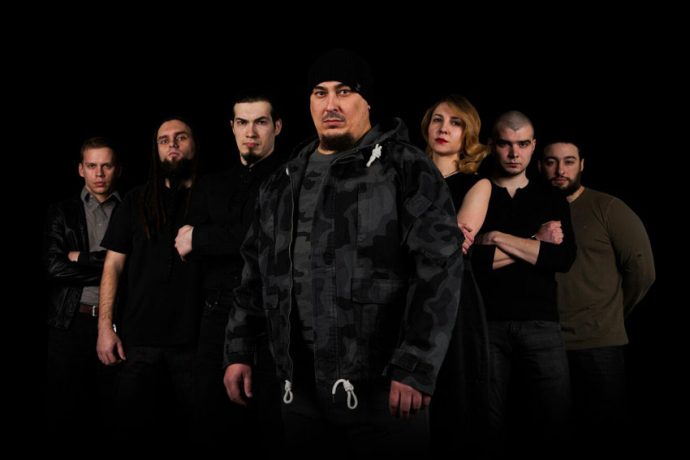 The album represents the culmination of a decade-long journey which saw an original trio of musicians (bassist Zubarev Arseniy, guitarist Clindukhov Ivan, and drummer Terentyev Konstantin) expand their musical ambitions and draw additional creative people to their side, which resulted in further changes to the band’s evolving sound. That has resulted in a stylistic amalgamation that isn’t easy to sum up, but could be said to incorporate elements of doom, melodic death metal, and gothic metal, with the compositions displaying a certain avant-garde flair at the same time. 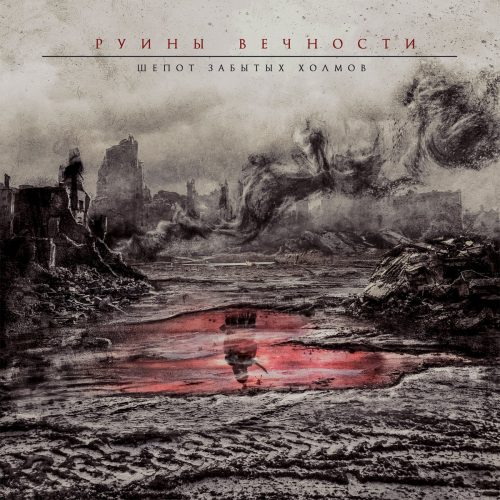 “Танк“, in particular, is a beguiling study in contrasts, with a richness of sonic textures that adds to its enthralling impact on the listener.

In some of its aspects, it’s heavy and harsh, the product of battering drumwork, deep grinding bass notes, abrasive riffs that have a martial quality (hammering like pile-drivers, slashing like swords), and massive vocals that sound like the growls and barks of a huge mastiff. All of that produces the effect of a dark, thundering storm that staggers the senses.

On the other hand, the music also has a haunting, spectral quality, a mood created by the wordless, ghostly wailing of the band’s female soprano, eerie string and guitar melodies, and a piano solo that itself hints at strange disturbances.

All of these qualities (and more) are woven together in a way that causes the mood, the velocity, and the stylistic shapes of the music to change in unexpected ways. And that’s part of its fascination. It’s the kind of song in which you hear something new with repeated listening.

Шёпот забытых холмов will be co-released on October 20 by GrimmDistribution (Belarus) and Murdher Records (Italy), with artwork by Mayhem Project Design. Pre-order info can be found through the links below, and we’ve also included streams of two other songs from the album along with our premiere: “Кто будет первым?” (a free download at Bandcamp) and “Победа для мёртвых“.