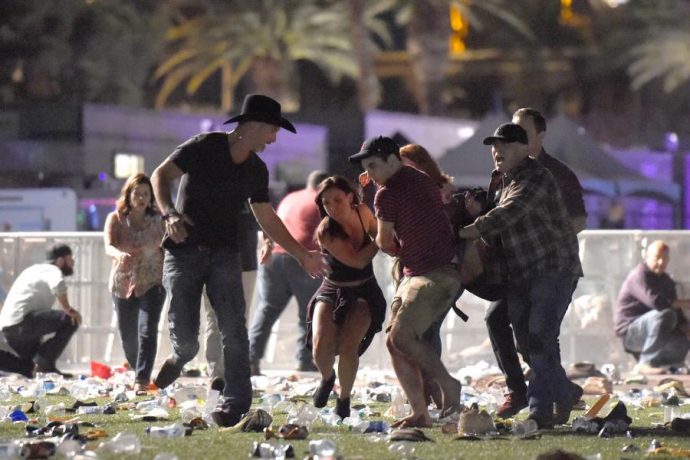 Anyone who pays any attention knows this:  Every day is filled with tragedy, somewhere. We go on here, as everyone else does, because what else are we to do?

I think at some genetically encoded level we know death as well as we know anything. We repress the experience, we fight it, but we know it in our marrow. And we go on with our lives anyway, even when death intrudes in some particularly horrific and incomprehensible way, because in an unthinking way we’re geared to survive.

Enjoyment of our survival is tinged with guilt on days like yesterday and today, as unreasoning as that is. Still, we forge on, because every living thing is driven to do so, even living things as self-destructive as we are, with our giant, toxic, and beautiful brains. 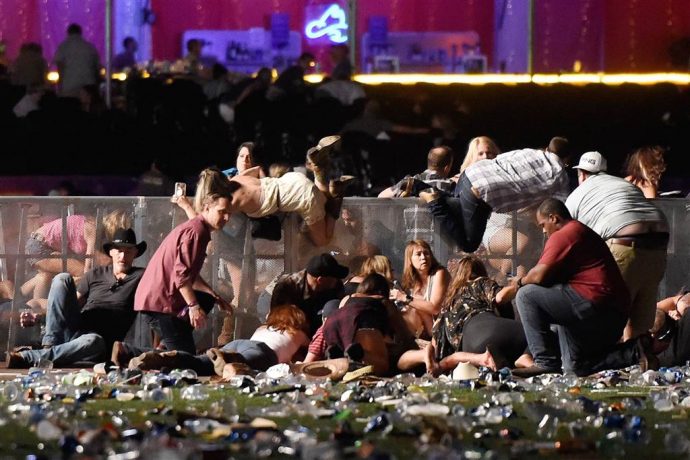 Every day presents a tragedy, and only the equally genetically coded mandate of tribalism makes those of us in the U.S. feel what happened in Las Vegas more intensely than what happened in any other country yesterday. There’s no logic in it, but the pain of death has never been something to which reason applies. We’re reduced to the most primitive, the most ancient, the most anguished and fearful fundaments of our ephemeral existence when it’s forced into our awareness in such titanic fashion.

We’ll go on here. You’ll go on, wherever you are. We must. We can’t resist the drive to live.

But anyone who denies the true grief that should come from the sacrifice of innocents, anyone who twists the pain of needless, permanent loss into nothing more than a rhetorical flourish, and doesn’t feel their heart break at the wreckage of lives and families and the nuclear devastation of whole futures that unborn generations will never know, those people have become dead while alive.

If only we could all feel this anguish when we witness the torment of every tribe, of every collective of people victimized by other people from other tribes, or simply by the savage insanity of those twisted individuals who have lost their ability to breathe in the wonder of life in any form, or by the uncontrollable consequences of nature in its mercurial titanism. Such a horrible paradox, that we are in some way encoded to feel most intensely only the loss of people we recognize, and not the torturous experiences of people we don’t fully comprehend. But maybe that’s part of how we survive.

Let’s face it, we can only comprehend so much, our feelings are only strong enough to touch so much death intimately, before we stagger and fall. And constantly falling isn’t a good survival trait. So empathy is modulated with the need to breathe and lurch ahead.

But though it may mean nothing, and though it may have no logical or ethical support, I can’t help but observe this one moment of silence. I confess that I’m a member of my own fucked-up tribe, even if I wonder why I am.

But I will also eventually look to the sounds of rage and doom and remembrance and triumph that will carry me through. Music gets me through days like this, along with the company of people I love and cherish even more because they have not (yet) become targets in a slaughter ground. Not yet. But just now, I want nothing in my head but my own precarious thoughts.

Okay, I couldn’t really remain soundless for very long. Oddly or not, this one is what I sought out first, a song I wish were ten times longer.

P.S. I wrote this last night. Re-reading it this morning, I realize that the alcohol may have hit me harder than I knew.

P.P.S. Thanks to social media, I’m pretty sure anyone who wanted to get something off their chest about what happened in Vegas, as I did when I wrote this, has already done so. But in case you still want to share any thoughts in the comments, you’re welcome to do so.

P.P.P.S. This morning I decided to add one more song below.

6 Responses to “A MOMENT OF SILENCE”