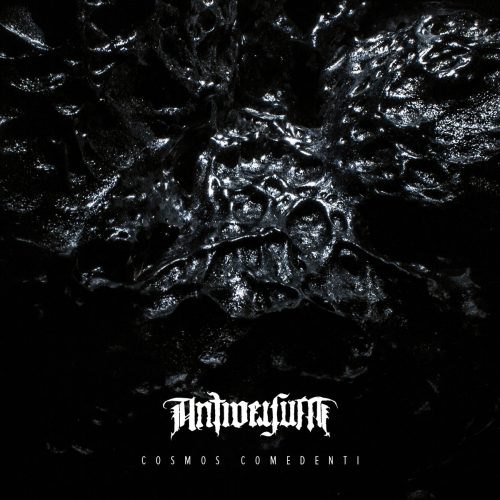 Two and a half years ago we premiered Total Vacuum, the debut demo by the Swiss band Antiversum shortly before its release by Invictus Productions. As we wrote then: “Whether crawling through a frigid pit of doom or spooling up to a blasting maelstrom, Total Vacuum has the capacity to engulf your mind — and bite down on it hard. It’s a potent, atmospheric offering of alien black/death that’s cold, hostile, and thoroughly gripping.”

The demo was so strong in so many ways that we have been eager for a further Antiversum release, and now the wish has been granted. On October 20th Invictus will release the band’s first full album, Cosmos Comedenti, and we have the pleasure of presenting the album’s title track. 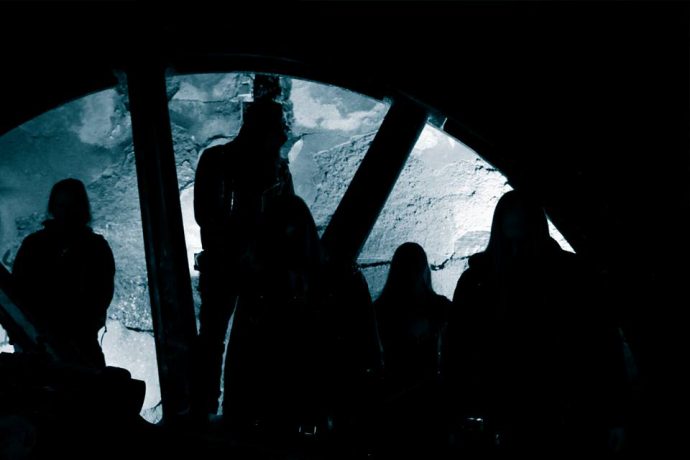 The premiere of one other song preceded this one — “Antinova“. To crib from what I wrote upon discovering it: “At the outset, this one is catastrophically crushing and as cold and alien as the voids between the stars. But even in the slow opening of the song, you get hints of the volcanic explosiveness to come — yet the music never loses the atmosphere of otherworldly terror that begins building from the first seconds, and indeed it becomes more and more harrowing as the deep grinding riffs, staggering rhythms, and monstrous vocals burrow into your skull.”

“Cosmos Comedenti” continues the band’s display of stunning power. It is chillingly ominous and mysterious, but also spine-shattering. Integrating elements of black metal, death metal, and doom, it builds an atmosphere that’s frigid, heartless, and unnerving.

The dark, deep, torrential riffing is cyclonic in its impact, and the sound of the drums seems capable of cracking the earth’s mantle, delivering an array of convulsive blasting, avalanche tumbling, and brute-force detonations that impact with tremendous force. At first, tortured shrieks and cries echo in the distance, and then, joined by truly horrifying roars, these blood-congealing voices become more pronounced and even more frightening.

Shards of guitar dissonance flare through the maelstrom, pealing up and out, and a bleak melody slithers rapidly through the storm. There are well-timed breaks in this vortex of rampant and harrowing sound, breaks that underscore the haunting and oppressive aspects of the music. With all these ingredients and more all joined together, Antiversum have created an unsettling and senses-staggering experience.

On the strength of just these first two revealed songs, there is little doubt that Cosmos Comedenti will be one of the year’s stand-out releases. Listen to both of them below.