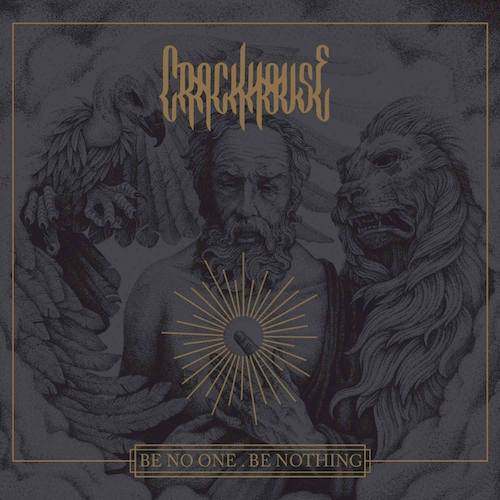 When you see a band name like Crackhouse and an album title like Be No One, Be Nothing, you don’t expect uplifting music. And in fact, this French trio traffic in the bleak reverberations of sludge and doom, amalgamated with body-moving riffs that provide a link to stoner metal. But such genre references, while useful, don’t fully prepare you for what Crackhouse have accomplished on this, their debut album. I certainly wasn’t prepared for the stunning intensity and wholly devouring experience that the music presents when I first listened to it.

On the surface, Be No One, Be Nothing can be intimidating. The idea of an album that’s more than 50 minutes long but is divided among only three songs that range in length from more than 11 minutes to more than 22 would cause many people to take a very deep breath. It might deter some people from giving the album an opportunity to join their rotations. I hope that doesn’t happen, because the record really is remarkable — and you’ll have a chance to discover that for yourselves through our premiere of a full stream today before its October 6 release by Argonauta Records. 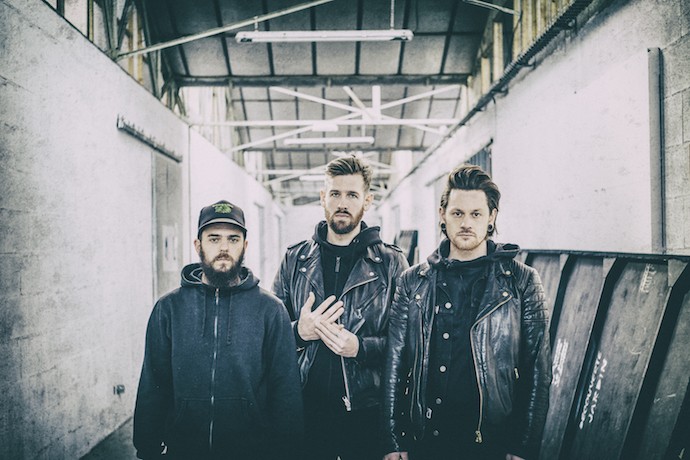 What Crackhouse display in spades, even in the challenging context of composing and performing such very long songs, is a firm grip on what’s needed to make music that will itself exert a firm grip on the listeners’ throats, music that physically shakes your body as if it were a rag doll, spellbinds the mind, sticks its gnarled and clawed hands into your heart, and pulls out the most painful memories you thought you’d sealed away,

The ability to craft such long journeys in a way that makes them so immersive and transfixing is uncommon. Monotony and boredom aren’t risks here, in part because the music is so terrifically intense. And on the other hand, that intensity is modulated in ways that prevent the listener from becoming exhausted. Could they have shortened these songs? Of course they could have, but the depth of the emotional impact would have been reduced as well. Rather than coming off as self-indulgent or excessive, the songs instead seem like massive forces of nature — and they are often just as awe-inspiring and terrifying.

Almost everything is drenched in echo and reverb, all the effects well-calculated to enhance the staggering, shattering power of the sound. The impact of the drumming is stupefying, and not just because it sounds like bombs going off inside your head. The changing patterns, progressions, and tempos display a sharp command of what’s needed, and when, to overcome the challenges posed by creating tracks of such significant length. Simply silencing the drums proves in itself to be a way of riveting attention, especially when what follows are slow, echoing guitar melodies that ache like the memories of loved ones taken by death.

The riffs are themselves massive, head-mangling, head-moving. When surging ahead, they put you in the presence of a mauling juggernaut. At slower rhythms, they become grim, brutish, reality-warping, apocalyptic. The cold, corrosive vibrations of the bass augment the undercurrents of viciousness and violence that are an important aspect of these songs, but not often found in music branded as sludge/doom/stoner.

Dismal yet mesmerizing leads moan like spectres, they seep into your skin, in your mind’s eye you watch your skin fester and turn black. Near the end of “Burden” the spell-binding, heart-aching melody revealed in the song’s mid-section morphs, rises, and shimmers like boiled nerves. The guitar buzzes in a grim frenzy in the climax of “Harva“, the melody then becoming pulsating and magnetic. In “Realm“, the notes tumble in a fever, cry out in deranged grief, ring out in a disorienting dissonance.

The vocals in the songs are relatively sparse, but always wrenching in their effect. There seem to be two voices here, one that calls out in tortured wails of pain, one that roars in a fury, like a mad prophet moments away from being immolated at the stake. Especially when they operate together, venting gales of torment and rage, they shiver the skin.

I can’t think of another 22-minute song I’ve heard that has held my attention quite like “Realm“. I was on the edge of my seat the entire time. It’s the only one of these three tracks that contains moments of genuine beauty. In fact, it starts that way, with the sound of ethereal notes and light ambient shimmer; the introduction has a mystical, wistful quality. And then the rhythm section comes in and the music dives like a bathyscape, the crushing pressures increasing by orders of magnitude, that opening melody continuing to ring out as if fighting to escape the increasing blackness of the depths. There is a dreamlike quality in that duality of sounds and sensations.

The music begins to rumble and surge, the drummer launching a stunning, high-speed, tumbling assault, the guitar becoming frenzied. When the pace subsides in the middle, enormous drum booms and ghostly reverberations create a chilling atmosphere. More changes come, all of them aiding in the song’s strangle-hold on your emotions. And given the critical role of the drumming throughout the album, it seems fitting that this monolithic record ends with nothing but the drums.

Formed in Tours (France), Crackhouse is: Jean-Baptiste Carton, Simon Morlec, and Guillaume Vailant. For information about how to acquire the album, check these links:

3 Responses to “AN NCS ALBUM PREMIERE (AND A REVIEW): CRACKHOUSE — “BE NO ONE, BE NOTHING””