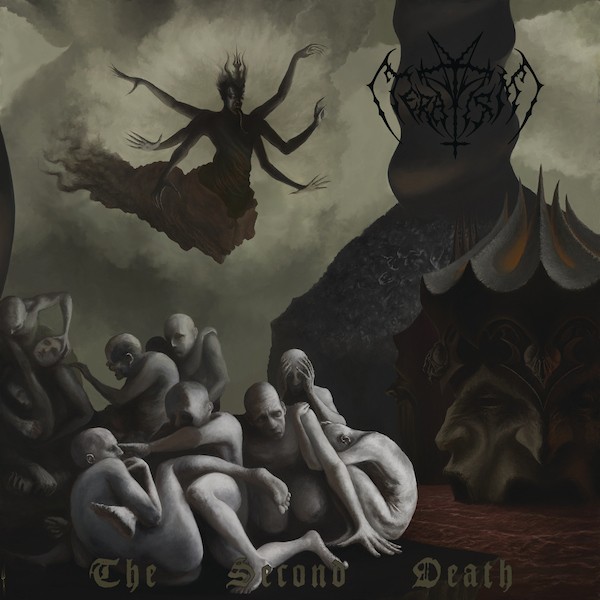 I’m going to begin this revelation of news by quoting from something that Krieg’s Neill Jameson wrote about Teratism here at our site in April of this year:

“So many new bands are getting smoke blown up their ass because they use a dark occult look, mostly achieved with witch hats and an outfit that sort of looks like the KKK but that’s ok because they sing in Sanskrit. You’d think a band like Teratism, who have been around for quite some time, would be at the top of the heap of popularity but that would mean you’d also believe that most people prefer substance over style.

“Teratism are a uniquely dark band, thinking-man’s black metal, who create an encapsulating atmosphere live but one where the visuals, while obviously important, are only a method of adding to the experience.

“Fans of Inquisition and Nightbringer should take note. Hopefully there will be a release of a full-length that has been in the works for a while.”

Well, take a wild guess about the news from Teratism that I’m about to share with you, and everyone else.

This is it: We are authorized to report that Teratism is nearing completion of its fifth studio full-length offering, The Second Death. As you can see, we have obtained the striking cover art, and we have learned these additional details from the band: 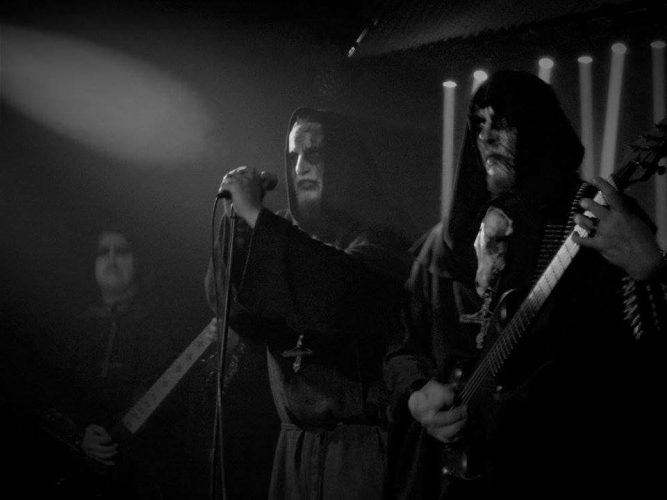 Originally planned for release in 2014, logistical and lineup changes beyond the band’s control necessitated several returns to the studio to redo various arrangements and re-record some entire parts. Finally complete and nearing the mastering stage, the album is undergoing final touches under the mixing finesse of drummer Defiler and album lyricist/bassist Gilles de Rais.

“It’s almost as if Teratism albums are living, demonic beings,” confesses de Rais, “and each new demon we conjure into the universe initiates us into its own forbidden consciousness through real, tangible suffering. These are works of real magick, and each of us whose blood is signed on the contract must pay a very real price to bring them into existence.”

Artwork for the album has recently been completed by underground maestro Worthless (Famine), whose sinister craftmanship has adorned the covers of extreme metal icons including Incantation, Abazagorath, and Loudblast, for what is looking like an early-2018 release.

“Lyrically and in terms of its content, The Second Death is a reaffirmation, a pact of allegiance between the soul of the witch and the Devil by means of ritual finality—a commitment to burn in the lake of fire posited by the Book of Revelation if necessary. It is an oath of eternal suffering in Hell,” Gilles continues.

“Each song, through incantations and the evocation of specific demon princes, takes the dying Satanist through the stages of physical death and, subsequently, as the postmortem body begins to decay, the music bears the listener on an increasingly spiritual journey or psychopomp through the spheres of unending condemnation, culminating in the final initiatory sphere of incendiary totality, The Second Death, which, through the power and magick of the witch, is transformed over an eternity of eternities into an undying, demonic Paradise as the universe itself is consumed in fire.

“The Second Death is our manifesto of continued solidarity with the Prince of Darkness, our ongoing recognition of Satan as the Prime Mover and Supreme Being of black metal, and, as veteran priests of that infernal faith, the public commitment of us as magicians to see the experiential universe itself burn to the ground forevermore lest we forget the blazing face of that Supreme Being.

I hope to have further information about the album in the coming months, including music to share. But for now, you can revisit (or visit for the first time) the two-song demo entitled Prelude To the Second Death that Teratism released in 2013 (reviewed here). The stream is below, along with links where you can find other Teratism releases and stay abreast of the band’s activities.

2 Responses to “TERATISM: THE SECOND DEATH DRAWS NEAR”