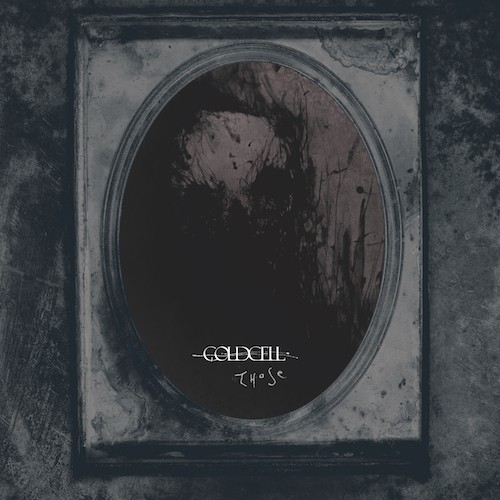 “ColdCell is the musical manifest of the modern individual’s prison: The modern new world, the globalized, digital society, a virtual designed image. Humanity as a sick species without consciousness, arbitrarily exchanging its gods, its ethics, its principles, isolated within the anonymous masses. The only benchmark is mammon, the individual is lost within stimulus satiation and shallow-brained social networks.”

The bleakness of this Swiss band’s worldview is manifested again in the name they chose for themselves, reflecting both the idea of “a constructed, bred human cell, produced and used for industrial purposes: human being as a single wheel within the system”, and as “a metaphor for the isolation arrest of the individual, lost within the masses, needing no connections”.

And it is further reflected in the music, as you shall see. What we have for you now is a track called “Tainted Thoughts” from ColdCell’s new album, Those, which will be released on November 3 by Czar of Crickets. 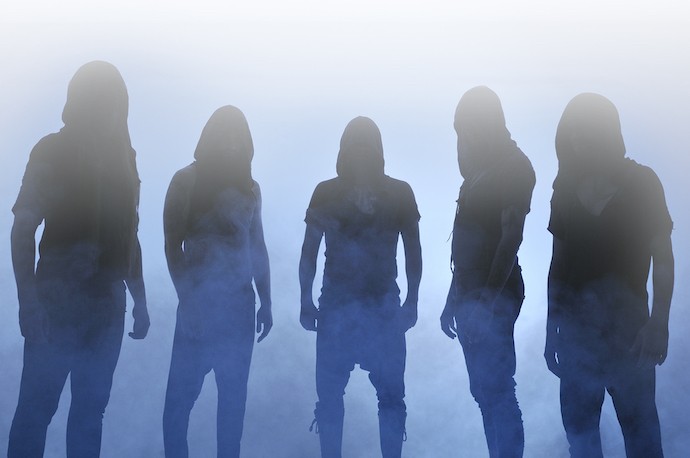 If you are unfamiliar with ColdCell (whose line-up includes two members of Schammasch), the band was formed from the ashes of Atritas, a black metal band with history in Basel, but although atmospheric black metal is the backbone of ColdCell, the music ranges far into other territories as well, all the better to achieve the band’s disturbing visions.

“Tainted Thoughts” is a long piece, and a thoroughly unsettling yet mesmerizing work. Haunting and harrowing, ebbing and flowing in its intensity, it has a persistently cold and supernatural atmosphere. Mid-paced at first and launched by dissonant, abrasive riffs, it quickly generates an aura of gloom and peril, augmented by mountainous drum booms and eerie chiming notes. The music builds to a frenzy of boiling tremolo riffs and pneumatic drum bursts, the mood becoming hellishly orgiastic. When the blood fury subsides again, dismal notes reverberate in your skull and a slow bass thrum grips your pulse.

The vocals are a vital part of the music’s fascinating but disorienting impact. They are chameleon-like, changing among harsh growls, livid shrieks, and delirious cries of agony — and none of those sounds is reassuring, or offers any glimmer of hope. Powerful music deserves a powerful voice, and both are present in this arresting track. 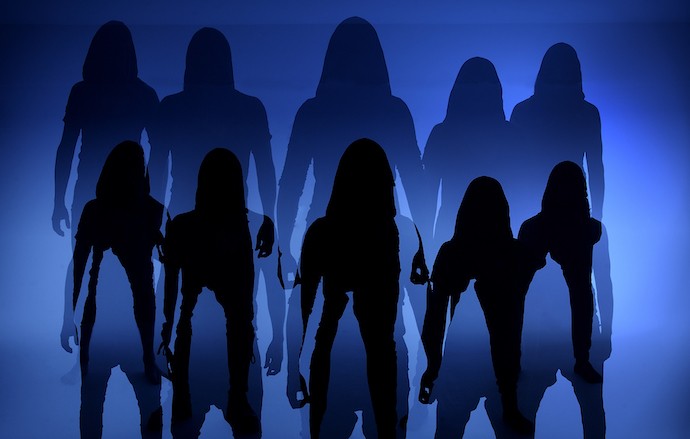 Those is ColdCell’s third album. It was recorded, mixed and mastered by Victor Bullok at Woodshed Studio (Dark Fortress, Triptykon, Farsot, Schammasch a.o.).

One Response to “AN NCS PREMIERE: COLDCELL — “TAINTED THOUGHTS””