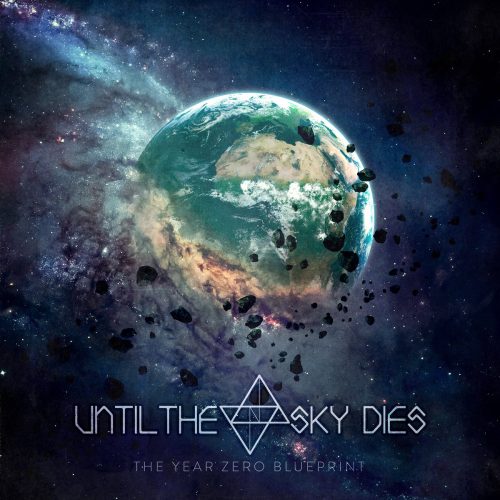 Are you starting to think about Halloween? Do you have your creepy costume all picked out? Started making bags of candy salted with broken glass for the neighbor kids? Wondering whether your little visitors will notice the stink from the bodies you buried under the house? I’ve got just the thing to help get you in the right mood, some music you can just keep running on a loop between now and sunrise on November 1 — although even if you listen to it just once, the odds are it will run on a loop in your head anyway, whether you want it to or not.

This song we’re premiering is a gnarly bit of nastiness, a real monster mash. I have no reason to believe it was written with Halloween in mind — in fact, the concept behind it is quite a different tale — but it really does seem perfect for the occasion. The title is just a Roman numeral — “IV” — and the diabolical creators are the two men behind Until the Sky Dies. It comes from their debut album, The Year Zero Blueprint, which Cimmerian Shade Recordings will release on November 3rd. 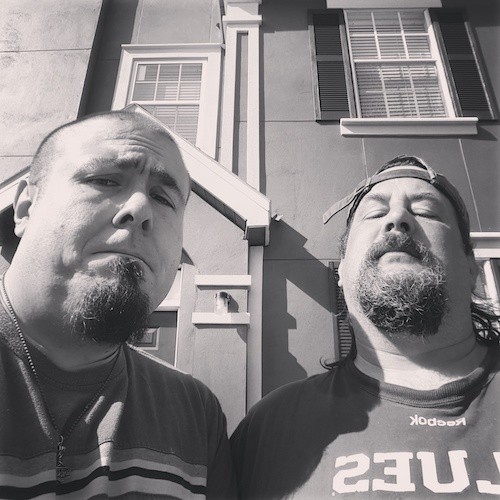 Those two men who make up this project are Clint Listing (Grizzle, Long Winters Stare, As All Die, Broken Hands For Brilliant Minds, Black Depths Grey Waves), who handles vocals, guitars, bass, and effects, and Ryan Michalski (Cosmic Punch), who performed all the lead guitar parts as well as drums.

Because I was unfamiliar with the other projects of these two dudes, I didn’t know what to expect when I came across the first two singles from the album about 10 days ago. They boggled my mind. Or maybe “infected” is a better word than “boggled”.

Those tracks were numbered “I” and “VII” (all the album tracks are identified by nothing more than Roman numerals). I might as well just repeat what I wrote back then (because if I don’t quote myself, who will?):

I’ve never learned any form of ballroom dancing, but if there’s a school in Hell that teaches how to waltz, I can imagine that “I” would be the music they use for instructional purposes. I found myself wanting to swing and sway as I heard it, though the deep, craggy horror of the main vocals and the gritty distortion in the music made me think I probably shouldn’t listen to the song in a pitch-black room where I couldn’t see what might be coming up behind me. There’s something kind of unsettling about the second voice heard on the song, too (which reminded me a bit of Neil Young).

“VII” isn’t as lively at first. It has a more doomed and apocalyptic atmosphere in its opening segment, with that craggy voice elevating in range, but no less capable of scarring the mind. And then the song starts to rock, but it still sounds like something unearthed from a deviant record collection in Hell.

And it turns out that the song we’re presenting today is just as much of a surprise as the first two — because Until the Sky Dies were clearly just having a shitload of fun putting their own twisted spin on a fully stuffed grab-bag of ideas, though there is a kind of organizing concept behind the album as a whole. To quote Clint Listing:

“In a distant galaxy’s past, The Gods create life without freewill, until one is born with this blueprint imprinted and the great change begins. Hive mind versus independence.”

As for how “IV” fits into the blueprint, here’s Clint Listing again:

“Surf rock meets Avant Metal …This is our Dick Dale meets Melvins moment. The story continues 2,500 yrs into mankind the Creators lose track and forget to imprint one soul with place in society and free will begins.”

“IV” really does sound like surf rock, but processed through the mind of a serial killer. It’s got that familiar head-bobbing surf-rock drum rhythm (though slowed down for extra calamitous impact), but the beefy, distorted riffing has a ghoulish, night-dark atmosphere, and the lead-guitar harmonies are slithery and demented. There are other spooky horror-show melodic accents in the song, and the voices sound like monstrous cannibals gnawing bones and spitting acid caustic enough to etch glass.

Well, I mean that’s how I hear it.

But I’ve already admitted that Until the Sky Dies has infected my brain.