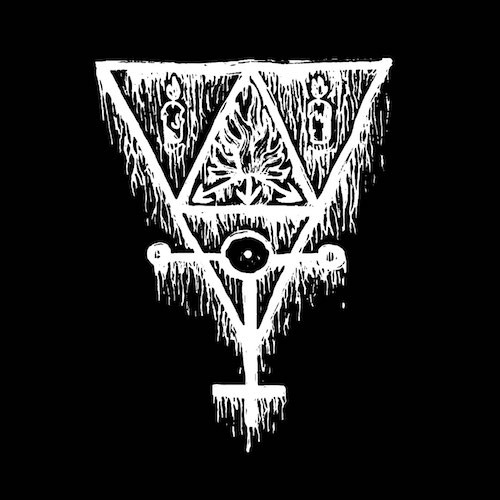 We are told that Voëmmr recorded their debut album Nox Maledictvs during two nights in an abandoned farm in the Portuguese countryside. What we are not told, but may infer from the sounds they’ve created, is that they were not alone, but instead participated in a communion with spirits of the dead, assisted by witches, warlocks, and shape-shifting, void-dwelling entities stinking of sulphur.

This is an album both bewitching and toxic, bewildering and beguiling, haunted and terrifying. It is entirely fitting that we present a full stream of the music on Samhain, that liminal time when the veil between our world and the Otherworld is tissue-thin, that old festival of darkness when black magic most easily parts the veil. The album is being released today by Harvest of Death, a division of Signal Rex, and you may listen to all of it below.

Voëmmr are a secretive group ensconced in the Portuguese raw black metal scene, a part of the Aldebaran Circle which includes Ordem Satânica, Trono Além Morte, and Occelenbriig. Yet although you wouldn’t put the group under any genre heading other than black metal, it’s not exactly black metal in any conventional sense of the term either.

It does sound like it could have been recorded in an abandoned farmhouse, with a rough, raw, demo-like quality to the sound. The guitar has a scratchy, tinny quality that’s inherently abrasive; the reverberation of the organ chords create a spooky shimmering  effect that could easily be mistaken for the wails of poltergeists; the drums have a natural tone, as if recorded in a basement or a dungeon; and every track sounds like it was captured in one take.

There is also an improvisational quality to what happens in the music. At  times, the guitarist erupts in rapid flurries of deranged strumming, creating boiling cacophonies that might not seem to have much connection to the rhythms of the music. At other times, the band abruptly stop altogether — in the middle of the song — observing moments of silence before resuming. And the vocal outbursts can sometimes seem random in their appearance.

“Outbursts” is in fact an understated description of the vocals. The banshee shrieks are truly excruciating expressions of torture and incinerating pain, and they come close to tearing the listener’s mind into tatters. And that’s without mentioning the goblin howls, wolfish cries, and weird wailing that also join in. 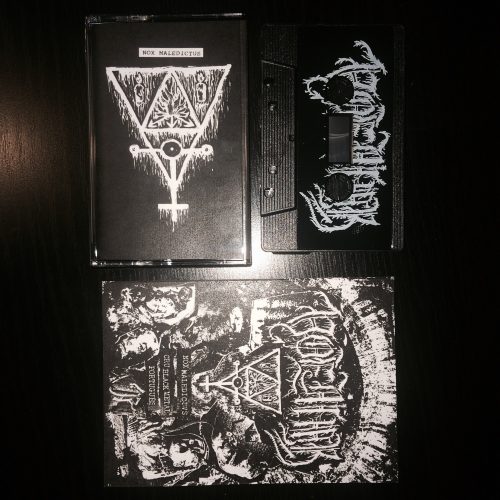 The eight tracks on the album seem divided into two halves, four of them numbered with the word “Nox” and the second group of four numbered alongside the word “Maledictvs“. And there are a few discernible differences between those two groups. The first two “Nox” tracks have an eerie death/rock vibe — they do rock, and the spectral leads and ghostly organ chords are exceedingly eerie. The third of those, however, which is introduced and concluded with the sound of a chilling wind, is just pure tension-ratcheting, skin-shivering frightfulness, while the fourth one is both uncomfortable and seductive, loaded with dynamic drum rhythms and demented guitar work.

It may be overstating things to say the “Maledictvs” tracks reflect a change — they still retain most of the same qualities as the preceding four, but they seem more “atmospheric”, more stripped of rocking rhythms and recognizable riffs, and even more deeply haunting. The drums seem more given to hammering drives, the organ overlay and bass more prominent, the role of the guitar more relegated to providing bursts of crazed emanations or a background haze of abrasion. But again, I may be overstating the differences.

What I don’t think I’m overstating is how weird and witchy the music is. But as jarring, as eerie, and as pestilential as the music can be, I found it fascinating — and hope you will, too.

To order the album, check the links below.