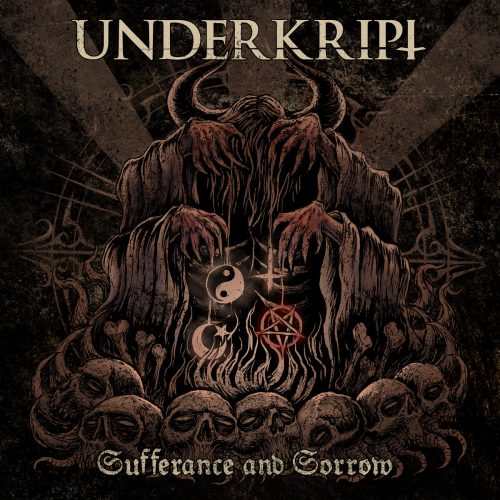 (Here’s TheMadIsraeli’s review of the debut album by the UK band Underkript, which was released yesterday.)

The Brits had a mini scene explode for a short period of time a few years back; a combination of progressive thrash metal, melodic death metal, and various metallic hardcore elements came into play. Sylosis is the most notable name in this movement, and they’ve been the best at it. At least until now.

Underkript are an impressive rookie band hailing from Hull, UK, who label themselves somewhat incorrectly if you ask me. While touting a melodic death metal label, Underkript play more a brand of technical progressive thrash metal with a good bit of New York Hardcore and modern extreme metal sensibilities. The songs are pretty lengthy, the riffs are relentless, the vocals are scalding with angst and militancy, the melodies stoic and somber, the drums like inter-dimensional artillery fire. Underkript have got the “it”factor, if you ask me. Sufferance and Sorrow is the name of the band’s debut. 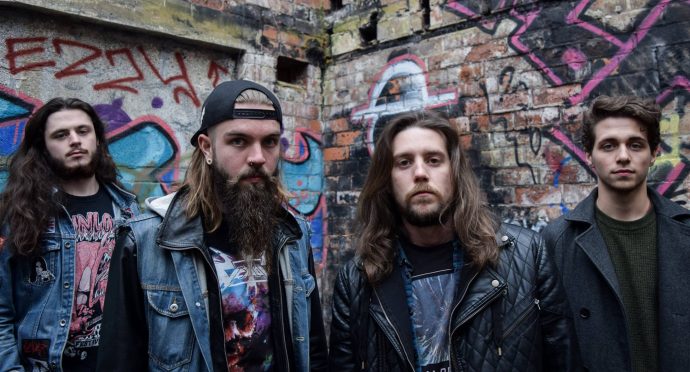 Underkript consists of guitarists/vocalists MJ Anderson and Kane Avery (their self-founded A and A Records label is releasing this album), Josh Wilkinson on bass, and human-M60/drummer Patrick Ralph, all of whom are apparently music students at The University of Hull.

Beyond the initial descriptor I gave, if I had to provide summary comparisons for their sound, I would mention names like old Metallica, Forbidden, Testament, Pantera, Sylosis, The Crown, Ringworm, Merauder, Terror, Unearth — all of these bands and a few more come to mind.

Underkript is carried pretty hard by the riff output of Anderson and Avery. The riffs are an exercise in perpetual momentum, sharp as a serrated knife and acrobatic, while remaining grounded thanks to the band’s willingness to bring some Pantera or Machine Head-esque groovy heft into the mix. Eight strings are employed with a great deal of range usage, quite a bit more than what’s average with such instruments. MJ Anderson’s vocals, which take the lead, also stand out in their stoic bitterness and inflections of focused human anger.

When the band isn’t riffing up a sonic speed storm, they LOVE huge melodic refrains full of lead melodies, dual guitars, and virtuoso-level shred. It’s a tried and true song-writing formula, but given interesting new life because of the band’s influence pedigree at work.