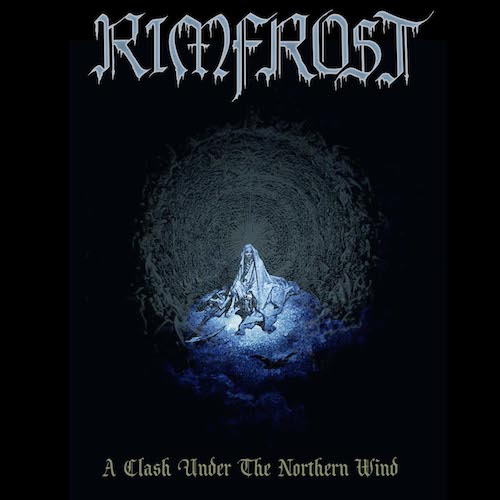 Last year the Swedish black metal band Rimfrost released their self-titled third album, which itself came seven years after their second one, Veraldar Nagli. But it appears we won’t have to wait such a long stretch of time for the next Rimfrost full-length. They are working on it now, and in fact today we present a substantial new single from the next album named “A Clash Under the Northern Wind“, which will be released on all major digital platforms by Non Serviam Records, including Bandcamp, on November 11.

Rimfrost explain that the new single “is a taste of what will dawn on everyone after the bands latest release”, and that the song is “dedicated to the Swedish county Värmland, and in particular our hometown Hagfors, where the band formed and founding members grew up”. “It is a celebration to the history and the dark mystic forces embracing the nature and its own being.” 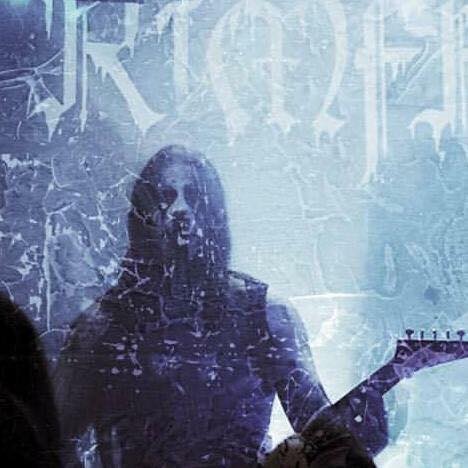 It is an epic-length song, nearly 11 minutes long, and has the sound of an epic as well. With changing moods and changing intensities, it includes the mid-paced cadences of a militaristic march as well as the hard-charging, black/thrash gallop of a cavalry assault, the head-moving hammer of big piston-driven riffs and the scourge of blast-beat chaos.

The splashes of melody that give vibrant color to the song also change. At times there is an atmosphere of majesty and mythic grandeur, with heroic clean vocals taking the place of the usual harsh howls, and at others the melody is spectral and mythic, or deeply melancholy — the song ends with a solo that aches with grief.

Now, enjoy our premiere stream of “A Clash Under The Northern Wind“, and look for it at the Bandcamp page linked below.

5 Responses to “AN NCS PREMIERE: RIMFROST — “A CLASH UNDER THE NORTHERN WIND””