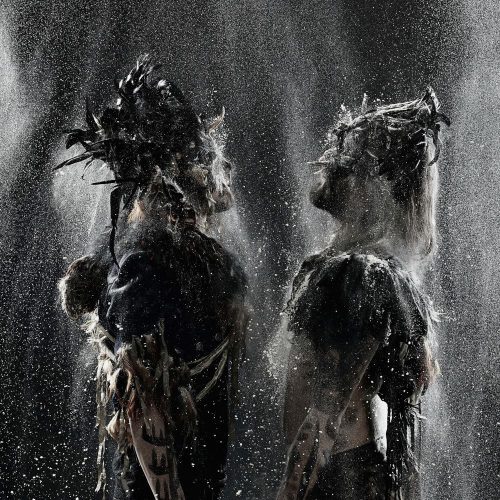 The following article is less of a review and more of a… recommendation that you check out the band Nordic Giants, whom I recently discovered at this year’s edition of Damnation Festival (yes, I realise I’m late to the party on this, but that’s the joy of festivals, you can stumble upon something entirely new and wonderful completely by accident).

Now, a word of warning – though the majority of their songs are instrumental, the duo also make use of guest vocalists now and then, so there is some (utterly sublime) clean singing involved in a number of their tracks.

As a matter of fact, the band in general are a walking (but not talking) exception to our general rule, in that they’re not actually a Metal band at all, but I can definitely see their particular brand of dynamic, cinematic Post Rock appealing to fans of everyone from Junius and Sólstafir to Sigur Ros and latter-day Ulver. 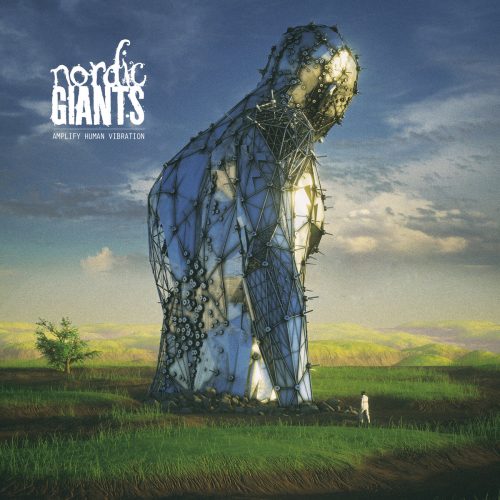 Thus far the enigmatic duo (who perform clad in self-constructed tribal masks/outfits, and go by the pseudonyms Rôka and Loki) have produced three EPs, a couple of singles, and two full-length albums, the most recent of which – Amplify Human Vibration – was released just last month.

Built around a foundation of swirling piano, gleaming synths, and hypnotic drum beats, seamlessly blending organic instrumentation and synthetic soundscapes, and liberally laced with additional esoteric elements – from blaring trumpets to shimmering guitar lines to poignant quotes from numerous thinkers and philosophers – the group’s music is capable of capturing both a sense of sweeping grandeur and touching solemnity, with moments of tender vulnerability sitting side by side with strident calls to action, making for an impressively immersive and multi-textured experience that is incredibly easy to lose yourself in.

Now I’m not usually one for the whole “you have to see them live to really get them” line of thinking, but in this case there’s definitely something to that idea since, as the band themselves state, the performance is the thing, and the clever use of carefully synced backing videos and intricate lighting – not to mention the simple fact of being able to actually see the duo pouring every ounce of energy and focus they have into their art – makes the duo’s live show an absolute must-see. Just check out the video from Monday’s show below for an example.

Of course the band’s message of progress and positive change, of growth and development away from dystopia (which is also a fantastic song btw) and towards a more utopian society, may be a little much for some people… particularly those in the Metal community whose only interest is in exploring and expressing the darkest facets of humanity… but if you’re willing to embrace the band’s hopeful, humanistic vision you might just find yourself enjoying one of the most uplifting and thought-provoking musical experiences of the year.