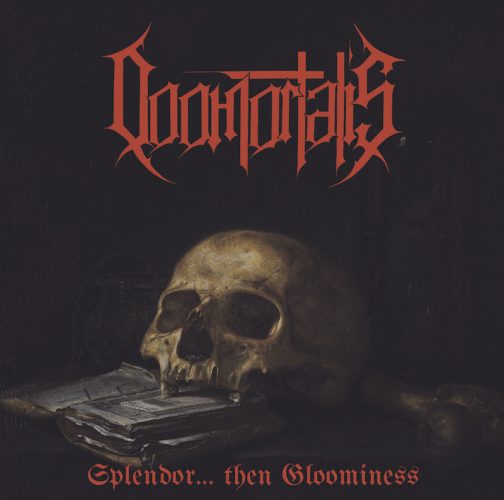 Earlier today we invited our readers to suggest candidates for our list of 2017’s Most Infectious Extreme Metal Songs. We have our own list of candidates as well, one that has been building in size over the last 11 months, and today I added one more to it — the song we’re premiering in this post.

The name of the song is “Transcendence To Final Eclipse“. It’s from a debut album entitled Splendor… Then Gloominess by Doomortalis from Irapuato, México, which will be released later this month by Chaos Records. It’s a pulverizing track, and it really gets its hooks in your soon-to-be-headbanging skull as well. 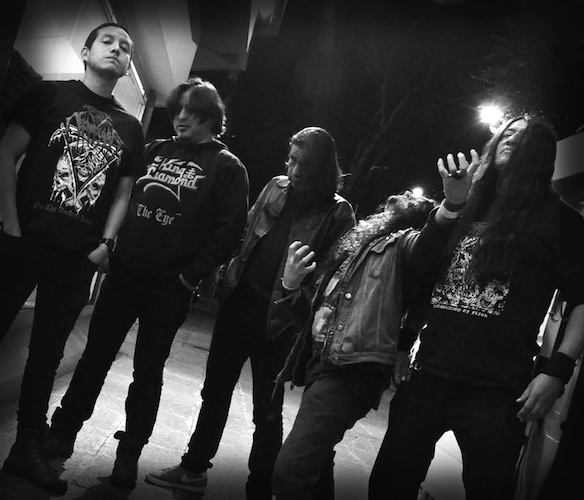 By way of introduction, Doomortalis was initially formed in 2010 by members of Supplicium and Necrooccultus. Their first studio rehearsal demo tape, 2013’s The Unknown Somber Magnetism, was released by the German label Bloodmonk Rite Productions, and it was later released on CD by the Mexican label Embrace My Funeral Records. Their debut album was recorded with Lord Brave (Agony Lords, Ominous Crucifix, Majestic Downfall) at BraveSound Studio.

You’ve undoubtedly guessed by now that this band have doom in their souls, and if you hadn’t guessed hat, you would have figured it out in the opening moments of the song you’re about to hear, when massive, corroded, bone-grinding bass notes appear, soon joined by a thick, warping riff and a grim lead that slithers like a giant python. But Doomortalis entwine their doomish proclivities with death metal in the old way, and so this track soon transforms into a destructive juggernaut of sound.

The toxic tone of that bass never disappears, but everything begins moving faster, driven by double-bass propulsion, titanic riffing, and boiling, darting leads. There’s a demented, fire-belching solo in the song, along with the vocalist’s humongous tyrannical growls and chords that ring out like trumpets of war.

And did I mention that the song is a huge headbanger?

Get into “Transcendence To Final Eclipse” below, and watch these spaces for further news about the album’s release:

2 Responses to “AN NCS PREMIERE: DOOMORTALIS — “TRANSCENDENCE TO FINAL ECLIPSE””