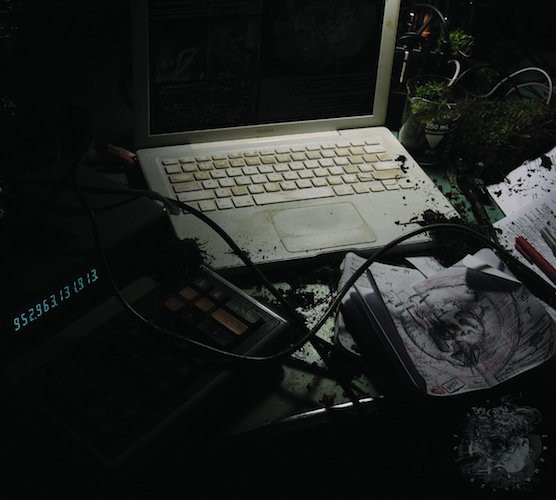 (We present Austin Weber’s review of the long-awaited (and very eagerly awaited) new album by Cleric.)

In 2010, the Philadelphia-based avant-garde metal band Cleric dropped one of the biggest mindfucks ever to appear in the modern metal era called Regressions. In a lot of ways, the album felt like the rightful spiritual heir to Mr. Bungle and Secret Chiefs 3, endlessly explorative and capable of churning out incomprehensibly dense and eclectic compositions that sound like nothing else out there.

It was fitting then that Regressions was put out by Secret Chiefs 3/ex-Mr. Bungle mastermind Trey Spruance’s label, Web Of Mimicry. To give you another prime example of Regressions‘ complex mind-bending insanity, a prominent Cleric trait which certainly holds true to the music on Retrocausal as well, Colin Marston once discussed their debut in an interview in the following way: “Regressions by Cleric took waaaaaay longer than any other record I’ve ever worked on. It’s also probably the most dense in terms of the sheer number and complexity of layers being heard at any given time.”

Now, with little pre-warning, comes the dawn of album number two, Retrocausal, with Cleric once again reuniting with Colin Marston to handle the recording, mixing, and mastering of another amorphous musical behemoth. 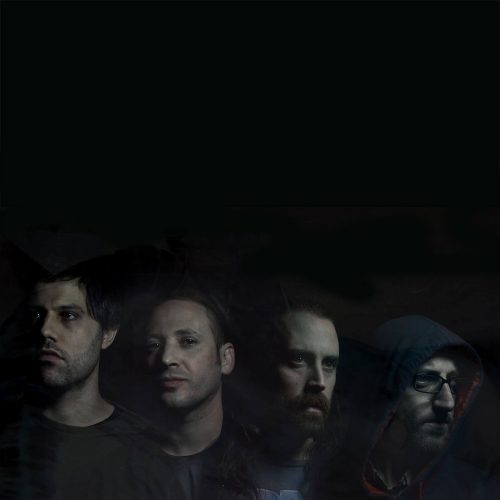 Beyond the accurate comparisons to both Mr. Bungle and Secret Chiefs 3 mentioned above, in both the ambitious scope and multi-genre blender approach to music that Cleric share with them, Cleric have a well-developed, Swiss-army-knife style of metal welded to their theatrical, noisy, and film-score-sounding layers, filtered through atypical labyrinth-like songwriting structures. While Mr. Bungle and Secret Chiefs 3 have always had metal in their blood, they often played it in various styles, whereas Cleric on Regression, and even further developed on Retrocausal, have a highly specific and zeroed-in mesh of metal influences that weave together like sheets of abstract armor on acid, terrifying yet complementing each other splendidly.

On Retrocausal, that takes the form of something akin to Fantomas-meets-Dillinger Escape Plan clashing with Converge, Botch, Meshuggah, and proggy sludge influences. But beyond that, I’ll quote our esteemed overlord Islander’s past description of Cleric’s music at NCS as well, since the music is so vast and expansive, so easily defying any simple singular description. He described them as “something like Portal, Blackjazz-vintage Shining, and Behold… the Arctopus communing in a hurricane. During an earthquake.”

Retrocausal also features a trio of guest musician spots from some highly talented players. This comes in the form of an extraordinary bit of violin playing by Secret Chiefs 3/ex-Estradasphere’s Timba Harris on album opener “The Treme”, followed by freaky-as-always guitar playing from Krallice guitarist Mick Barr squirming inside of track five, “Soroboruo”, an rounded out by a stunning and lengthy appearance by legendary jazz musician and esteemed composer John Zorn, who drops in on the epic album closer “Grey Lodge” with an awesome alto saxophone performance that winds and twists with the song as it progresses more and more deeply into sheer madness and cacophony.

Retrocausal is an experience on a high plateau all its own, an hour-and-fourteen-minute-long journey largely comprised of multiple nine-to-thirteen-minute-long massive compositions that are so far removed from how 99% of the music you hear is constructed and unfurls, that it’s much better heard than explained. Hell, even the shorter songs on Retrocausal encompass more ideas in a single piece than is easily digested and remembered even ten spins later. There’s no doubt it will be “too much” for some, but for those of us who like our metal adventurous, unorthodox, and breathtakingly ambitious, Cleric deliver heaven in metallic audio form on Retrocausal.

Retrocausal will see release on December 8th through Web Of Mimicry Records. Digital pre-orders are available via Bandcamp below, with CD pre-orders available at webofmimicry.com.