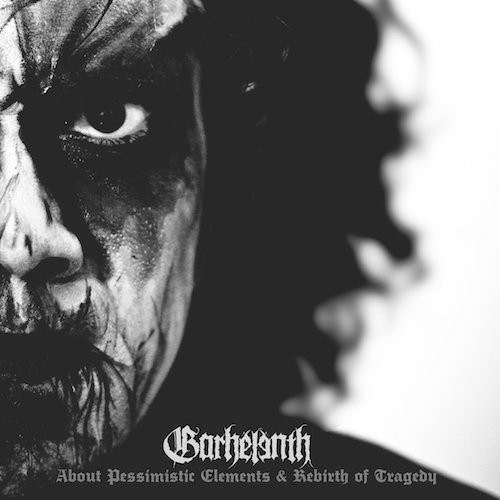 We are told that the name chosen by the two-man band Garhelenth (originally from Iran, then Georgia, and now based in Armenia) will not be found in any dictionary, in any language. It is instead a creation that has symbolic significance in the band’s occult philosophies, and it is black metal that forms the musical channel of their communication.

Gerhelenth’s new album (their second) is About Pessimistic Elements & Rebirth Of Tragedy. It will be released on December 14th by Satanath Records (Russia) and The Eastern Front (Israel), and from that album we bring you a stream of a track whose name is as gloomy as the album’s title: “Self-Humiliation“. 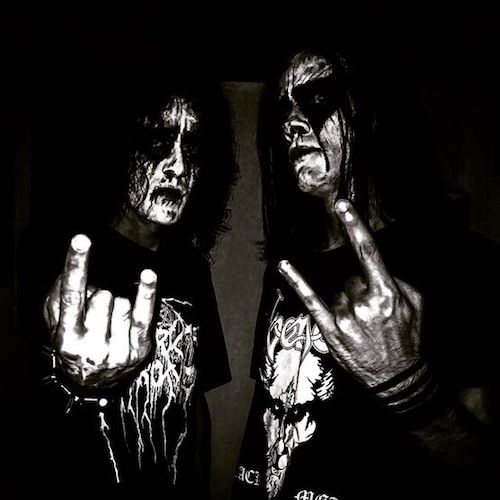 The song is indeed a dark and oppressive manifestation of wretchedness, but as bleak and disturbing as the music’s atmosphere may be, it attaches itself to the listener with a tight grip.

A martial snare pattern and grim strummed chords open the song, but as soon as the furious, flesh-scarring vocals come in, the riffing begins to rip and jab in a vicious frenzy. And while that torrent of savage sound does eventually give way to a funereal stagger laced by eerie, spectral leads steeped in grief and by anguished moaning voices, the music comes back to those head-nodding chords — and a cacophony of mad voices.

And so, the song proves to be both blood-freezing and blood-boiling, and it rocks as well as ravages. True to the album’s title, it’s pessimistic and poisonous music, but damned fierce as well.

We hope you enjoy “Self-Humiliation“, and we have also included a stream of the previously released “To Impersonal Mankind” (which is a free download at Bandcamp). Pre-order links are below.

TRACK LIST:
01. Pessimistically (Abolish The Idols)
02. Destruction Of The Will
03. Foolish Conscience
04. Self-Humiliation
05. To Impersonal Mankind
06. Moral To Pessimist
07. Perspective Of Exorbitant
Length – 29:00