Oh, you poor, innocent fools… did you really think I was done with you just yet?

Not only do I have a bunch of other reviews, plus another edition of The Synn Report, all set to roll out over the course of this week and the next, but I’ve also got yet another list for you after this one, so you needn’t worry that you’ll be lacking any content to keep you distracted from the grim reality of your lives this festive season.

One quick word of warning – the following list is neither kvlt, krieg, or kool… it’s just ten of the (many, many) songs that lodged themselves deep in my brain over the past twelve months, and which I felt compelled to highlight. Make of that what you will!

A HILL TO DIE UPON – GREAT IS ARTEMIS OF THE EPHESIANS

In my “Personal Top Ten” column I specifically noted that the Immortal-esque “….Artemis…” is one of the best songs that A Hill To Die Upon have ever written, and I stand by that assessment now.

It’s got style, it’s got swagger, it’s got riffs up the yin-yang and some perfectly powerful yet nuanced drum work, along with a bevy of steely-eyed hooks – both vocally and musically – designed to embed themselves permanently in your subconscious.

The new Benighted album is not only the best they’ve ever produced (and one of the best albums of the year), it also ends on one of the band’s best ever songs, the pugnacious, pugilistic pulveriser “Mass Grave”.

Strafing your eardrums with shellshock-inducing blastbeats, rampaging Death/Grind riffage (tinted with just the slightest hint of blackened belligerence), and a seriously pissed-off and punishing vocal performance form frontman Julien Truchan – plus one absolutely humongous, brutally hooky chorus – “Mass Grave” has enough energy to power a medium-sized city… and enough force to level it, if necessary.

If there was one track that was always going to make this list, with no hesitation and no questions asked, it would be this one.

Weaving gorgeous swathes of atmosphere and melody into the band’s already multi-layered blackened brew, “Ultra” is just so damn infectious and irresistible, from start to finish, with every single element – from the vehement vocals to the gritty, gripping guitars to the dramatic, driving drums – delivered with such a potent blend of passion and conviction, that it instantly won my heart the very first time I heard it.

And don’t even get me started on that spellbinding, a cappella finale…

It’s probably not that surprising to see a song from The Cicada Tree on my list, seeing as how I declared it to be my favourite album of the year not too long ago, but the question of which song to include wasn’t exactly a simple one, as there were multiple candidates all simultaneously vying for my attention and approbation.

But, in the end, it was the album’s fantastic closer that won the day, as it showcases the band at their very best in every aspect of their sound – from the multiple threads of intertwining and harmonising vocal patterns/styles, to the seamless blending of proggy melody and molten metallic riffage, to the superfluously brilliant songwriting which ensures that not a single second of its nine-minute run-time feels anything less than utterly vital and compelling.

DYSCARNATE – TRAITORS IN THE PALACE

Quite simply this is just a huge, hellishly infectious tune, which melds the moodiest, doomiest parts of Behemoth and Misery Index into one colossal sequence of chunky, churning riffs and pounding percussion, then laces the whole thing with subtle melodic barbs and utterly monstrous vocal hooks.

“TRAITORS IN THE PALACE / NOW MAKE WAY FOR THE KING!” 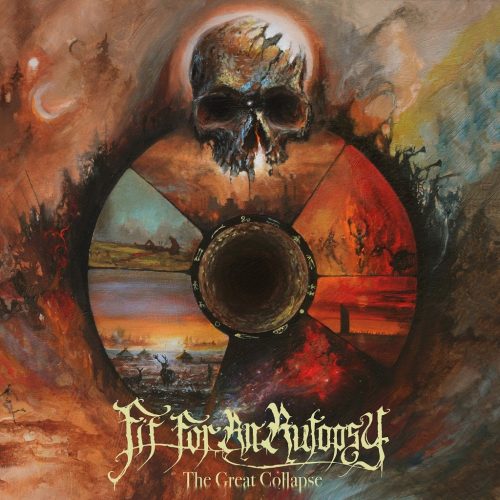 FIT FOR AN AUTOPSY – BLACK MAMMOTH

Despite what you might have read elsewhere, The Great Collapse was not the heaviest or most innovative record released this year… but it was still a damn good album, which found the New Jersey nightmares pushing themselves outside of their comfort zone and expanding their sound in some intriguing new directions.

Yes, the blatant Gojira-worship was occasionally a little too on the nose, and a few of the tracks stuck a little too close to the standard meathead Deathcore template (though that’s not necessarily a bad thing), but when the band struck gold, as they did on “Black Mammoth” – a song possessing not only a potent socio-political message, but also some seriously intense riffage, some subtly proggy undertones, and one truly MASSIVE chorus – you could suddenly see all the potential for FfaA to become a much, much bigger deal.

Way back in May, when we reviewed Versvs1 the bastard part-EP, part-album release from our old friends The Monolith Deathcult, we were given the opportunity to premiere a track of our choosing… and I selected the doomongous “Die Glocke” for that particular honour precisely because it was my favourite.

It also happens to be one of the more uncharacteristic songs the band have ever produced, with no blastbeats, no sudden structural shifts or abrupt changes in direction, and an even more restrained use of the band’s trademark symphonic bombast, instead focussing on a much doomier and much more straightforward approach built around a dense core of titanic, tolling chords and meaty, menacing gutturals, all covered in an overarching atmosphere of deepest, darkest dread.

Plus it throws in a nice bit of Lovecraftian lore part way through, apropos of nothing, which only serves to sweeten the deal. And who doesn’t like that?

Greatest of Deceivers, the third album by Norse Black/Death/Thrash hybrids Nidingr, is one of my all-time favourite albums – Black Metal or otherwise. And while the follow-up, The High Heat Licks Against Heaven, didn’t quite manage to reach the same dizzying heights overall, there were certainly a number of individual tracks (the poisonously proggy “The Ballad of Hamther”, the creepy blackened trip-hop of “Gleipnir”, the sublime slow-burn of “Ash Yggdrasil”, the cripplingly heavy “Heimdalagaldr”, majestic closer “Naglfar is Loosed”) that really struck a chord with me on an individual level.

But one track stood out even more than the rest, the rampaging “On Dead Body Shore”, with its savage array of immeasurably nasty riffs, utterly malevolent melodies and deliciously demonic hooks.

OFERMOD – TO DARE THE TOWER

I’m more than happy to put my money where my mouth is, and declare this one of the best Black Metal songs of the year… it’s just so fearlessly grim and gritty and gruesomely catchy. It doesn’t pull any punches, or pretend to be any more, or any less, than what it is – a near perfect microcosm of Black Metal in all its visceral, venomous glory. 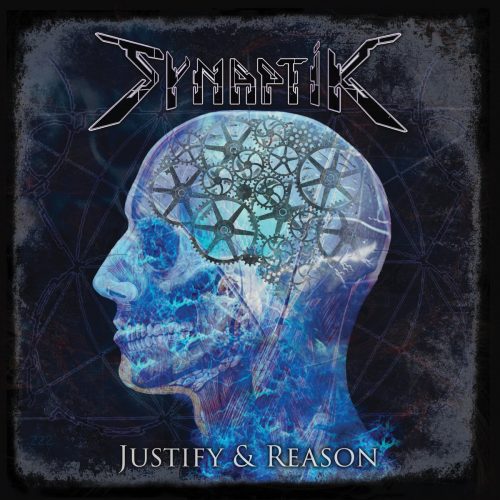 Hitting that sweet spot where Evergrey meets Into Eternity, the second album by UK Prog-Metallers Synaptik may not have made it onto my “Great” list (though it certainly was close), but its opening track was an instant shoe-in for one of my favourite tracks of the year.

Mixing intricate, instantly memorable riffage, clever, complex drum work (including some pinpoint precision blastbeats), and a powerhouse vocal performance from singer John Knight (who has some truly amazing pipes, as well as a keen grasp of melody at both its most subtle and its most dramatic), “The Incredible Machine” is the sort of song that revels in its own audacity and energy, and which never fails to deliver the goods, no matter how many times I hear it.

Now I’m not pretending that these songs are any sort of definitive list of the “Best” of 2017… they just happen to be my personal favourites, and ones which I thought I’d draw your attention to, because I love them so much.

As always there were numerous other tracks (including songs by Darkest Hour, Satyricon, The Faceless, and God Dethroned) which almost made the cut, but, ultimately, I think I’m pretty happy with the ten selections you can see here.

Anyway, feel free to let me/us know what you think, whether any of my choices particularly appeal to you, and add recommendations of your own, in the comments below!