(For the fourth year in a row, Neill Jameson (Krieg, Poison Blood) kindly accepted our invitation to share with us his list releases from the past year that meant the most to him. It comes in two parts; we’ll have Part II for you tomorrow.)

2017 was a really great year for music, a year that comes only once every ten years or so for me. Nearly every subgenre had at least one recording this year that I could see listening to in a few years time. That’s always been something that perplexes me regarding this time of year: how many of the records on some people’s top 175 of the year are actually going to stay in their lives beyond a few bylines during the year it was released? With so much shit being pressed into these massive lists, not to mention the literal thousands of releases that don’t make the cut, how much time do we really give these records, to let them sink in, and to really look at them as the benchmarks of the ending year?

In the end none of these lists mean much beyond the bands (hopefully) being proud of what they accomplished and our own ego stroking, as writers, to basically force our tastes onto you. What matters is what you get out of a record, even if your favorite didn’t make anyone’s list. Who gives a fuck as long as it’s a meaningful record to you. Here’s what records ended up being meaningful to me this year: 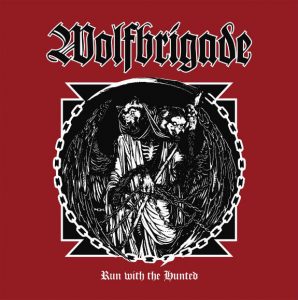 This record is a fucking banger from start to finish, mixing a well-polished sound with maximum aggression, and most importantly there’s fucking riffs for days. For a band who’s been around in one form or another for a long fucking time this is a solid fist into the mouths of anyone who thinks age diminishes returns. Another bonus is “Warsaw Speedwolf”, which is what happens if you ever wanted to hear what Judas Iscariot’s “An Eternal Kingdom of Fire” would sound like as a d-beat thrasher. 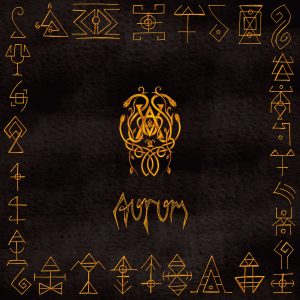 One of the things I appreciate while I get older is watching the progression of musicians I’ve admired since I was younger as they reach for different creative ledges. This has especially be true in the case of Bjorn “Aldrahn” Dencker. Much like another elder statesman of Norse weirdness, Carl Michael Eide, Aldrahn has burned his mark on countless classics yet continues to push himself. Urarv, much like The Death Trip before it, has all the classic aspects of the best of Norwegian black metal while still feeling absolutely fresh and completely bleak. It’s comforting to know that, while so many have hung up their instruments, there’s still men like Aldrahn out there, burning away at both ends. 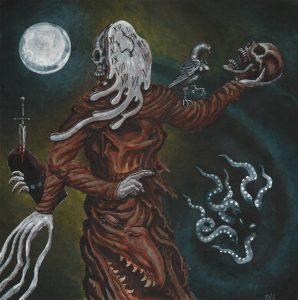 I’m not one for progression, mostly because I’m somewhat stuck in the mid-’90s when it comes to black metal, but even I cannot resist the long-awaited Escaton Memoire. Frightening and complex, this is one of the tentacles of “progression” in black metal that I can accept taking hold of me. It’s far better than what a lot of people are passing as “progression in black metal” these days. This record was incredibly difficult to perfect and I’m very proud of what my friends have accomplished here. 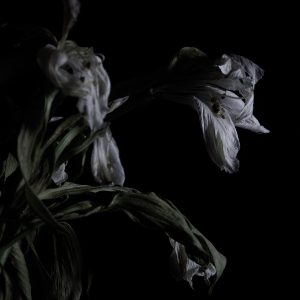 I don’t understand how this hasn’t made more Year End lists. I mean I get that doom is kind of an oversaturated genre and practically every heavy hitter released an album this year, but honestly none of them is as fucking bleak as Cavernlight’s “overly wordy album title”. Jokes aside, this is a record that really gets under your skin and makes you feel like shit. If feeling like shit is your thing, then please give it a listen and also notice that it’s free from all of the trappings and clichés that can make doom almost a cartoon. Definitely the album of the year for the genre for me. 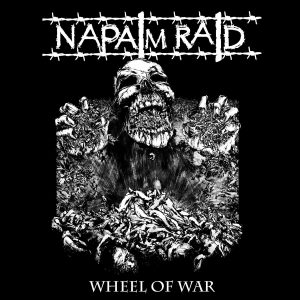 As if having the most crushing intro out of anything released in 2017 wasn’t enough, this entire record is just really fucking good. One of the few bands who I think have a flawless discography, this record just caps it off. Aggression without losing the riffs and the fucking vocals are the best in the genre. Wheels of War is a perfect record and was worth the wait. 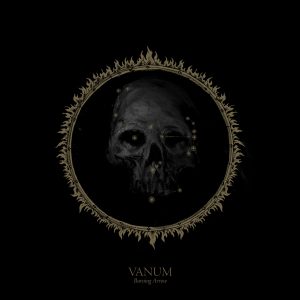 I’d never checked Vanum out until I stumbled in to their set at Red River in September, which I wrote about earlier. Based on the strength of their performance I decided to see if they could match that on record, and while I don’t think anything can beat the experience of witnessing them perform live, Burning Arrow comes pretty fucking close. Reminding me of the best black metal records that came out in the very late ’90s, Vanum have constructed something that feels both fresh and familiar at the same time. This is one of those records that remind me what I love about melodic black metal and why I hate to use that term for bands like Vanum because it doesn’t do them justice. 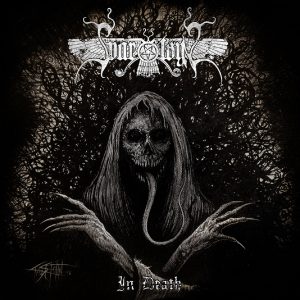 Another veteran of black metal, Svartsyn just continues to get stronger and darker with each passing year. In Death may not be reinventing the genre, and that’s a positive thing because this is the apex in Swedish black metal. I’d take this over Watain any day. 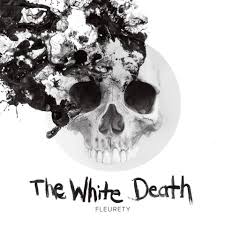 I suppose I have to tie these two together or I’m going to go over my word limit and then no one will pretend to like me anymore.

Inquietum is the easier of the two to write about as it’s a collection of the multiple 7 inches Fleurety have released the last few years and includes one of my favorite songs of the last ten years, “Animal of the City”. This is a perfect package for someone who wants to have these EPs all in one place, and a good starting point to be able to digest The White Death, their first full-length in nearly two decades.

Fleurety have never been an easy band to get into, even at the demo stage, because they’re constantly moving and evolving; in other words they’re a challenging band. But like most challenges, the reward is as great as what you put into it. The White Death is as confusing as it is dark and stands out as one of the most unique records of any genre in 2017. 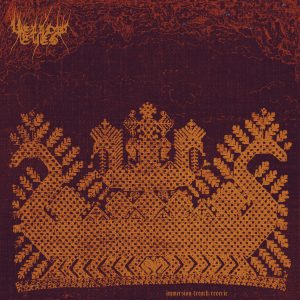 I’m so late on this band it’s fucking embarrassing. I’d always enjoyed the tracks I heard over the last few years, but because their releases were sold out so fast, I just never kept up. I always seemed to miss them live, too. Somehow 2017 managed to correct both of these things as they blew me away at Red River and I managed to snag a pre-order of this before it sold out. Cool story, right? Fuck you.

Yellow Eyes have crafted what, in my eyes, is the best black metal record of 2017. Technical without rubbing their pecks in your face, with an almost indescribable mixture of light and darkness, which I know makes no sense. This is one band I can assure you that the hype is well-deserved. Gilead plans to reissue some of their older work next year as well, so hold off on spending $60 on Discogs for right now. 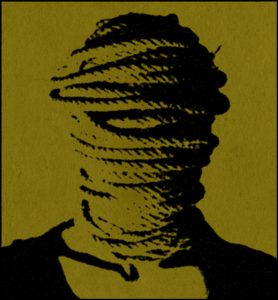 Hey, have any of your friends told you this band sounds like Ghost? Get rid of those friends, you don’t need morons in your life. This band is perfect if you miss Beastmilk or want to feel really bad at any time of the day. 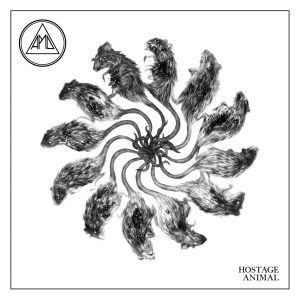 Jesus Christ, just listen to the fucking tone and drum sound. This is one of those records you’d almost expect to hurt you while listening to it. I’ve loved everything this band has done up to this point but I was honestly surprised with this one; it’s got more layers than anything they’ve done previously, more diversity. I spend a lot of time listening to this record with fucking chills running down my spine. It’s a rare but welcomed instance of one of my favorite bands outdoing anything they’ve done before. 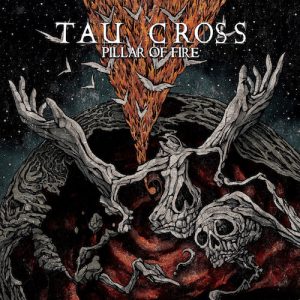 How this isn’t near the top of more lists is beyond me. While their debut took some time to sink in for me, which is perplexing as Amebix is one of my favorite bands and I’m pretty fucking keen on Misery too, but it eventually hit me. However, Pillar of Fire had no such hesitation; I knew this was going to be a special record from the early teasers alone and I wasn’t wrong.

Taking the best aspects from everyone involved’s career and adding some unexpected psychedelic moments (think Wishbone Ash’s Argus, not that Pink Floyd shit that’s probably coming to mind) and a dash of Killing Joke and you’d be starting to get it. Rob “The Baron” Miller still is at the top of his game vocally and the entire project feels more confident this time around. If you haven’t given this record some proper time then you should probably do that instead of whatever nonsense you had planned tonight, like spending time with your family or whatever. Trust me, this is worth it. 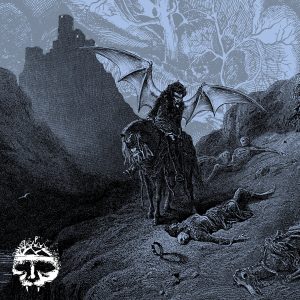 Integrity – Howling For the Nightmare Shall Consume (Relapse Records)

While there was a lot of (unexpected) competition this year, only one record stood out as my top pick within the first few minutes of listening to it — Integrity’s Howling For the Nightmare Shall Consume. I had lofty expectations because Suicide Black Snake is one of my favorite records of the last five years, but the new lineup for Howling… has reinvigorated and reinvented Integrity.

There’s so much fucking genre bending in this record it’s difficult to keep up with, from the black metal of “Blood Sermon” to the unexpectedly great hints of Motown in “String Up My Teeth”, one could be forgiven for thinking this was another band entirely until you heard Dwid’s voice. But there’s enough of the classic Integrity sound remaining in songs like “I am the Spell” to satisfy even longtime devotees. This is just simply a crushing record, one of the only things I can agree with the majority of the lists out there this year, and by far my favorite thing that came out in 2017. 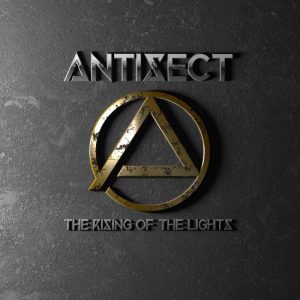 Antisect – The Rising of the Lights (Rise Above)

I didn’t go into this expecting anything close to the Antisect of thirty-odd years ago, much in the way I approached Sonic Mass a few years back. I’m also aware of the controversy regarding original members and the fact that if you’re into black metal you’re supposed to hate them due to the Chaos in Tejas incident. Basically you lose scene points from a few different scenes for this record, I guess. Not that it matters, those people are generally idiots and this record hits a lot of the right notes.

Coming in somewhere between Killing Joke and Dogman-era King’s X (which I’m guessing was not a point of reference), this record delivers some excellent post-punk/rock melted songs. I could have done without some of the spoken-word filler and the knowledge that I’m going to have to pay too much for the vinyl, but in the grand scheme of things none of that matters, this is a banger of a record.

That’s a wrap on the full-lengths and EPs that made up the soundtrack of my year. If you’re not fucking sick of me yet, then the seven of you still reading are invited to join me for Part II of my bullshit where I list my favorite splits.