(Joseph Schafer, who was one of this site’s earliest regular writers under the pseudonym BadWolf and has been a steadfast friend of all of us ever since, returns to NCS once again with a year-end list. This year it comes in two parts. Part 2, which we’ll post tomorrow, is a Top 10 list. In this Part 1, the focus is on 25 albums that narrowly missed Joseph’s top slots.)

This list will mark my return to No Clean Singing after three years editing Invisible Oranges, and now six months as a dedicated freelance writer. I got my start here at NCS and this time of year I always return. The holidays, after all, are about setting a light in the dark and navigating home, if only for a moment. Now as ever, NCS remains a light in the deepening internet dark, and will always be home.

I can think of many ways to summarize 2017. One could call it a year of reconciliation. Storied and well-traveled bands easing into their twenties and thirties did their best to flex and please after 2016’s glut of great new and super-underground acts. To their credit: 2017 has to be the best year for ‘mainstream’ metal in over a decade. The disappointing tripartite belly flop of Emmure, Suicide Silence, and Winds of Plague’s limp new records hopefully put that subgenre in the dirt for the time being, but otherwise the old Big-little labels, Nuclear Blast, Century Media, Metal Blade, and Relapse delivered some polished surprises: Obituary, Suffocation, Cannibal Corpse, Immolation, Satyricon, Dying Fetus, Trivium, Belphegor, Vader, Danzig (what?), Exhumed, The Black Dahlia Murder, and Unsane all released their best albums in years. Special accolades must go to Cradle of Filth, who have somehow come out of their maybe-worst-band-in-metal tailspin and released a front-to-back rager with Cryptoriana – the Seductiveness of Decay. 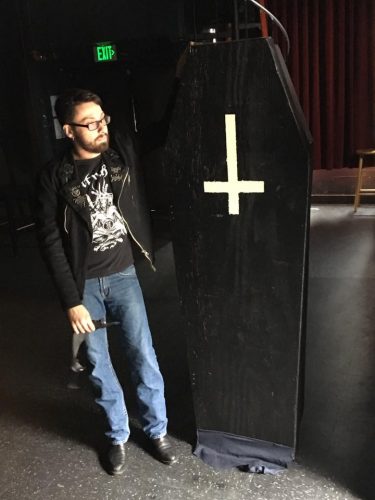 I could also call it a comeback year. Prematurely deceased acts rose from their graves in impressive numbers. Morbid Angel defibrillated themselves with Steve Tucker at the eleventh hour, following the returns of Warfare, Acephalix, Vulture Industries, Life of Agony, Venom (Inc., AKA the real Venom), The Obsessed, Dead Boys, Integrity, Infernal Majesty, Darkest Hour, and Ackercocke. Pagan Altar put out their gorgeous posthumous swansong. Karl Willetts began his post-Bolt Thrower offensive as Memoriam. Maybe most gloriously, crust punk OGs Antisect returned after over twenty years with the astounding The Rising of the Lights. Individually any of those stories could be the metal narrative of the year.

Or maybe 2017 is the year the old school death metal revival reached its apogee. What’s been rotting under the surface burst forth in glorious fashion with Blood Incantation-affiliated Spectral Voice at the tip of the spear. Dreaming Dead, Cloak, Decrepit Birth, Extremity, Horrified, Necrot, The Lurking Fear, and Venenum followed suit, in addition to the more established chainsaw battalions previously mentioned.

There are more threads to parse! Grindcore remains underrated and revitalizing (Chepang!). Goth is back (Soror Dolorosa! Rope Sect!), Power metal is the best it’s been in a while (Unleash the Archers! Battle Beast!). The New Wave of American Doom still cannot be stymied (Bell Witch! Spirit Adrift!). There’s all the great stuff I simply didn’t have time to unravel all the way (Dreadnought! Yellow Eyes!).

On the whole, though, my take comes in less superlative terms: 2017 brought a trove of silver medals and few gold. My MP3 player sits next to me now, full of good records I can enjoy from front-to-back, or at least most of the way through. Few of those albums though delivered an emotional gut punch or an out-of-the-blue surprise. Much valuable metal was mined, but not all of it so precious.

Still, bring on the silver. The following, unranked, are twenty-five such worthy records which narrowly missed my top slots. 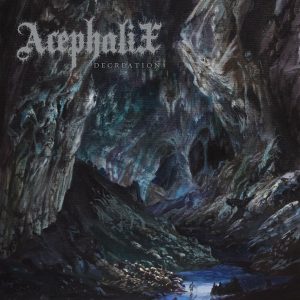 Akercocke – Renaissance in Extremis
Doug Moore from Pyrrhon said this album sounds like “Nile playing Queensryche’s gear”, and I agree—except where Moore meant it as a pejorative I couldn’t be happier.

Antisect – Rising of the Lights
Another seminal UK crust act returns sounding… a whole lot like Killing Joke. Good. This album’s better than it has any right to be.

Bell Witch – Mirror Reaper
Yes, it’s beautiful and capital-A artistic. Yes, 90 minutes is too damn long. The last 15 minutes are worth the wait, though.

Biesy – Noc lekkich obyczajów
Forget Batoushka, this is the best Polish export of the year; sounds like a tenement project collapsing on your head.

Chelsea Wolfe – Hiss Spun
Wolfe still can’t write a solid front-to-back record but the 15 minutes of melodramatic metallic alt rock here are some of the most compelling “Crossover” material I can think of. Jam “16 Psyche” on repeat.

Cloak – To Venomous Depths
These Atlanta bad ol’ boys sound, let’s be honest, a whole lot like Tribulation…. But they wear it well.

Exhumed – Death Revenge
A great concept, some well-timed horror synths, the return of Ross Sewage, and especially the mosh section in “Unspeakable” all signal one horrible truth: Exhumed are back at 100% killing capacity. 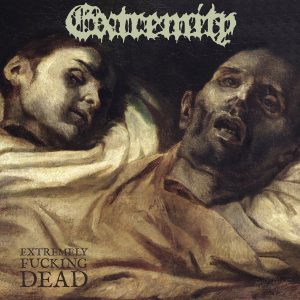 Kreator – Gods of Violence
Some people do not like this album. They’re all bad people and all of their opinions are wrong. Hooks supersede attitude. Kreator go early ’80s and in so doing drop their best LP since Pleasure to Kill.

Life of Agony – A Place Where There’s No More Pain
Mindy Kaputo’s heartfelt vocals make this Life of Agony’s best record since their debut, even if it still refuses to go full thrash.

Malokarpatan – Nordkarpatenland
These Slovakians play what I like to think of as “Disney Villain Black Metal” – catchy and over the top. Think Root meets Culte Des Ghoules and they all smoke some DMT.

Memoriam – For the Fallen
Karl Willets controversially takes some of the growl out of his vocals, but still delivers an unstoppable old school death metal assault. 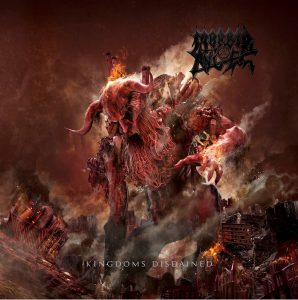 Morbid Angel – Kingdoms Disdained
I was pretty sure this record would suck, especially after seeing Morbid Angel at Maryland Deathfest. Much to my surprise, it’s brutish good fun. Trey and Steve want that Summer Slaughter money—let them have it.

Pallbearer – Heartless
Pallbearer finally learn to write a damn chorus and in so doing release the first record of theirs I like.

Pyrrhon – What Counts for Survival
The smartest band in metal continues to release amazing and completely inaccessible music. If anything, this record is too intelligently disorienting to ever reach the audience that needs to hear it, but maybe that’s kind of the point.

Satan’s Hallow – Satan’s Hallow
The best-reviewed album on Metal Archives this year is a sharp, fun slice of old-school cake.

Satyricon – Deep Calleth Upon Deep
Satyr and Frost drastically stripped back their sound and in so doing found some more Fuel for Hatred in the reserves. Some people don’t seem to get it, but I’m not sure why. It’s just great evil rock and roll.

Spirit Adrift – The Curse of Conception
Spirit Adrift and Khemmis are now in a heated race to see who can write the US Doom Master of Puppets first.

Vallenfyre – Fear Those Who Fear Him
Gregor Mackintosh’s second-best album this year is the soundtrack to punching Nazis that nobody else has the balls or sensibility to write.

Venenum – Trance of Death
While the whole thing could be a little louder, Venenum balance crypt lurking and riff ripping with supernatural skill.

Venomous Maxmius – No Warning
Maybe the best no-bullshit rock and roll songwriting in all of heavy music makes for a light but super-listenable release.

8 Responses to “LISTMANIA 2017: A YEAR-END LIST FROM JOSEPH SCHAFER — PART I”