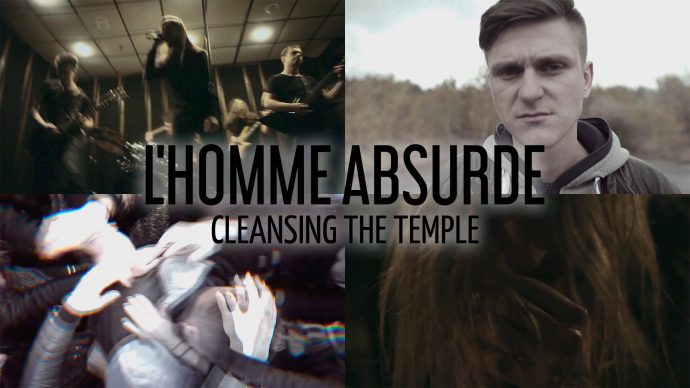 It is thus welcome news that L’Homme Absurde will be releasing a second album next year, entitled Sleepless. And from that album we bring you the premiere of the band’s first music video. The name of the track is “Cleansing the Temple“. 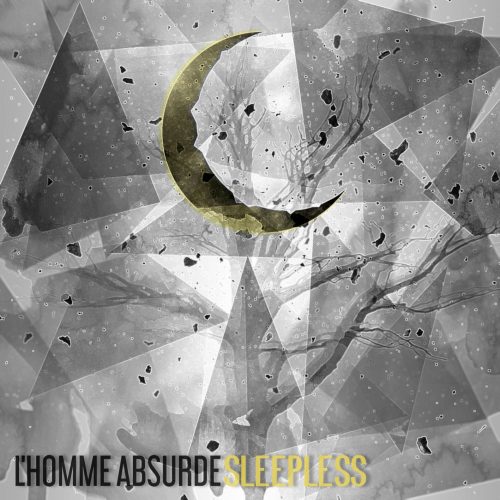 What a gripping and immediately infectious song this is! It powerfully displays so many of the qualities that made Monsters so good, beginning with the razor-sharp execution of the rhythm section, the drummer giving the song a powerful physical drive, augmented by the bassist’s prominent, nimble fretwork.

The head-hammering, body-moving intensity of the rhythms is complemented by the boiling energy of the guitarists and the wrenching, flesh-scarring quality of the vocals. There’s an edge of dissonance in the song’s ringing melodic currents, conveying a feeling of agony verging on madness, or frustration verging on fury — a feeling broken briefly by a fluid, glinting, introspective interlude before the song builds to an adrenaline-fueled finale.

The almost delirious quality of the music is reflected in the jittery aspect of the video, which was directed by Alexey Slavin (the band’s founder and vocalist) and Maria Slavina, and filmed by cameraman Yuri Pivovarov.

We hope you enjoy what you see and hear in this new music video. Sleepless will be released in February-March 2018. For further news about the album, watch the spaces linked below.