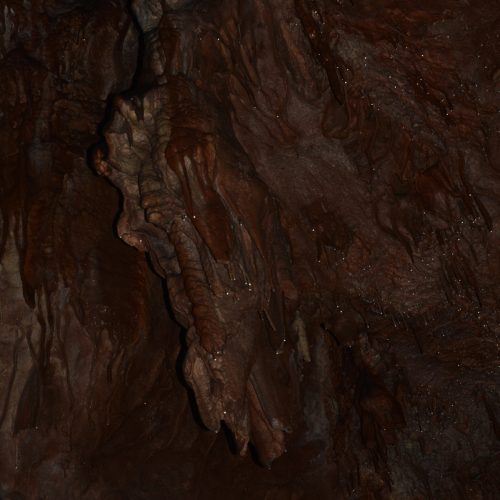 As you can see, I have ambitions… ambitions for a SHADES OF BLACK post that carries over, one that’s both the last SHADES OF BLACK of the old year and the first of the new year. Of course, those ambitions depend on my being able to write Part 2 tomorrow and your ability to read it. Since my New Year’s Eve will probably consist of a quiet evening at home with Ms. Islander and a bottle of champagne, I’ll probably be able to give a decent account of myself come the dawn. I wish I could be more hopeful about you. If you wake up in a pool of your own urine with the taste of vomit in your mouth, please don’t send photos.

I’ve divided my selections this week as follows: In Part 1 I’ve included a few recent EPs and advance tracks from forthcoming albums.  In Part 2 I’ve collected some complete 2017 albums that I’d like to call attention to, not all of which are brand new.

JANUARY 1 UPDATE:  That prediction about New Year’s Eve being a placid, well-behaved time for yours truly turned out to be load of horseshit. The extent of my suffering today is of epic proportions. Part 2 will be delayed until January 2.

I’m indebted to my friend Miloš for recommending this first two-song EP. Entitled Вопль о Земле, it was released via Bandcamp by the Russian black metal band Varnak on December 28th (the cover art is at the top of this post). I processed the Russian lyrics through Google Translate, and although the results are a bit garbled, I found them fascinating — just as I did the music.

The poetic lyrics sing of sky chariots and cloud archers, old gods and fallen birds, death and rebirth, love and farewells… or at least that’s part of what I get from Google’s broken translations. Not your typical black metal verbiage.

There is considerable menace in the music of these two long songs — spine-tingling lunacy in the raw, range-shifting vocals and delirium in the spinning, abrasive whir of the guitars — yet also warmth in the vibrant throb of the bass and considerable emotional appeal in the changing melodies, which move from brooding, heart-breaking melancholy to a kind of feverish ecstasy, pushed to greater heights by the shrill incandescence of the lead guitar.

The sound of the drumming is also somewhat unusual for black metal — a high clattering sound meshed with the frequent shine of clashing cymbals pierces through a lower propulsive rumble (and there might be the tone of a cowbell in here, too) — as are the rhythmic patterns.

A friend with whom I shared a link to the music (and who likes it) remarked upon the unhinged quality of the vocals as well as the guitar work — “such a crazy microtonal mess, almost post-punk No Trend/Bad Breeding edge there but in a black metal setting.”

I’ve found myself so hooked by this since discovering it that I’ve listened to it a couple of times a day… and bought it. It’s only one U.S. dollar on Bandcamp (where you can find the lyrics). 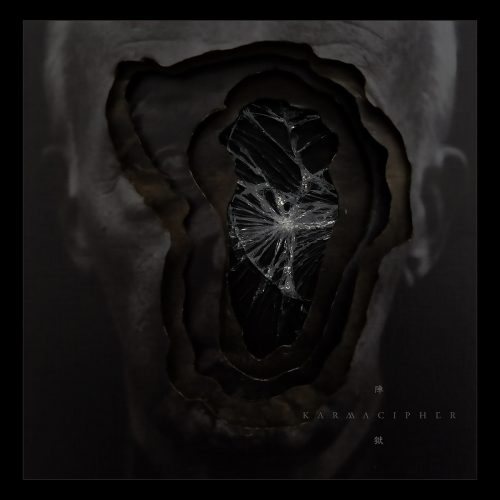 I benefit every week from internet friends who send me links or post their recommendations on Facebook, and like Miloš, starkweather has been a frequent source of great discoveries, as he was in the case of this next two-track EP, the name of which is 陣獄 (which means “Crown”, according to Google Translate). It’s a bending of the usual rules for this column, since the music isn’t black metal by most people’s definitions, though it certainly is black enough in its mood.

The band here is the Hong Kong trio of Seff Chan,  Terry Hui, and Wilfred Ho, i.e., Karmacipher. Late last year (2016) Austin Weber brought us the premiere of a song from their last album, Necroracle, and remarked upon their skill in taking influence from such bands as Gorguts and Ulcerate but also introducing their own.

The two songs here create an atmosphere that’s ominous, eerie, and frequently frightening, while also taking off in head-twisting, dissonance-laced flights of mercurial instrumental madness. It’s undeniably dark; it thunders and quite effectively mounts assaults of brutal savagery; but there are unexpected moments of softness and uneasy meditation, and the intricate instrumental interplay is fascinating. 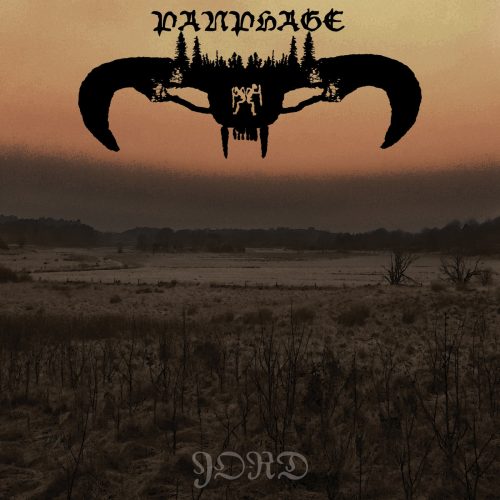 The 2016 album Drengskapr by the Swedish one-man black metal band Panphage. made the year-end lists we posted this time last year by both Semjaza (Thy Darkened Shade) and Austin Lunn (Panopticon), both of whom compared it to the early works of Arckanum.

A new Panphage album will be released on January 12, 2018. This is the third one, and it will be the last, as sole musician Fjällbrandt has decided to inter Panphage in the soil from whence it came. The album’s name is indeed “soil” in Swedish: Jord. The album is described as “an ode to heritage and to the death and rebirth of earth”, one in which Panphage “continues his meditations on Swedish folk songs which came before him — black metal which feels as ancient as the stories which fuel it”.

This past week the great Bardo Methodology premiered a track from Jord named “Odalmarkerna“, accompanied by an extensive interview, which I won’t spoil by summarizing or excerpting — just go read it, here.

The new song is perhaps more simple than the music on the last album, but it forges a strong primal bond with the listener. Perhaps needless to say, it’s fierce — and the riffing is gloriously soaring, to the point of becoming rapturous. A mythic and noble atmosphere surrounds the sounds, in keeping with the lyrical subject matter, and Fjällbrandt’s vocals are pure fire. 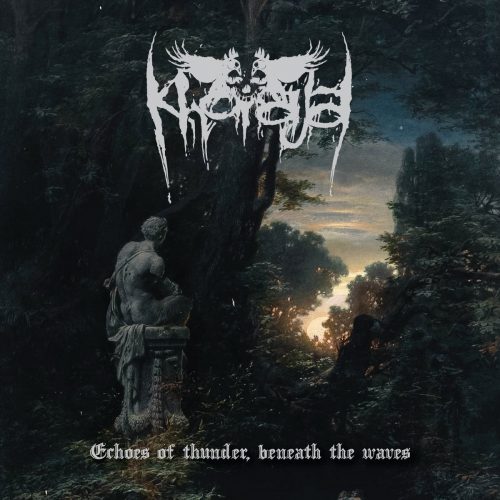 Khoraja is a new band (a trio of musicians) from Thessaloniki, Greece, and their first release (which arrived on December 20) is an EP named Echoes of thunder, beneath the waves. It seduced me immediately, thanks to the head-moving power of the opening track, “Caerulean constellation”, and having been pulled in with such force, I rode this steed to the end of the course.

The rocking, galloping, trampling rhythms that drive through the four songs are indeed head-moving. There are, of course, heavy doses of de rigueur blasting, larynx-lacerating vocals, and storming riffs (as well as acoustic strumming), but what really sets this EP apart are the glorious lead guitar parts and solos. The sound of them is usually clear, pure, and fluid, and the melodies (which often have a folk air) are wonderful.

There is deep melancholia in the music, to be sure, but the songs also have the capacity to send the heart soaring. And who doesn’t want that every now and then? 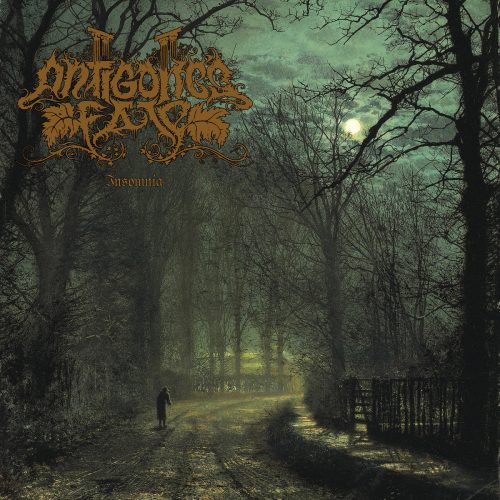 As mentioned above, I get a lot of useful tips from friends, and the last music in Part 1 of this post came from one of those. In this case, the recommender was occasional NCS contributor Grant Skelton, who usually has a soft spot for doom (and sad country music) but has been exploring black metal in more depth this year.

Below you’ll find two tracks from Insomnia, the debut album by the German band Antigone’s Fate, which will be released on January 26.  One of them is more than 11 minutes long, the other more than 17. I tend to expect that songs of such length will display dynamic changes in order to avoid monotony; and hence, successful long-form songs are often described as “journeys”. And that’s true of both these significant tracks.

I’m not surprised that a fan of doom would be drawn to this music. It includes, among other things, deep, gargantuan growls, anguished clean vocals, slow tempos, and melodic moods of crushing grief. But of course, there are other ingredients — wolfish blackened snarls and howls; galloping drum rhythms; folk-like acoustic strumming; moments filled with blast-beat fusillades and racing tremolo runs; entrancing moods of mystery and mysticism that seem like a parting of the veil between this world and the next.

All in all, I found the music engrossing, despite (or perhaps because of) the song lengths, and I especially enjoyed the second track here. Although there’s not a predominance of black metal in the mix, at least as the genre label is conventionally understood, it does share some aspects of depressive black metal, and it’s quite beautiful stuff. I succumbed and pre-ordered the album.