(As part of this year’s LISTMANIA series, our friend from the Dominican Republic, Vonlughlio, prepared a list of Top 20 brutal death metal albums from among the vast number that he listened to in 2017… although it actually works out to more than 20 because of ties at various positions, and at the end there is a list of Honorable Mentions as well.) 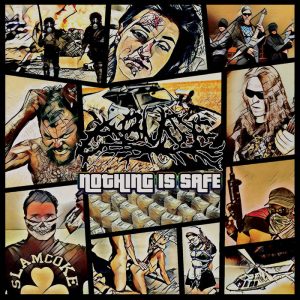 After 16 years from their debut album, they released their sophomore album, and although it is not as raw or near the length of Like a Virgin they maintained their essence as a ferocious, fast blast-beast with nasty vocals. This has a special place for me and I appreciate that the band decided to make more music. Hope they continue but won’t take as long for a follow-up. 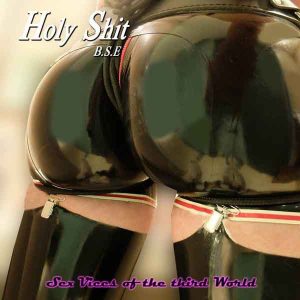 This is one band that I got to discover thanks to some friends and did a review at Blast Family. Brutal Death with some grind influence in the song structures. Love the music, which is filled with lyrics about fetishism, sex, and domination in a BDM way that might offend some. Been told they crush live, and I hope someday I can witness one of their sets. 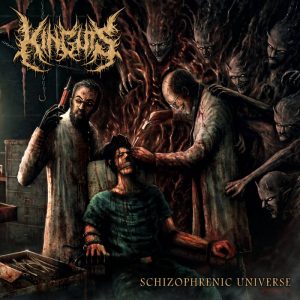 Another band from Colombia that recently released their debut album and I must say that I’m impressed with how fast-paced and natural the sound is. From the first to the last song it just blasts and blasts, with killer riffs and vocals. Mr. Paz, their bass player, happens to be the Holy Shit B.S.E vocalist (and is also in Amputated Genitals); he is one talented musician and 2017 was a good year for him. 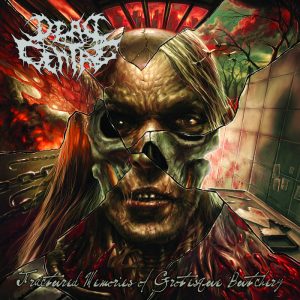 This band for me feels like a wild card, in the sense that it was not included in my early drafts of this list (because the album was not yet released). While I was trying to do my final draft I got the CD, and the album took me by surprise. Their songs have, to some extent, hints of tech/death in their structures, with an execution that is very good. 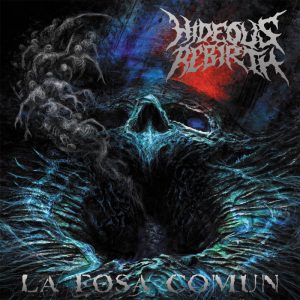 Before this release I had only heard a couple songs by this California band. So I decided to check out La Fosa Comun and was blown away by how good this album. The musicians do a great job in giving an A-Plus perfomance from the beginning to the end. 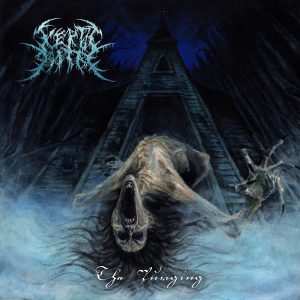 This album also took me by surprise, to say the least. Their debut album The Graduation Frenzy was enjoyable, but that was all it was for me. When I heard the band were releasing their sophomore effort, I felt I knew what to expect lyrically (they do a great job in telling horror stories), and the rest is history: I believe that they stepped up and gave a superior effort with the album, including its raw sound. 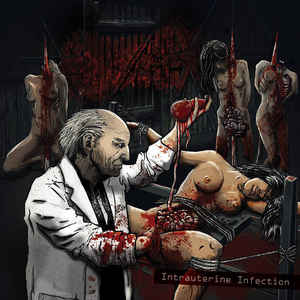 A band who last year also made it into my top BDM albums released a follow up in 2017, and they deserve more acknowledgment for their success in releasing such consistently killer music.  All of their releases are fast, vicious, and perfectly executed. The vocals are just insane, and what I enjoy the most. I hope they maintain their intensity in future releases. 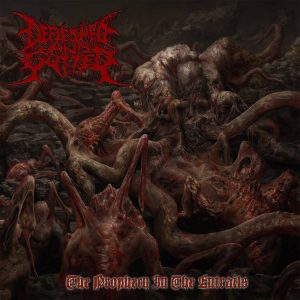 Defleshed and Gutted – The Prophecy In the Entrails

I discovered this band in 2017 with the release of their debut album, which is well-done. Even with some fairly long track lengths the keep the listener headbanging and entertained. Very addictive, and constantly in my rotation, this is a band who show a lot of promise. 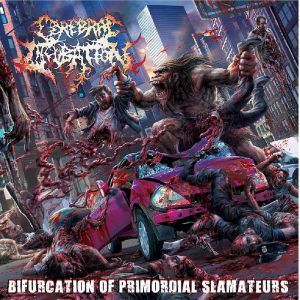 I had the opportunity to see this band back in 2016 when I attended the Chicago Domination Fest. In that fest there were three performances that were my favorites, and this band was one of those. Such intensity in their set, and they really got the crowd going — holy shit, these dudes were fucking awesome. 2017 brought their third album release, and I love it (even if their second is my favorite among the three). A great album from them, and I hope to catch them live again. 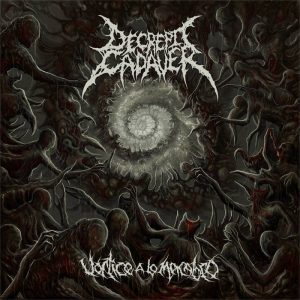 Here’s a Chilean band that needs more recognition for their music. The founder Mr. Reynaud is a musician who has kept this project going over the years with great releases that differ from each other but that maintain the sound and structure I like. I was very fortunate to review this for NCS and believe its their best work to date. 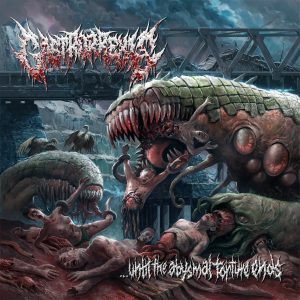 Gastrorrexis – …Until The Abysmal Torture Ends

This band has been together for a while, releasing two albums prior to this one, and some splits and promos. For me they need more recognition in the BDM scene. They maintained the level of intensity and increased the raw sound with the new one. Sure, it has two types of production and various vocal guests but be assured that the effect is the same. Love this release and hope they continue to make more music. 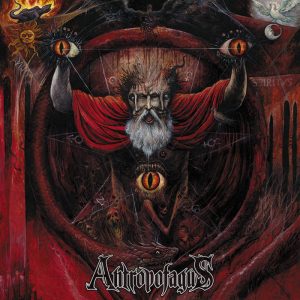 Some might ask why this band is in this list. Well, I believe they are BDM with OSDM elements in their songs and the two styles are well-balanced, though at least to my ears the BDM aspect is more prominent. Of course their first album is the only straight BDM record from all their work, but as the band have evolved they are creating songs that bridge the divide perfectly, and with a production that enhances the dark atmosphere. 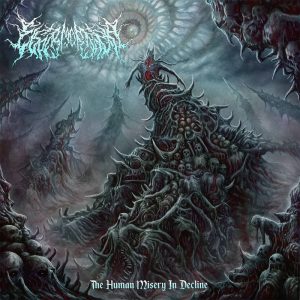 This is another band that I discovered in 2017 with the release of their debut album. Very addictive blast-beats with killer riffs and vocals. The production also is perfect, not raw but more natural, and it enhances each of the instruments. Once you push play, you won’t just listen to this once. 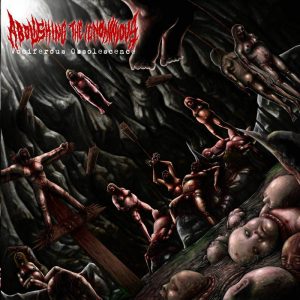 This is the last band for NCS I reviewed in 2017, and this album blew me away from the first listen. Mr. Luciano did an amazing job with the music department and Mr. Bowne on vocals did an equally amazing job. Both complement each other, and the lyrics turn out to be introspective. 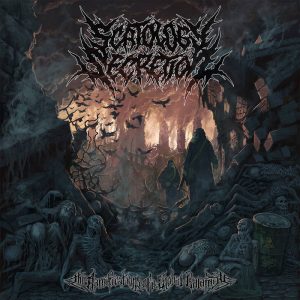 Push play and prepare yourself for an apocalypse-themed BDM release that never stops for a minute until the outro. Musically it’s fast-pace blasts with ferocious vocals that make you feel that the end is indeed near, and there is no hope at all. Mr. Fixation is a riff virtuoso and Mr. Downs, a beast of a vocalist. 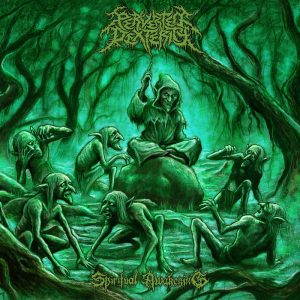 A one-man project from Indonesia, and Mr. Hardy is simply pure talent. This release blows away the debut album (which I love) and has made him the best one-man BDM band out there (at least for me). This is just in-your-face BDM with exceptional vocals, and the production enhances the overall impact. I’m glad I was able to review this album for NCS. 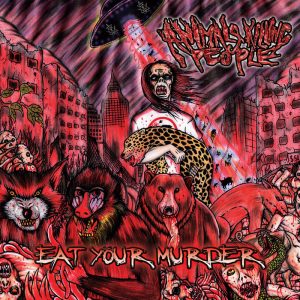 A band who released one of the sickest BDM debut albums ever finally released their second effort last year, and holy shit!!!!!!!!!!!!! What a record. Definitely loving the production, with a great drum performance that goes hand in hand with amazing riffs and vocals that are just insane!!!. Another project that needs more recognition. 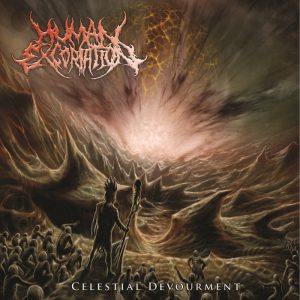 A release that has a lot of feeling in each of the songs in the story that the album tells. Musically and vocally, the component parts are a fine match that simply work well together and have given us this gem. A lot of effort went into this and it paid off. No dull moments in the record, and each of the songs has a life of its own. 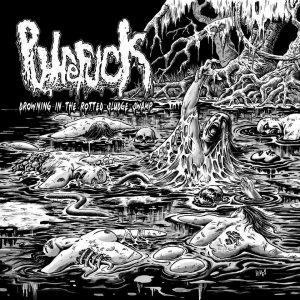 This is the second album of these gore-grinders from Spain and Mexico. Even if it’s not as fast-paced as their debut, they managed to create music that pays homage to early ’90s gore-grind to perfection. What I love about them is that despite the changes among the songs, they maintain their sound with no compromise whatsoever. I love this band and hope to continue supporting their vision. 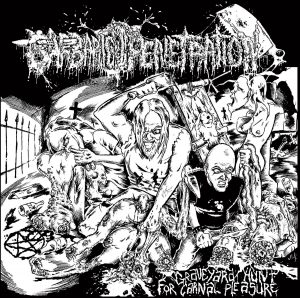 A band from Canada who won me over after I listened to a promo song from the album. Pietro (guitars) has the ability to churn out addictive riffs for days, and it shows in this album and in other projects where he is involved. The drums and vocals are done very well and fit perfectly with those addictive riffs that I have enjoyed so much. 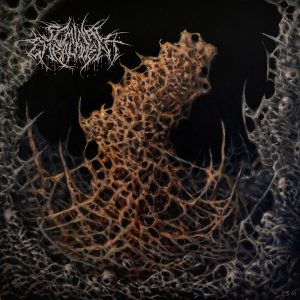 Fucking Seminal Embalmment from Australia finally released their long-awaited self-titled debut album, and the wait was worth it. These dudes are very talented musicians and I want nothing but the best for them. The riffs and drums are perfect for each other, and the bass lines and vocals just enhance the sound even more. 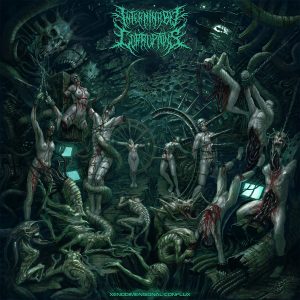 A sci-fi and horror-themed band that just blew away everyone in the BDM scene with this album. Musically it is just crushing, delivering blasts and diverse riffs with a flawless execution. And the best parts are those damn vocals done by Mr. Chiti (Devangelic, Antropofagus, ex-Putridty). A solid performance from all the musicians, and the best Reality Fade release so far. 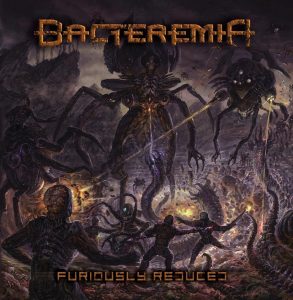 Four words for you: “Viva Colombian BDM Hijoeputa!!!!!!!” This has to be alongside Internal Suffering as one of my favorite bands from that country. These dudes are just relentless, and this sophomore album proves how talented they are. Not as raw as their first record, but still a remarkable effort. 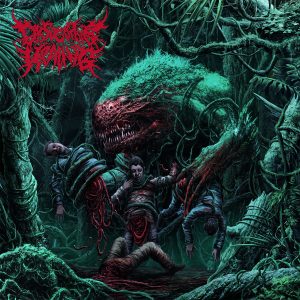 This one-man project from Russia just released a debut via Lord of The Sick Recordings. Just pure filth with a raw production that captures the talent from Mr. Anton. Everyone in the BDM scene loved this release; the CD didn’t leave my car for a month after its release. They even released a demo after the album that is sooo damn good. 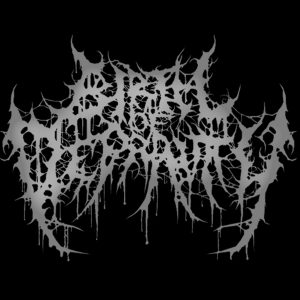 Birth of Depravity – From Obscure Domains

These dudes need recognition for their musical efforts and for continuing their path through challenges they have had to overcome. Great band that if you like BDM you need to listen to. 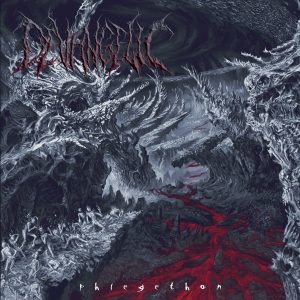 Ohh boy these Italians just stepped up big time from their debut album and have given us a fantastic masterpiece with their sophomore effort. All the musicians are talented as hell, but I have to give mayor props to Mario (guitar player) for delivering such a memorable performance (he’s a riff master) and to Mr. Chiti, who as always gave an excellent vocal performance with some twists here and there in the patterns. 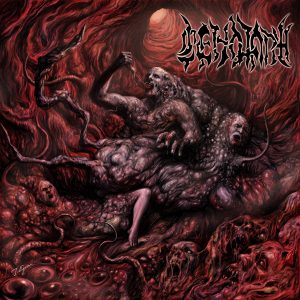 Everyone who knows me has seen me post about this band on FB quite a bit and always commenting, long live Cenopath and Batu!!!, in the band’s own FB posts. So, with that said, it’s no surprise that this would be my top pick for 2017. This is my favorite band from Turkey, and the 7-year wait for this album was worth it. Mr. Cetin is a great musician, and if it were up to me he would do this forever!!!!! For this release he gathered great musicians who contributed their skills and have released what is my second favorite album from this project. This band needs to continue, and Mr. Cetin if you read this: LONG LIVE CENOPATH!!!!!!!!!!!!!!!!!!