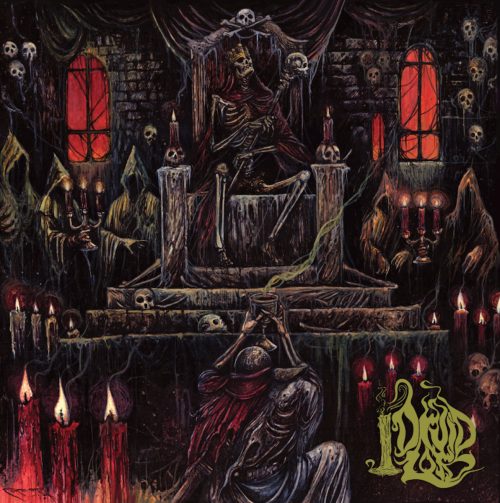 From their inception in Orlando more than seven years ago, Druid Lord had a firm grasp on what they wanted to do. As described by guitarist Pete Slate in our recent interview of him, the vision was: “Four guys playing Doom/Death Metal. Nothing pretty or overproduced. Just nasty music taking from the influences I grew up with, like Hellhammer, Celtic Frost, Cirth Ungol, Necrovore“. And as a huge fan of B-type horror movies from the ’60s and ’70s, Slate also wanted the music, lyrics, and artwork all flowing together “to make one horrid package”.

The band released their debut album Hymns For the Wicked in 2010 and followed that with a series of splits and EPs, but now their second full-length is approaching its international release date of January 19th via Hells Headbangers. Appropriately entitled Grotesque Offerings, it features hideously colorful artwork by Daniel Corcuera. A couple of grisly new tunes have surfaced already, and today it’s our ghoulish pleasure to present a third one: “Night Gallery“. 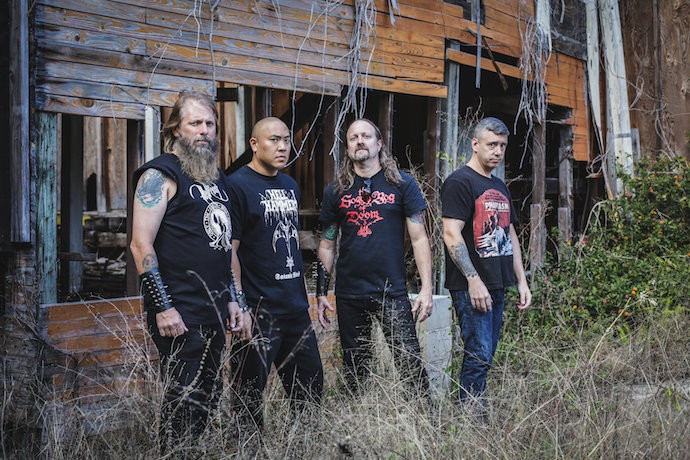 In our interview of Pete Slate he explained that for this new album, “we felt the need to go slower to convey feelings of dread and gloom”, and the band also “wanted a different sound or production on this album”. “Night Gallery” reveals that Druid Lord achieved both objectives. It’s one of five tracks (out of 10) on the album that approach or exceed seven minutes in length, and it’s a monster in more ways than one.

In perhaps the most immediately obvious way, it’s a goddamned heavyweight crusher. The first thing you hear is the sound of enormous, radioactive bass notes, soon followed by equally gigantic and equally distorted doom chords and a drum punch you can feel in your spleen. The song generates an atmosphere of appalling horror, the slow moaning guitar leads and gruesome growls and howls raising images of shambling un-dead things stinking of pestilence and decay.

But Druid Lord continue to have one foot firmly planted in the grave of death metal, just as the other one is staked in the moldy earth of doom. Without sacrificing an ounce of the heaviness achieved in the song’s slow and staggering movements, they also quicken the pace, first turning the music into a methodical, pile-driving piece of destructiveness and then pushing the gas even further to deliver a death metal chugger, accented by molten guitar solos that wail and boil.

It’s all horrid, and it’s all delicious, sure to please the rancid taste-buds of doom/death addicts everywhere. 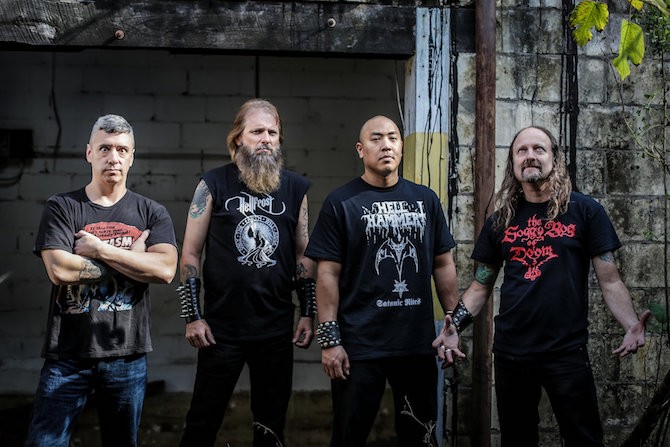 Hells Headbangers will release Grotesque Offerings on CD, vinyl LP, and cassette tape formats, along with a lyric book that further reveals the music’s connections to horror and death (“House of Dripping Gore”, for example, is inspired by the 19th-century serial killer HH Holmes; “Murderous Mr Hyde” was based on the Dr Jekyll and Mr Hyde book and movies; and “Last Drop of Blood” is based on the movie Inquisition).