We had the good fortune to premiere an eye-popping video created by Chariot of Black Moth for a head-wrecking, bombing-run of a track called “Now” off Antigama’s latest EP, Depressant, along with a review of the EP. Although “Now” isn’t the song I’ve added to the list, I did want to excerpt DGR’s review by way of introducing the track I did choose.

He referred to “Division Of Lonely Crows” as what could be Antigama’s most “conventional” song, one “treading in the waters of hardcore and punk, sounding something like a warped version of Trap Them with a taste for grind”. He then wrote:

“’Division Of Lonely Crows’ is one of the few times when you could say Antigama are actually having something masquerading as ‘fun’ and mean it, and not in a ‘this idiot listener has no idea what he’s in for, he’s going to get his face sandblasted off’ sort of way.

“Driven by the same sort of songwriting style that resulted in a song like ‘Sentenced To The Void’ on The Insolent, Antigama make good use of a constantly bobbing riff and punk-worthy drumming section that you can headbang your way through with ease. That is a feat for a band who usually make their listeners look like they’re in the midst of a muscle spasm if they actually try to headbang along to Antigama’s usual fare”.

Which pretty much explains my choice of the track for this list. You can indeed headbang to it — it’s hard not to — and it’s very damned catchy. Just be aware that in the musical world of Antigama, “conventional” is a decidedly relative term. 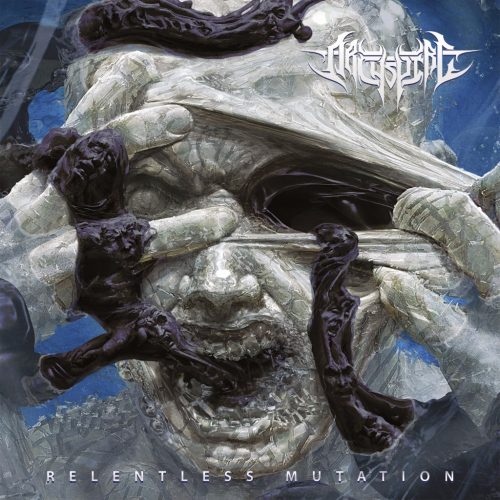 When I asked our readers to suggest songs for this list, we had no shortage of Archspire suggestions, and they seemed to focus mainly on “Involuntary Doppelgänger” and “Remote Tumour Seeker”. Andy Synn singled out both of those tracks in his review of the album that includes them, Relentless Mutation, to illustrate “how much the band have focussed on improving and integrating their more melodic side this time around, resulting in a greater emphasis on truly memorable moments and riffs that actually stick around long enough to really get their hooks in you,” as well as vocalist Oli Peters’ display of a “much-improved knack for incorporating catchy and well-defined vocal lines in amongst his usual array of galloping glossolalia”:

“Opener ‘Involuntary Doppelganger‘, for example, while still performed at a few kph over lightspeed, also takes time out to play around with some jazzy, Cryptopsy-style melody along the way, while both ‘Human Murmuration‘ and ‘Remote Tumour Seeker‘ actually find the band easing off on the gas a little in places in order to deliver something approximating an actual, honest-to-goodness, headbangable groove in amidst all the rat-a-tat spasms of staccato, stop-start riffage and maniacal blastery”.

All those songs are genuine thrill-rides, but among them, it’s “Remote Tumour Seeker” that ultimately won me over for a place on this list. 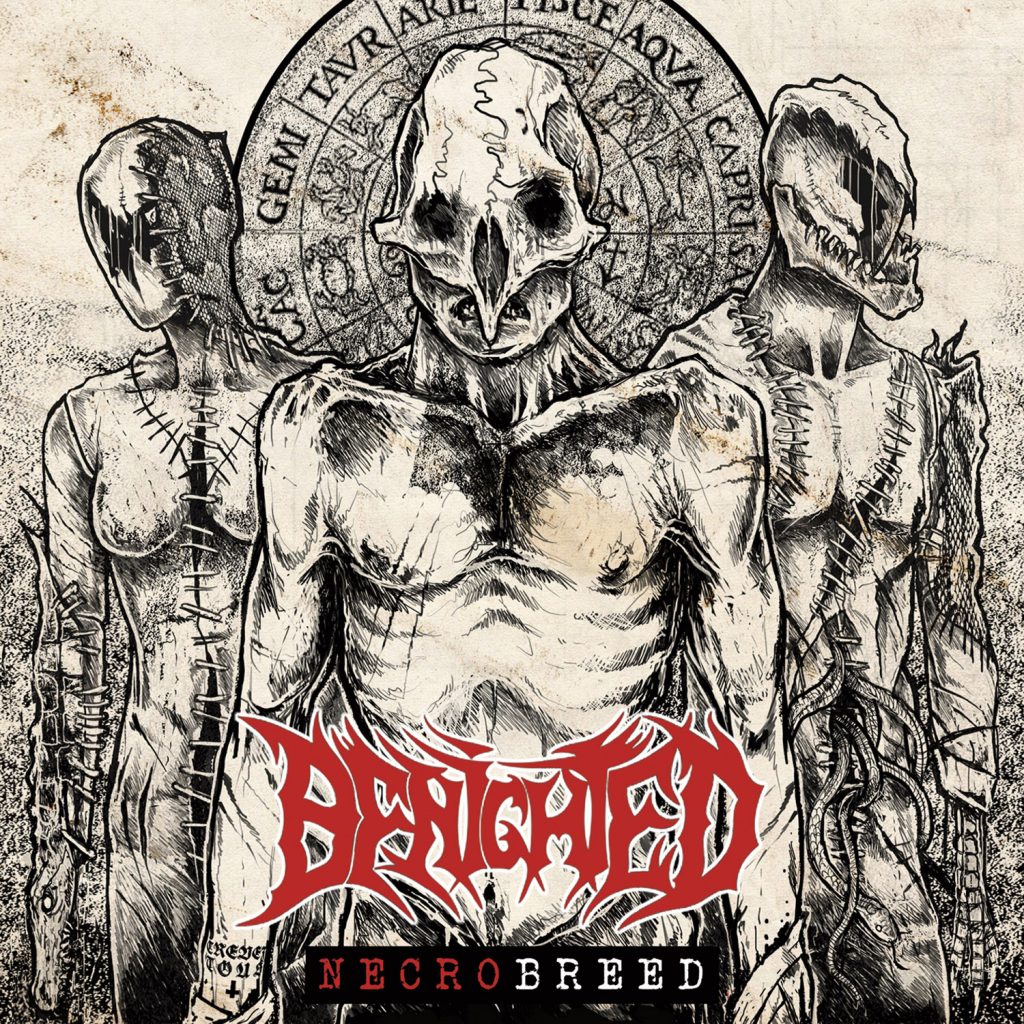 Since we’re already moving at the brink of lightspeed, I thought we’d just stay there for this final track in today’s installment of the list, which comes from Necrobreed, the 2017 discharge from the French gore-grind terrorists in Benighted.

My friend Andy attempted to capture the album in one of his haiku reviews as follows:

Death/Grind on the up.
An album of nasty hooks.
That does not give a…

Pretty much spot on. Necrobreed is just balls-to-the-wall relentless, a scorching blast of ruthless brutality — but yes, it also has hooks, as well as eminently headbangable breakdowns. And it has breathtaking drumwork, thanks to former Necrophagist drummer Romain Goulon, and absolutely cauterizing vocal madness.

So which song did I pick for this list? After a brain-melting re-listen to the album, I came up (gasping) with “Forgive Me, Father“: