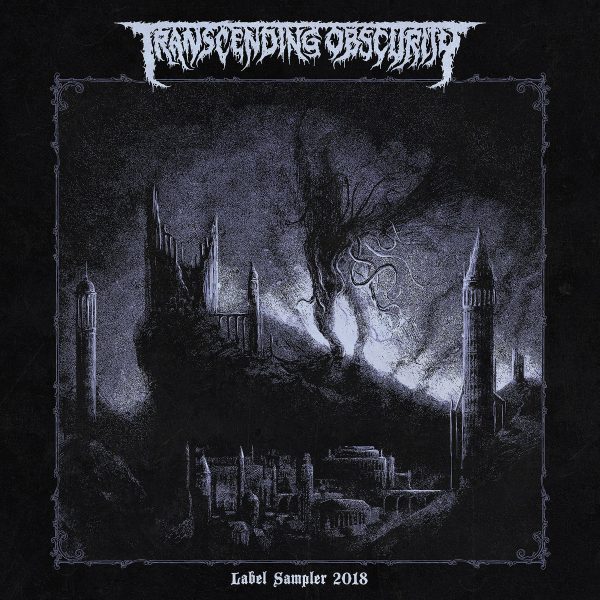 From humble beginnings and a focus on metal releases from Asia, Transcending Obscurity Records has mushroomed like an expanding nuclear blast front into a label with a globe-spanning, genre-spanning roster of very impressive bands. And the latest evidence of that is a 2018 label sampler released through Bandcamp a couple of days ago, which includes tracks from forthcoming releases by 36 bands, most of which haven’t been previously disclosed.

I’ve watched the ambitious growth of the label through a long-distance friendship with the label’s owner Kunal, and through that connection I learned some details about forthcoming T.O. releases that are the source of some of these tracks, and got a sneak peak at some of the cover art as well — which includes creations by such personal favorites as Costin Chioreanu, Juanjo Castellano, and Adam Burke. And speaking of cover art by personal favorites, the sampler artwork created by Misanthropic-Art is excellent.

Here are a few of the art pieces that Kunal previewed for me, beginning with part of Adam Burke’s creation for Imperialist and continuing with Juanjo Castellano’s album art for Eye of Purgatory, and the cover art for Depravity and Sathanas: 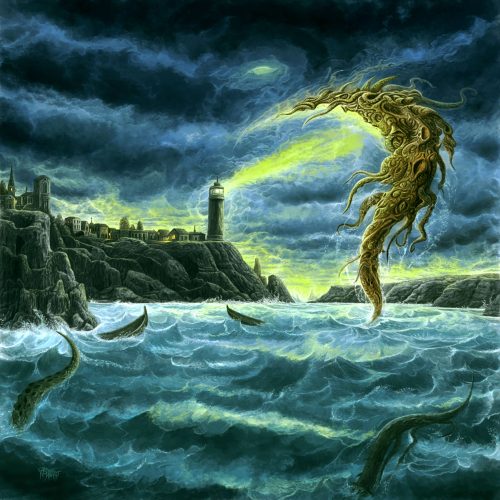 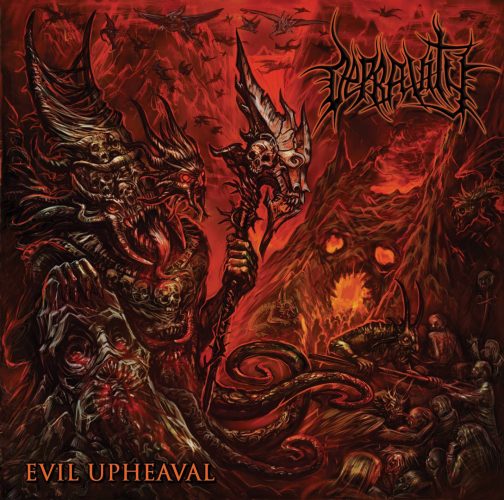 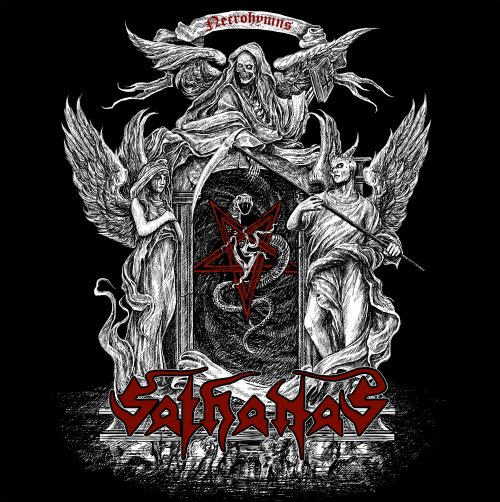 All the artwork and other information Kunal gave me only heightened my own eagerness for these releases, but the music itself on the sampler is very enticing all by itself.

Yesterday I wrote about two tracks on this compilation sampler, by the death metal bands Heads For the Dead (featuring Wombbath’s Jonny Pettersson and Ralf Hauber from Revel in Flesh) and Nattraven (featuring Jonny Pettersson and former Massacre and Bone Gnawer vocalist Kam Lee). And now I’ll toss out a few tidbits of info from my conversation with Kunal. For example:

There’s yet a third appearance by Jonny Pettersson on the sampler, via a new track from a forthcoming release by his death/crust solo project Henry Kane:

The great Rogga Johansson also makes multiple appearances on the sampler. There’s a new track from Down Among the Dead Men (the star-studded band whose line-up also includes vocalist Dave Ingram and guitarist Dennis Blomberg), as well as new ones from Eye of Purgatory (a collaboration between Rogga and a Soilwork member, with a Crimson-era Edge of Sanity vibe), and Rogga’s own solo project:

Depravity, whose cover art I showed you above, is an Australian band whose line-up includes drummer Louis Rando from Impiety and The Furor; their new release will be a follow-up to their impressive 2016 EP Reign of the Depraved.

The sampler also includes a new track by the Spanish death metal band Bokluk (which includes a member of Come Back From the Dead), who are returning in the wake of their 2014 debut album Taphonomy and a 2015 EP, Intra-Vital Derangement.

The long-running, ground-breaking Singaporean Vedic metal band Rudra have been a favorite at our site for many years, and their vocalist/bassist Kathir is also a member of The Wandering Ascetic, a black/thrash band who are returning with their first release since the 2013 debut EP Manifest Destiny.

On three separate occasions last year I wrote about the fascinating music of a one-man black metal band from Tbilisi, Georgia, named Project Omega. Lo and behold, it turns out that Project Omega has signed with Transcending Obscurity, and the sampler includes a Project Omega track — which, unsurprisingly, is fascinating:

TÓM is a name I haven’t heard before, but they come from the rich Icelandic extreme metal scene and play an oppressive brand of doom/sludge. Their debut release will be coming this year via T.O.:

Imperialist is another new name to me, which Kunal highlighted in our recent conversation, along with that preview of Adam Burke’s cover art. They hail from Monrovia, California, and their music is a form of melodic black metal that brings a fresh take to a style with its roots in the music of the great Dissection.

I’m a big fan of the Greek extremists Dephosphorus, but wasn’t aware that their drummer Maelstrom is also a member of an Athenian black metal duo named Nigredo. They’ve got a new release coming via Transcending Obscurity, which follows their 2015 debut EP, Facets of Death.

Did I mention that Sathanas has a new track on this sampler? Well, they do — and I’m talking about Pennsylvania’s Sathanas, who have been churning out Lucifer’s music since the late ’80s. Check this out:

The British death metal band Warlord are also on T.O.’s release roster for 2018, and they’ve actually got a new video for their track on this label sampler, “Graveyard Planet“, which debuted in December. Here it is:

These aren’t all the bands Kunal excitedly told me about in our recent conversation. There are, after all, 36 bands whose music appears on the sampler. But I’ve got to stop somewhere, and so I’ll stop with the French band P.H.O.B.O.S., who participated in a 2014 split with Blut Aus Nord and released a 2015 EP, both of which followed a trio of albums between 2005 and 2012. The prospect of new music from P.H.O.B.O.S. is quite exciting.

And with that, here’s the full track list, which includes a lot more bands we’ve covered here at NCS in the past and new attractions for us as well. To get the sampler, go here: