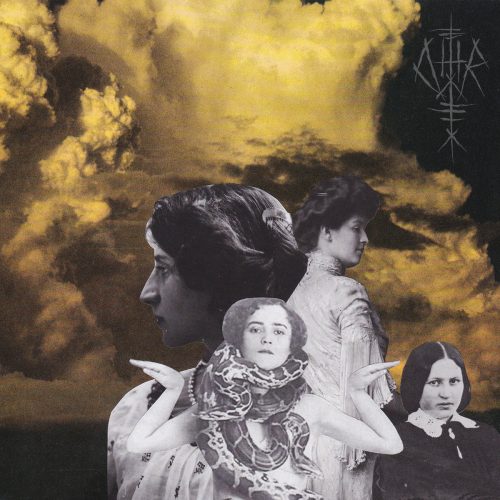 For every great thing you think you have accomplished, a nagging voice in your head tells you it really doesn’t mean anything of lasting value. And for every failure, the list of which is much longer, your mind hammers another nail into the coffin that time is constructing for you. And on top of that, you look at the world around you and what you see only compounds the feeing that right now, and maybe for all your tomorrows, the glass has never been so empty.

We’ve all had days like that, some of us more than others. On days like that, pretending that everything is rosy offers no solace, because reality stares you in the face with unblinking eyes. You have to stare right back without flinching, and fight back too.

Those are some of the thoughts I had while listening to “The Glass Has Never Been So Empty“, an unflinching track we’re premiering from Failed Ambition, the new album by WTCHDR, and watching the video that accompanies it. 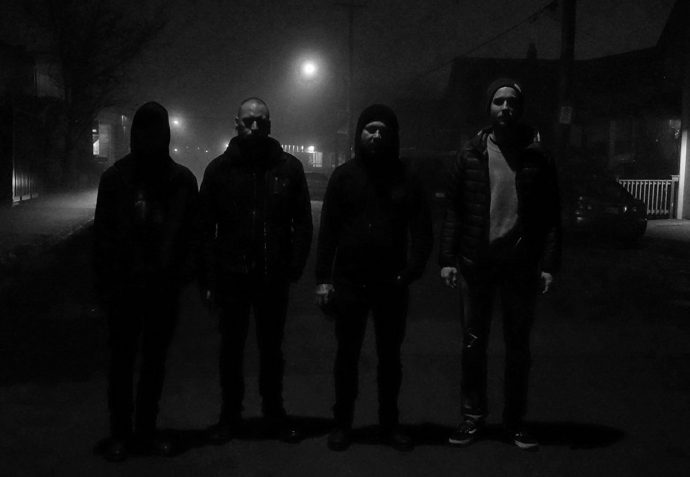 I discovered this Vancouver, BC, hardcore band back in 2012 through their self-titled debut EP (reviewed here), which I described as “a bit of gory old Carcass, a bit of Dismember, a bit of crawling death/doom, a bit of crust-punk, a few nail-bombs, and some arson at a nursing home”.

A couple of years later, we premiered a track from the band’s debut album, Triumph and Despair. Of that song I wrote: “‘I Think I Can’ rumbles like a freight train and stomps like your spine is a snake that needs killing. Selfishly I would have preferred that the song were longer, but on the other hand I still had one working leg by the time it ended, so there’s that”.

So you see, this newest song isn’t the first time that WTCHDR’s music has put dark thoughts or vivid images into my head. It’s just happening again after a few years away from their music.

“The Glass Has Never Been So Empty” is dark indeed. It melds the punishment of a heavy-as-hell rhythm section with crystalline, spiraling guitar leads that seem to wail like the anguish of a lost soul caught between hell and heaven, and python-thick, neck-wrecking riffs. Through it all, the band’s vocalists howl in a litany of rage and pain, and who could deny their refrain: “SOMETHING NEEDS TO CHANGE”.

Yeah, it’s a bleak, crushing experience, with an edge of madness that becomes a very sharp edge by the end of the song. But it has sharp hooks, too, sharp enough to snag you in the gills and stay there after the music ends. You’ll see.

Failed Ambition was recorded and mixed by Stu McKillop at Rain City Recorders in Vancouver, and it was mastered by Brad Boatright at Audiosiege in Portland. The album will be released on February 2nd, digitally and on cassette, and you can pre-order it via the Bandcamp link below.

And if you’re within striking distance of Vancouver, you should turn out for WTCHDR’s album release show at Astoria on February 16th, which will also include performances by All Pigs Must Die and Baptists. More details here.

2 Responses to “AN NCS VIDEO PREMIERE: WTCHDR — “THE GLASS HAS NEVER BEEN SO EMPTY””