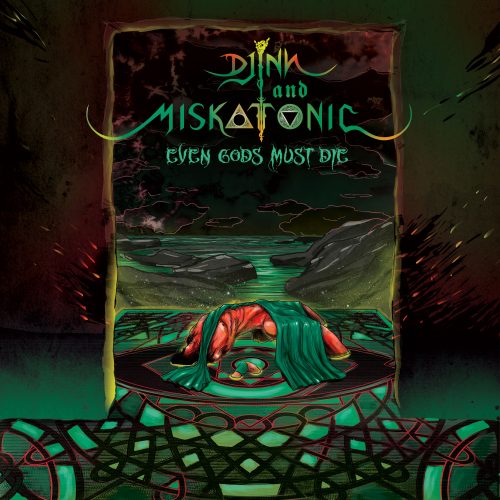 We were introduced more than three years ago to the Indian doom band Djinn and Miskatonic through Comrade Aleks’ inclusion of them in one of his Doom Quizes. At that time, they had released a debut album, Forever in the Realm, and now they’re back with a second full-length, just released by Transcending Obscurity. Bearing the title Even Gods Must Die, it’s a six-track edifice of doom exceeding an hour in length. Three of the tracks have appeared in the lead-up to the release, and now we deliver the premiere of a fourth one: “Harvest of Kings“.

It’s difficult to imagine any fan of traditional doom not becoming enthralled by this long track, which casts a haunting spell that grows ever deeper as the minutes pass. 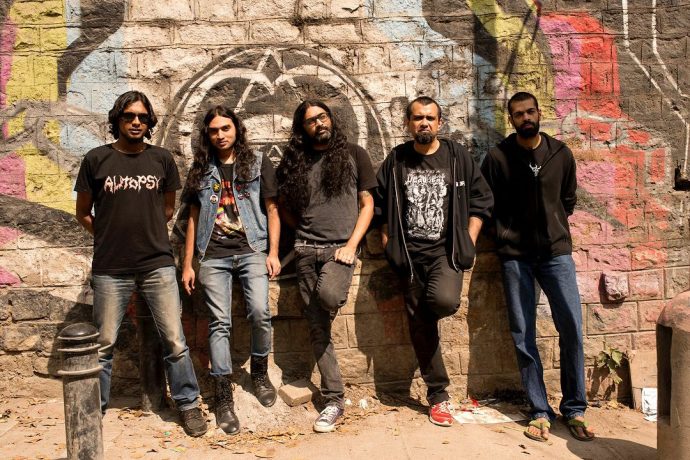 The song’s slow, shambling, but head-nodding rhythm is part of its hypnotic power, but it also draws strength from a dismal, craggy central melody and from the gloomy clean vocals (which made me think of a spectral sea shanty, although this isn’t a tale of ghost ships passing through the night). There are other elements in the music as well, including the appearance of acid-harsh vocals and, following a glacial, gravelly bass solo that forms a bridge, a ratcheting of tension that builds an uneasy sensation of derangement… until the music falls back into expressions of mourning and misery, the melody moaning and oozing like the final flow of congealing blood from a fatal wound.

Even Gods Must Die is available now, on CD and digitally, via the Bandcamp link below. And as further inducment, we’ve included a stream of the three previously released songs in addition to our own premiere of “Harvest of Kings“.