When I heard the first single (“XI”) from this Lithuanian band’s debut album, End of Chapter, I had a suspicion that we had something very special on our hands. By the time we ourselves premiered the second one (“XII”), I had a firm conviction that this record would stand well out from the pack and become a highlight of the year. Finally being able to hear the full album provided confirmation. 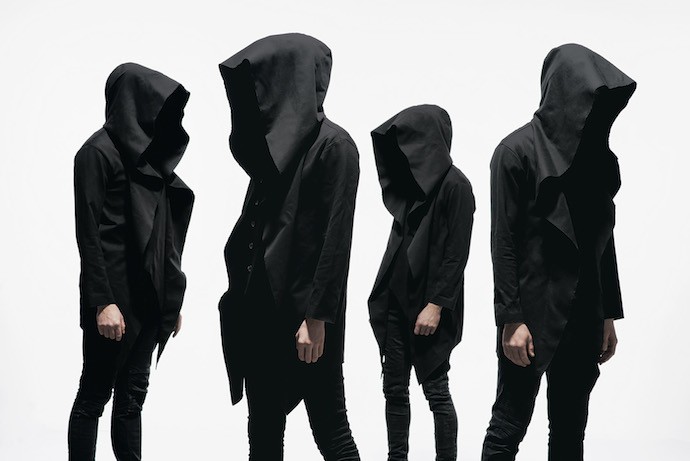 And yet the Au-Dessus track I’m adding to this list isn’t one of those first two singles, but is instead the one that opens the album — “VI“. It displays many of the qualities that made those other songs so immediately striking, but I think it’s just slightly more “infectious” — not necessarily a better song, but more immediately memorable, though without sacrificing the band’s trademark intensity.

In this song Au-Dessus set the hook early and drive it deep through a looping repetition (which is part of why it’s so infectious), and then they start moving through one riveting change after another without ever letting the listener off the line. And tere’s another looping passage that drives the song toward a close that’s just glorious.

By the way, if by some chance you haven’t listened to the album as a whole, it’s tremendously powerful from beginning to end. 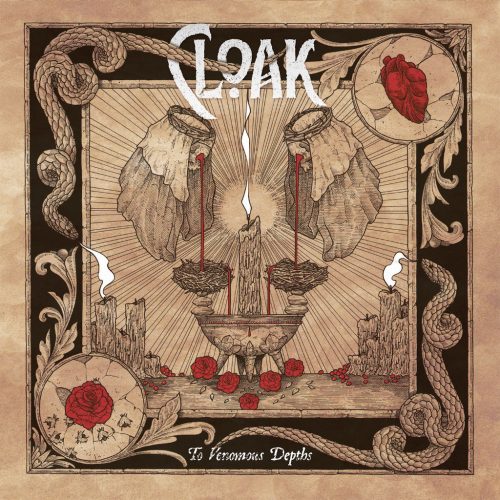 To Venomous Depths was another debut album that made a big impact on me, and on many others, as demonstrated by its appearance on numerous year-end lists. It’s tough to pin down in genre terms, but that’s part of what makes it so attractive.

The album opener, “To Venomous Depths/Where No Light Shines”, is a prime example of Cloak’s ability to mix and morph genres in extremely successful ways. Cloak draw upon both venerable classic metal stylings and occult flavors of rock (along with wellsprings of vocal bestiality) to produce a song that gets the listener’s head moving and sinks its sinister melodies into the brain as well. And there’s also stand-out drum and bass work here — those performers ensure that sitting still as the track rolls on isn’t an option.

You could make a case that other tracks on the album are equally deserving of a “most infectious” label, but this is the one that gets my nod.

This next pick for the list is a bit of a calculated one. You see, I probably would have picked “Ultra” — probably — except for the fact that my comrade Andy Synn already named “Ultra” to his own list of 2017’s Top 10 tracks. And for me to also name it as one of last year’s most infectious songs seemed, I don’t know, repetitive?

And since Black Anvil’s latest album, As Was (released approximately one year ago, but we clearly haven’t forgotten it), contains other completely worthy candidates for this list, I felt completely comfortable in deciding to pick another one. If I were writing this post tomorrow, I might pick a third one. But today, it’s “May Her Wrath Be Just” — the third song in today’s collection that’s an album opener [correction: it’s not, it’s just set to stream first on the Bandcamp page].

As Andy pointed out in his review, it’s a real pulse-pounder. And it includes some surprising twists and turns. And of course it’s catchy as hell.