There’s heavy, and then there’s HEAVY.  As metals go, Lead is heavy, but Iridium is twice as heavy as lead. As metal bands go, Jupiterian is the Iridium of heavy music. 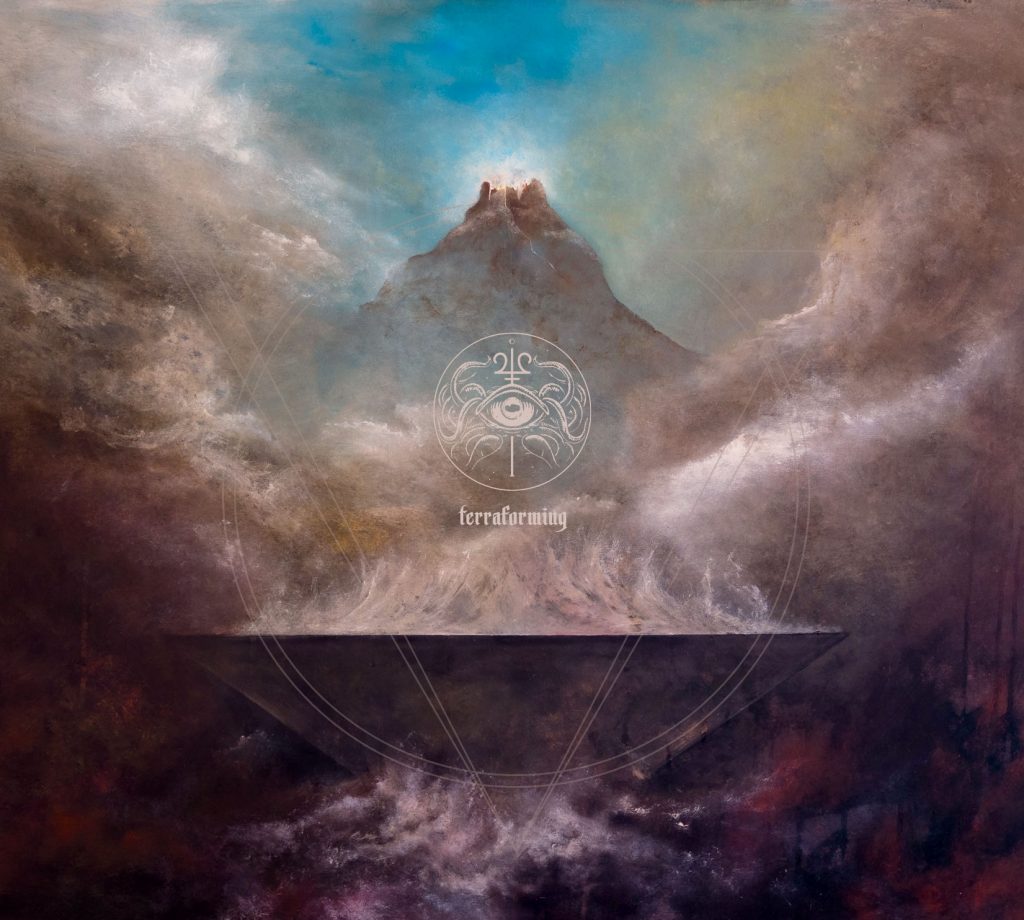 I’ve played “Sol” for a few non-metalhead friends, not because I thought they’d like it, but for the fun of seeing their faces change once the song begins. Invariably, eyes get very big, like loris eyes.

When we premiered the song here at NCS, I wrote:

“The massive, lurching, stomping riff that opens the song digs its calamitous hooks into the listener’s head almost immediately, its crushing impact magnified by avalanche drumming. A feeling of mortal peril flows from the sound, and grows more intense as the lead guitar seethes and boils with vicious intensity and the vocalist’s deep, heartless roar emerges in the midst of these apocalyptic sounds.

“Jupiterian introduce variations on that central riff (including a sequence of notes that might remind some of you of Jethro Tull’s “Aqualung”), and when the lead guitar returns, the band introduce moods of sorrow and anguish into this otherwise brooding and baleful piece. Introduced by a solo that flickers and weaves, the intensity of the music mounts to a crescendo of pain before bright reverberating tones bring this staggering track to an end.”

“Sol” comes from Terraforming, which is a stunningly powerful record, and one you ought to bring down upon your head like an anvil if you haven’t already. 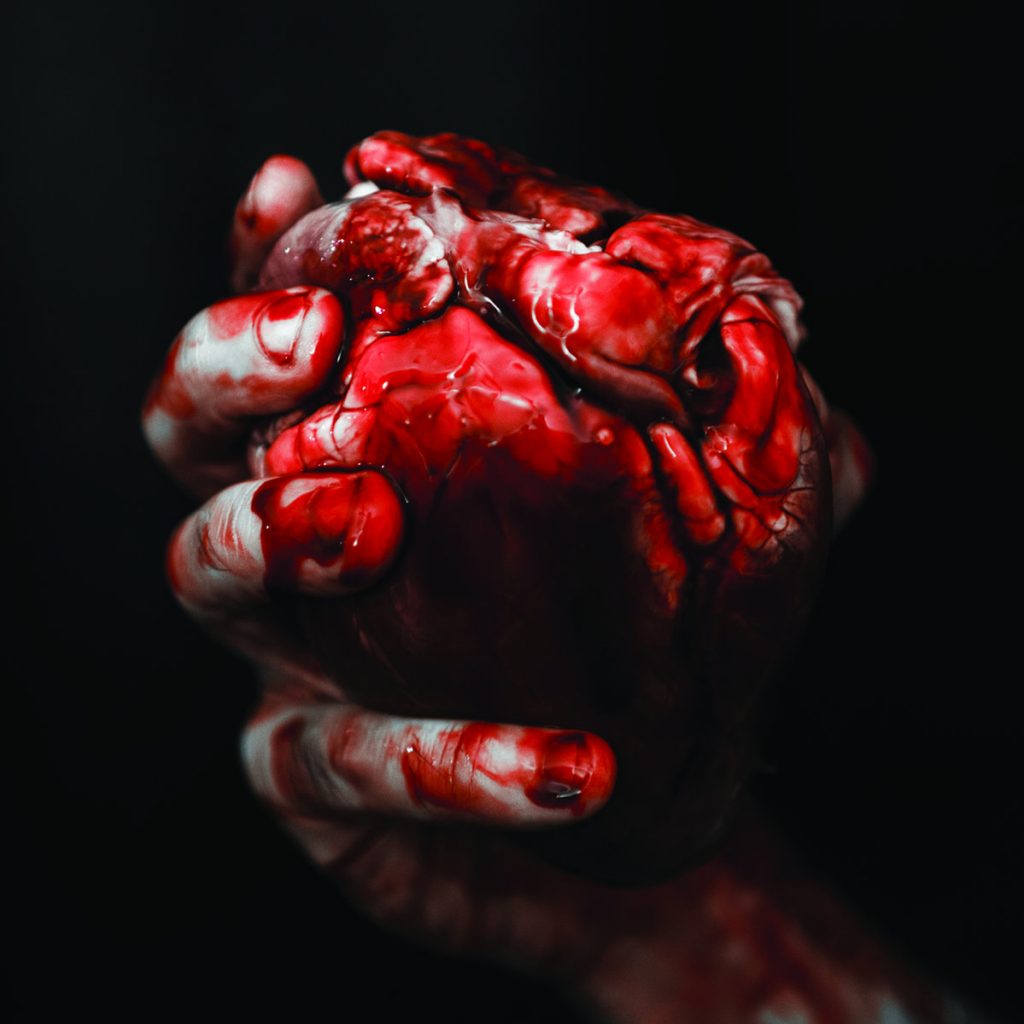 When it comes to HEAVY, Forgotten Tomb are no slouches either. When I included the title track to their latest album, We Owe You Nothing, in a round-up last September, I wrote:

“I might as well just announce right now that “We Owe You Nothing” will be on my list of 2017’s Most Infectious Extreme Metal Songs. The pounding central riff is heavier than a very heavy thing; the squalling guitar solos and ringing,, dissonant leads are highly seductive as well as unsettling; the vocals are as maniacally deranged and psychotically murderous as the lyrics. Not surprisingly, doom hangs over the music, but this song is heavier and more death-metal oriented than I had been expecting. Bravo!”

The lyric video for the song is sick, too. And I mean “sick” in the usual, non-metal sense of the word. And in most workplaces it’s NSFW. 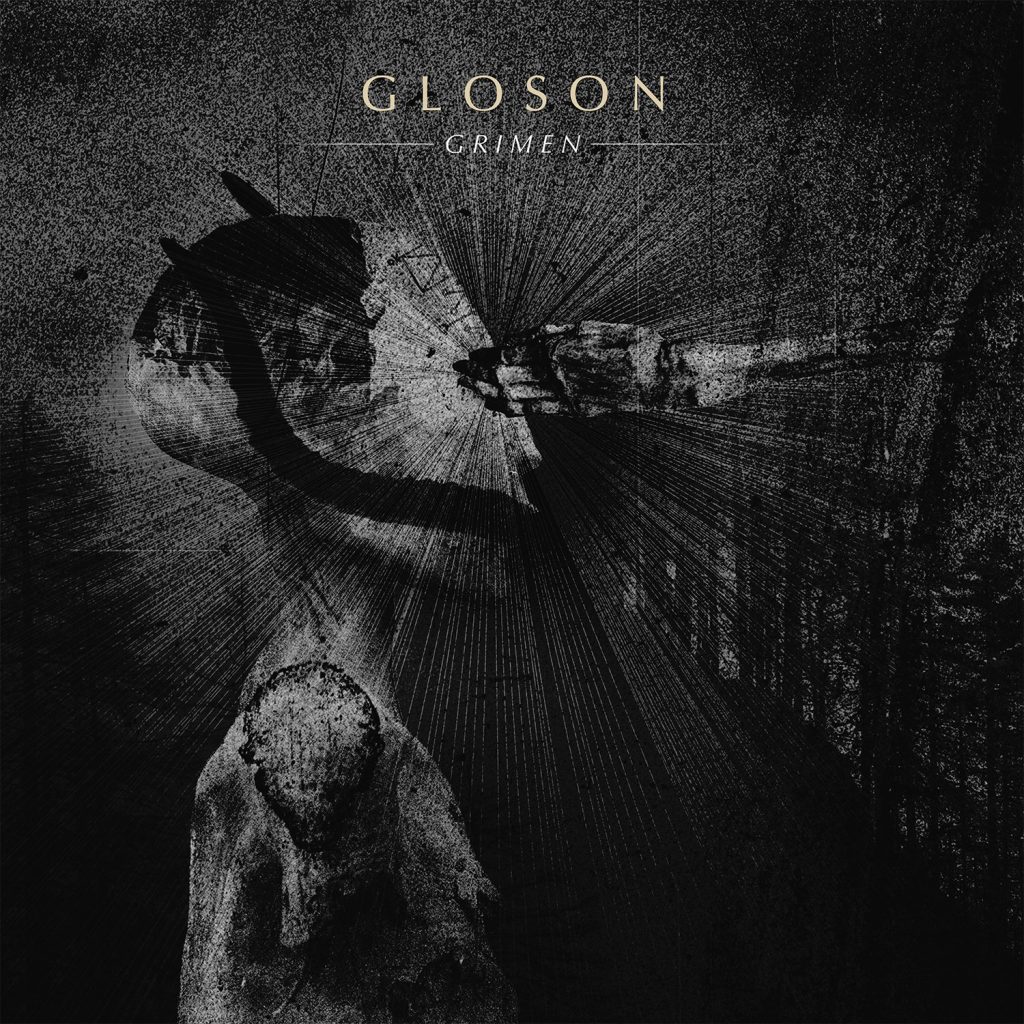 We loved Grimen, the debut album by the Swedish sludge/post-metal titans who call themselves Gloson, released last year by Art of Propaganda. To borrow a few words from Andy Synn’s review at our site,

“Grimen is an album with, for want of a better word, real presence. Something which makes it impossible to ignore, and impossible to forget…. There’s just something about this music, something so uniquely dynamic and utterly overpowering, that I find myself irresistibly drawn to it again and again, as if it has its own inescapable gravity…. [A]lthough it’s only February, I think I’ve already found one of my albums of the year.”

And, ten months later, Grimen did in fact appear in a high position on Andy’s year-end Personal Top 10 list. It was also one of my own favorites among all the albums released last year.

For this list, I was torn between “Antlers” and “Cringe” (we premiered videos for both of those tracks), but ultimately settled on the latter. Anchored by a huge, gravel-textured low end that shivers the spine and tumbling drum beats that rumble the guts, the song spins out streamers of ethereal guitar melody and pounds with hammering riffs, building an almost hallucinatory atmosphere even as it gets your head bobbing. The extended instrumental section in the back half is electrifying, and spellbinding. And the video is also great. 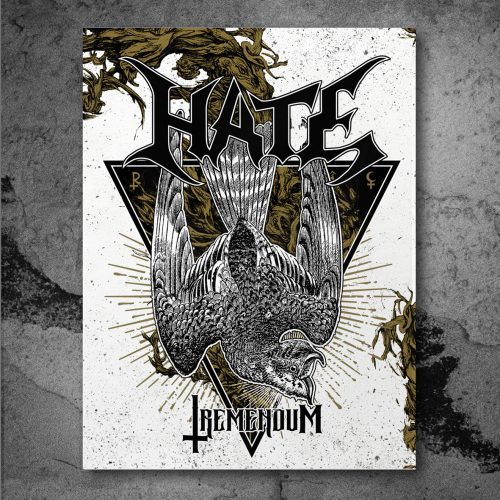 Tremendum was the tenth Hate album in a career that now exceeds two decades of time, and somehow they continue to produce albums worth locking into even though they have remained largely faithful to a consistency of core sound and style, in part because Hate haven’t simply re-hashed their music from album to album. As DGR wrote of Tremendum in his extended review:

“Tremendum feels like a Hate album put through an incinerator, all of the fat boiled away and leaving behind its barest form. It is a focused and, yes, familiarly furious album from the band — one that veers away from the leviathan-like tendencies of their last disc and becomes a gigantic being of flames and destruction. The band spend nine songs scorching the Earth and leaving nothing behind in their wake except a molten ball of rock.”

I admit that I’ve been influenced in my choice of songs from the album by the favoritism DGR has shown toward “Ghostforce“. His enthusiasm for the track has communicated itself to me; I really do love going back to that song. And so I’ll conclude this introduction with his words:

“Completely disconnected from everything else, though, I do have to say I have a personal fondness for the song ‘Ghostforce’, which is just four minutes of relentless battering from beginning to end. It’s not the most dynamic track on Tremendum but the amount of energy that song pumps out is undeniable. Plus, it’s called ‘Ghostforce’….

“For all the bombast, ritual, layers, and dynamic songwriting in the world, you need the occasional song that is almost one-note perfection. Like the songwriting process just boiled down to, ‘What if we just went, really, really fast for four minutes?’. Sometimes, subtlety catches a bullet in the brain pan.” 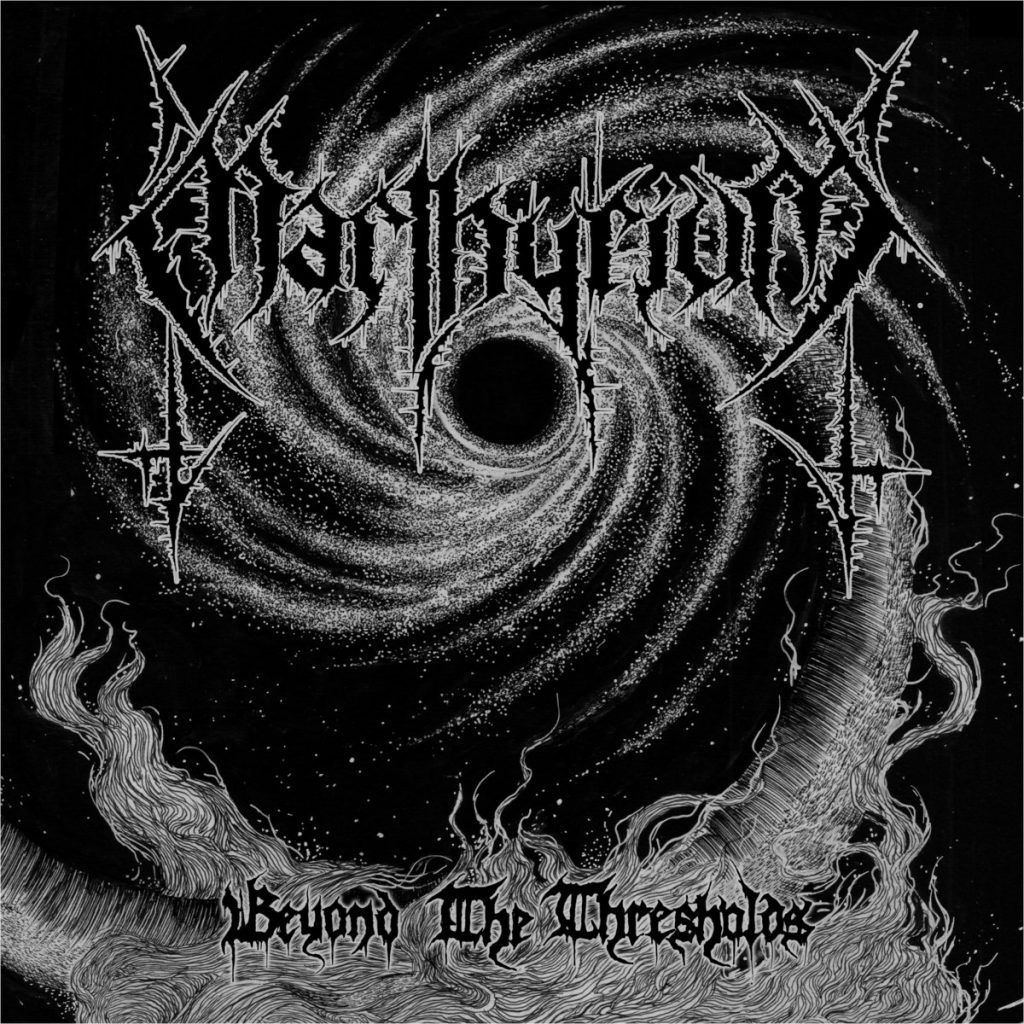 To conclude today’s cavalcade of infectious crushers, I have “Abominations“. It is one of many unnerving but addictive tracks on Beyond the Thresholds, the debut album of these Galician extremists, but it has stayed with me more strongly than others, perhaps because it was the first one I heard from the album. And when I first heard it I wrote:

“An atmosphere of grim and terrible majesty seeps from the music immediately, tendrils of dissonant melody twining their way through titanically powerful rhythms. When the music begins to seethe and swarm and the rabid vocal howling begins, the atmosphere changes to one of delirium and unchained ferocity.

“Combining elements of bestial black metal and death metal horror straight from the crypt, the song is both unnerving and electrifying, physically punishing and twisted in its arcane energies. And it’s produced in a way that delivers clarity as well as stunning power.”

Later, I had more to say about the whole album here, and I continue to recommend it heartily for those who haven’t yet discovered its shuddering power.