So, we return once again to do a little globe-trotting, skirting around the edges of heavy metal and talking about three more newly released songs that have popped up over the past week and a half. 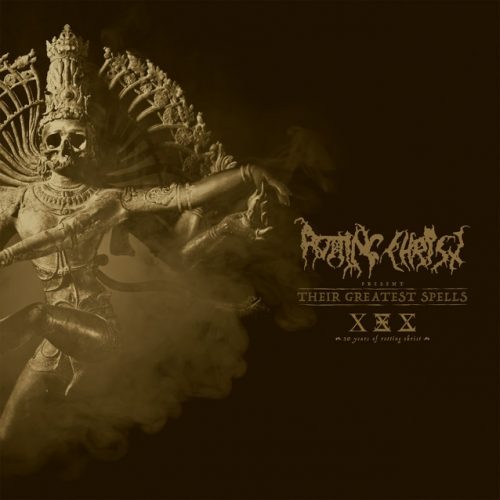 Rotting Christ – I Will Not Serve

Rotting Christ have kept to a pretty steady album cycle over the past few releases. Every two-to-three years you hear from the band, and 2018 was starting to look like a year in which we might hear some new rumblings from this veteran Greek metal band.

Late last week saw the reveal of a previously unreleased song — actually right about the time our lovely editor posted Part Three of his massive Shades Of Black roundup, just missing the cut — entitled “I Will Not Serve“. It comes off of the massive two-disc greatest hits collection that the band will be putting out in March through Season Of Mist, entitled Their Greatest Spells. This is not the only previously unheard material coming from the band: The beginning of February still has the band scheduled to release a 7″ through Peaceville entitled The Call as well, with a newer track on that one.

“I Will Not Serve”, however, is perfectly in-line with the group’s last three albums, with the opening building upon the group’s oft-favored battlefront atmosphere; war drums, percussive shouted vocal segments, and a multitude of warlike guitars really hammer events home. There is actually very little growling throughout the song; “I Will Not Serve” casts the band in full militaristic shout mode, with the drums alternating between a rotating blast and the classic driving double-bass hit that has become the latter part of Rotting Christ’s foundation of sound.

Harakiri For The Sky – Voidgazer and Manifesto

We’ve already had the chance to speak at length about Harakiri For The Sky’s upcoming album Arson, but just because a couple of us schmoes got lucky enough to hear the disc early doesn’t mean that the premieres from the group are going to stop. Last week the band unveiled yet another song — joining brethren “Tomb Omnia”, “You Are The Scars”, and “Heroin Waltz” to basically have half the album released early. The new one is “Voidgazer“, Arson’s seventh track, an dit debuted via website Zona-Zero.

“Voidgazer” is another lengthy one — a Harakiri For The Sky trademark — clocking in at fifteen seconds over nine minutes. It’s one of a couple of songs on Arson that have Harakiri For The Sky sounding a bit like a slightly-more melodic take on their Aokigahara disc. There’s a lot of keyboard and piano scattered throughout Arson, and “Voidgazer” carries a fair bit of that melodic flair, though the group still prefer the slow-moving anguished howl with guitar behind it to carry most of the weight.

Our own review touched upon it briefly, referring to “Voidgazer” as “instantly captivating” and one of two “biggest and brightest highlights” that close out the album.

UPDATE: Well, not long after this post went up today, yet another track from the album had its premiere. This one is the band’s cover of “Manifesto“, originally recorded by Graveyard Lovers, and it appears as a closing bonus track on the box-set and limited-edition vinyl versins of Arson. You’ll find that stream below, too. 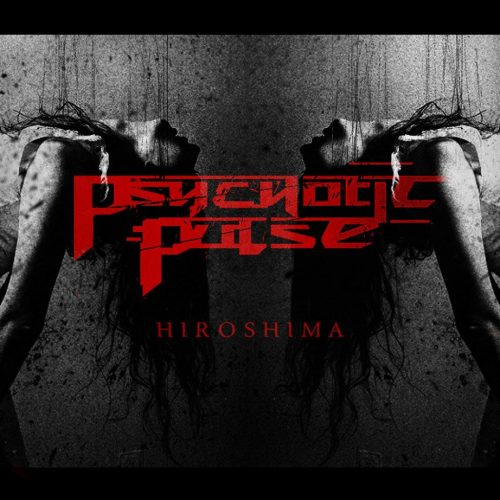 Finally, Canada’s Psychotic Pulse returned to us as well, posting up a new song under the cover of night a little over a week and a half ago, in the form of a cover of a song originally recorded by the Canadian thrash band Sacrifice — “Hiroshima“.

The groove-heavy band have been quietly working on new material since the release of their self-titled debut disc and their EP Avolition in 2013, but the group have also been dealing with lineup changes, particularly on the vocal front, and in this cover new vocalist Kyle Clyma steps into the lead role with some very high shrieks that add to the sense of neck-breaking speed the band are playing at.

Given the similarities that a speedier-death metal band bring to the table in covering a thrash song, Psychotic Pulse’s take on “Hiroshima” has some shades of Heaven Shall Burn’s own thrash cover of Sodom’s “Agent Orange” on their disc Wanderer. In large part that could probably be credited to the presence of higher growls as they tear their way through the song. “Hiroshima” also includes an appearance by prolific guest guitarist Dean Arnold of Vital Remains, adding to his resume along with appearances on Hate’s Tremendum and Mechina’s Progenitor.

“Hiroshima” is a fun headbanger of a song, which is something of a given considering its strong source material, but the bigger promise is that Psychotic Pulse are saying they’ll hopefully have a new disc out this year, which will mark a little over five years since the group’s debut. Until then, though, get yer’ circle pit on with this new one and be happy the band are still going.

One Response to “SEEN AND HEARD (BY DGR): ROTTING CHRIST, HARAKIRI FOR THE SKY, PSYCHOTIC PULSE”