“Once more unto the breach, dear friends… when the blast of war blows in our ears, then imitate the action of the tiger; stiffen the sinews, summon up the blood, disguise fair nature with hard-favour’d rage….”

And I do have some raging metal in this third installment of today’s new-music round-up. Furthermore, despite how much savage new stuff I’ve launched at your earholes today, I have one final installment planned. And now, cry “Havok!” and let slip the dogs of war.

To begin Part 3 of this round-up I’ve chosen “Windumanouth“, a track from Urstoff, which is the debut album of the Italian black/death band Rust. It will be released in the spring of this year by Dusktone, which characterizes the music as “magical, evocative and enchanting work, as well as tragic, apocalyptic, cruel, painful, fatal, nefarious, violent and deadly….” With one possible exception, I wouldn’t quarrel with any of those adjectives. 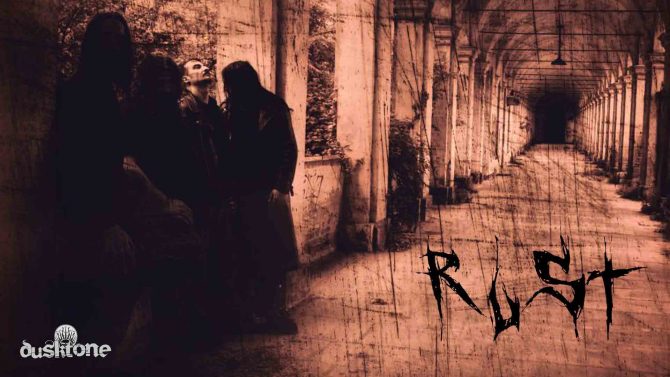 As Dusktone’s string of adjectives suggests, “Windumanouth” is a multi-faceted track. It’s a high-speed, warlike onslaught of thundering, threshing sound, with chilling vocal savagery and an atmosphere of chaos surrounding it. At the same time, while frenzy boils in the music, there is indeed also an air of terrible majesty. Strange, even hallucinatory clean vocals make an appearance, and when the speed and ferocity of the music briefly diminishes, the song itself generates a feeling of hallucinatory madness.

The one Dusktone adjective I might quarrel with is “enchanting”, unless perhaps the idea is a form of sorcery that ushers nightmares through the front door of your mind. 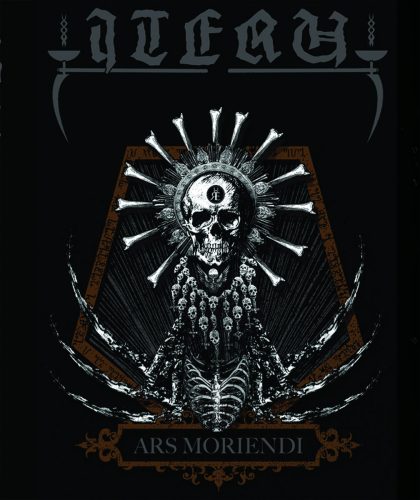 I confess that I was transfixed by this next item — transfixed (and somewhat terrified) by both the song and the video. The song is a track named “We the Dead” from a debut demo, Ars Moriendi, by the Belgian doom/death band Iteru. It was released by Helter Skelter Productions on January 2, though the video appeared close to the end of the month.

The slow, sparkling, reverb-laden notes at the outset of the song have a dreamlike quality, though it’s an uneasy dream that comes to mind. Perhaps the ephemeral quality of those sounds just makes the contrasting impact of what comes next even more stupefying. And what comes next is a staggeringly heavy, and utterly poisonous dirge. The deep, vibrating main riff just feels… evil as sin… and the grotesque vocals don’t sound human at all. When the drummer jams his foot on the song’s accelerator, it only becomes more frightening, with the fear factor enhanced by feverish yet spectral lead guitar vibrations.

And man, those cavernous vocals really are monstrous, and monstrously effective in putting the shivers on your skin — although the impact of them is magnified by watching blood fountain from the vocalist’s mouth in the video… which complements the terrors of the music very well. 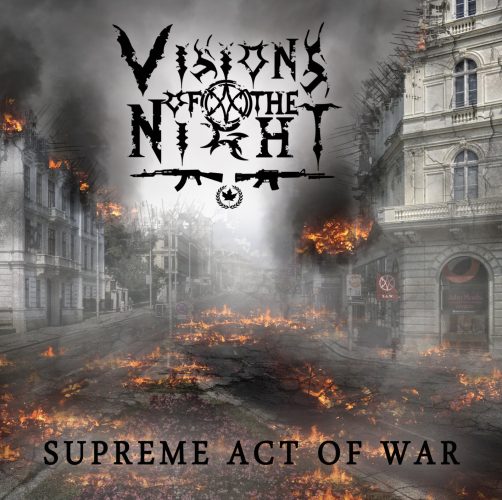 VISIONS OF THE NIGHT

I borrowed some famous lines about war by Shakespeare at the beginning of this post, and the last song in this installment of today’s round-up, presented through a lyric video, is very directly about war as well. In particular, it’s about World War I, which is a relatively rare subject matter for extreme metal bands, even though it was hands-down the most horrific and costly of all wars to date.

The song is “Western Trench Line” from the album Supreme Act of War, by the death/black metal band Visions of the Night from Toronto, Canada. The album was released last November and is available on Bandcamp.

There’s a bit of Gojira-esque lurching, stomping, and string-squealing in the song, but when it kicks into a higher gear, it becomes a rampaging death metal juggernaut through and through, with a weird, wailing melody shivering over the carnage on the earth below. The vocals, which range from abyssal roars to flensing shrieks, suit the devastating subject matter of the song as well.

One Response to “A TUMULTUOUS TUESDAY (PART 3): RUST, ITERU, VISIONS OF THE NIGHT”