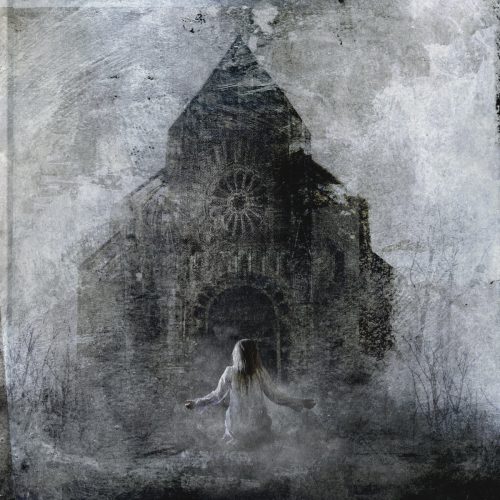 In 2015 we devoted significant attention to the Saskatchewan band Altars of Grief, premiering a track from their superb split with fellow Canadians Nachtterror, publishing an interview by Comrade Aleks with Altars guitarist Evan Paulson, and naming that same song from the split (“In Dying Light”) to our list of that year’s Most Infectious Extreme Metal Songs.

Now, roughly three years later, Altars of Grief will be releasing their second album, Iris, through Hypnotic Dirge Records, and it’s our pleasure to bring you the stream of an album track called “Desolation“. 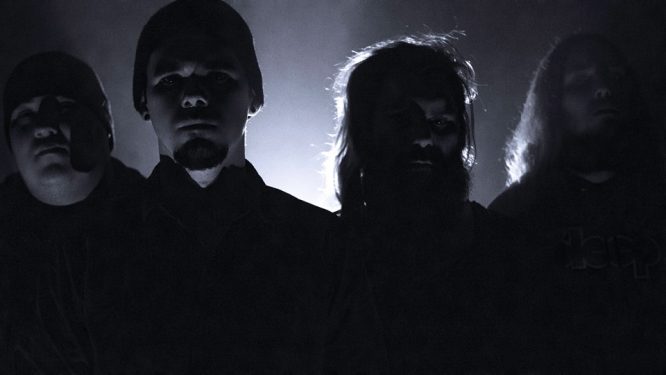 On that great song from the 2015 split, Altars of Grief revealed a nuanced expression of sorrow that was as beautiful as it was devastating. It hit hard with weighty doom riffs and a building atmosphere of grief and wistful remembrance, but there was a transcendent quality to the music as well, and it left haunting memories. The band have continued to combine those shades of gloom and rays of light on the new album, and in particular on the song you’re about to hear.

About the album as a whole, the band’s vocalist Damian Smith has commented:

“The story of Iris is very much rooted in our prairie surroundings and deals with the struggles of addiction, sickness and religion. A father finds himself unable to connect with and care for his young daughter, Iris, who has fallen seriously ill. Spiralling deeper and deeper into his vices, and feeling rejected by Iris’ new-found and unwavering faith, he gets into his car and decides to leave her behind. Somewhere along the icy road, he loses control of his vehicle and perishes. His purgatory is to watch helplessly as Iris slowly succumbs to her illness without him.”

That’s a heavy theme, to say the least, and it provides insight into this new song, “Desolation“.

As an emotional experience, desolation can take different forms, ranging from the kind of devastating collapse that leaves you hollowed out and numb, to a grief so severe that it’s wrenching and raging. In this Altars of Grief song, those experiences seem to be entwined. At the outset it builds to a swelling roar of sound, a combination of powerful blasting drums, rapid-fire spiraling bass notes, and throat-splitting vocal extremity. There is an edge of tension in the turmoil of the music — and then the tension suddenly breaks when clean vocals come in, and the mood of the music moves in a more soulful but still deeply sorrowful direction.

The song resumes its powerful surge, but then abruptly collapses into a slow, doomed stomp, while the vocalist shrieks the pain of anguish. And one more musical shade of sorrow lies ahead, one that will get heads moving from the darting riff and tumbling drum beats, but one that will also remind you, through a soulful dual-guitar solo, that this is a grief that won’t go away.

Iris features the cover art of Travis Smith (Katatonia, Opeth, Anathema, and many more), which depicts Iris’ final moments as she kneels before the wintry church and embraces her fate. The album also includes cello melodies on tracks 1, 4, 5, 6 and 7 written and performed by Raphael Weinroth-Browne.

The album will be released by Hypnotic Dirge on March 21 and can be pre-ordered digitally via the link below; CDs and some bundles will become available later this month (and the physical packs will include a digital download)

After our stream of “Desolation” you’ll also find a stream of a previously released track, “Voices of Winter“.

4 Responses to “AN NCS PREMIERE: ALTARS OF GRIEF — “DESOLATION””