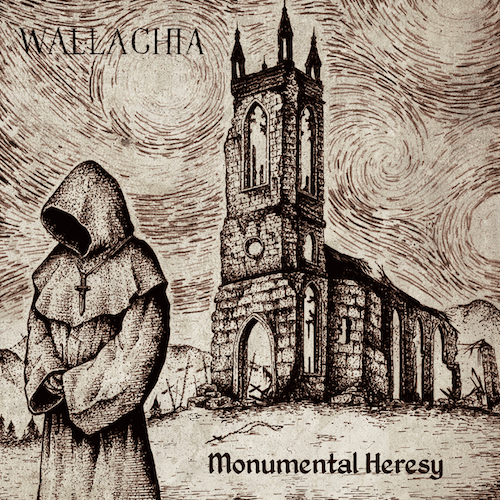 The opening bars of “Heathen Shores” transports the listener’s mind like a time machine, deep into centuries long lost. And then, without losing the thread of the melody, Wallachia rocket forward again, jabbing and jolting, galloping and gliding, snarling and shrieking, in a display of highly head-bangable heavy metal might.

“Heathen Shores” is a track off Wallachia’s new album Monumental Heresy, which will be released by Debemur Morti Productions on April 13th, and we’re joining with other sites around the globe in bringing you the premiere of the song. 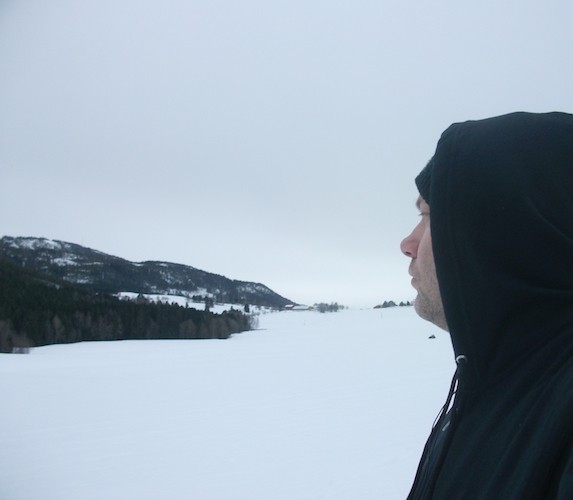 This is the fourth album by these Norwegian pagan black metal classicists. Like the new song, the album as a whole is a marriage of raging black metal from the mid-’90s and strains of melody from a far more distant past. In addition, to enhance the connection to those distant shores, Wallachia have incorporated the sounds of a full choir, violin, viola, cello, and ornate synth arrangements.

This is also the first Wallachia album that was recorded as a full band, and it further includes the following guest musicians: Athelstan from the UK’s Forefather arranged and performed the album intro and outro; and Italian female vocalist Aeterna (NAHABAT/XVARHNAH) provides a lead on “The Parallel Fate of Dreams”.

Debemur Morti explains that the album is “thematically concerned with personal liberation from the strangling hands of theocracy and religious dogma”, and that “from the epic, bombastic opening track ‘Heathen Shores‘ via the melancholic ‘The Parallel Fate of Dreams‘ to the purely savage ‘Beasts of the Earth‘, never before have Wallachia pushed songcraft or the dynamics of their sound as far”.

“Heathen Shores” is indeed a glorious song, one that gets the pulse racing, fires the imagination, and seems to take flight in its crescendo. And as mentioned, it’s excellent headbang fuel. Pre-order via the links below.

One Response to “AN NCS PREMIERE: WALLACHIA — “HEATHEN SHORES””