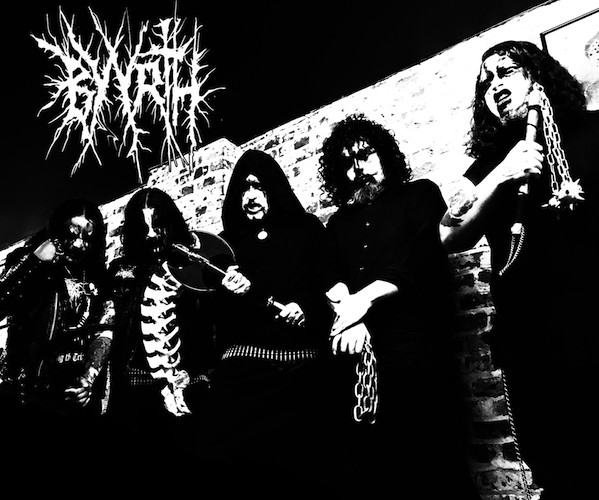 A venomous riff swirls and squalls in the song’s opening moments, setting the stage for a track that packs plenty of hooks and malignant intent, surrounded by an air of rampant savagery. A hammering drum beat kicks in, anchoring the advent of ominous, groaning, and seething guitar noise, accompanying a cacophony of wild, blood-letting shrieks and incendiary cries. And Byyrth also indulge a side of their sound with punk roots, moving the music with a swaggering rock beat and infectious chords… but never pulling back from the murderous blood-lust that gnashes within the boiling black core of the song. 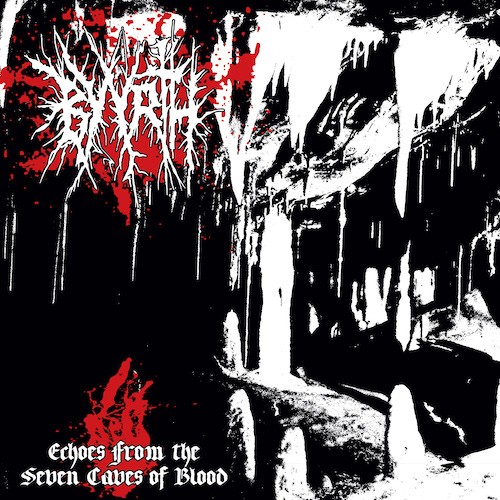 Echoes from the Seven Caves of Blood is this California band’s second album, which will arrive on March 9th via the iron-fisted Iron Bonehead Productions, and will be presented in CD and vinyl formats. It follows quickly on the heels of the band’s 2017 debut album, Saviors of Armageddon. Fittingly for the music’s raw and raging sound, it includes guest vocals on two tracks (“Vampiric War Children” and “Abhorrent Eons”) by Meyhna’ch of France’s Mütiilation.

You can stream one more track, “Vampyric War Children“, below, and you can listen to “Call of the New Legion” at this location. Look for pre-order information soon via these locations: