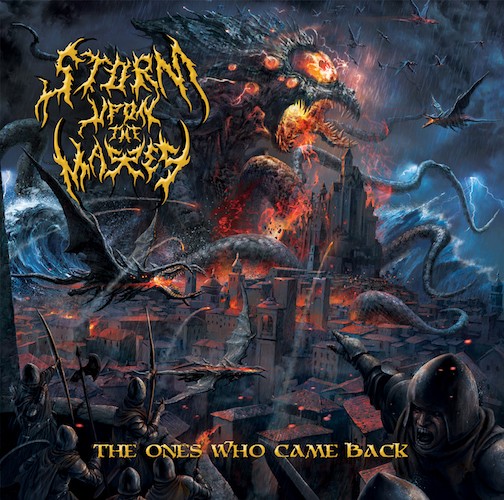 The song you’re about to hear doesn’t last long — roughly two-and-a-quarter minutes — but it’s a hell of a fine example of how much can be packed into a short interval by people who know what they’re doing. In this case the song is “The Ones Who Came Back” by the Belgian death metal band Storm Upon the Masses, and it’s the title track to their debut album, which will be released by Dolorem Records on March 23rd.

Clues to the band’s attack can be found in their label’s recommendation of the album to fans of Hour of Penance, Hideous Divinity, and Krisiun, and in the fact that the album was mixed and mastered by Stefano Morabito at 16th Cellar Studio in Rome, who has worked with the first two of those other bands as well as Fleshgod Apocalypse (among others). A further clue might be found in the cover art created by Daemorph (Avulsed, The Black Dahlia Murder, Acranius). 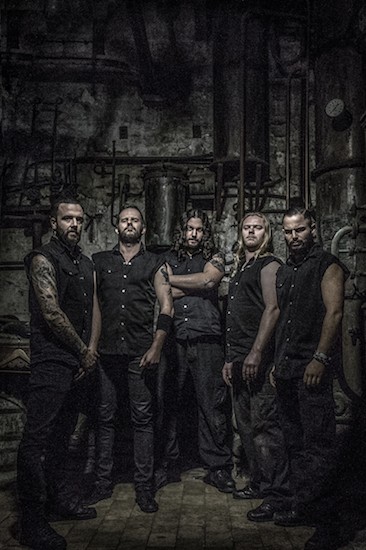 But now let’s return to this action-packed title track, which in its relatively quick run manages to be vibrantly electrifying, savagely brutal, and memorably atmospheric.

It launches in an overpowering storm of sound composed of a blizzard of vicious, hornet-swarm riffing, full-throttle drum obliteration, and roaring, howling vocal ferocity. Bursts of guitar frenzy pulsate through this cyclone, and then the song quickly changes into a spate of jolting, bounding chords and head-hammering percussion, which in turn leads into a pageant of grim, imperialistic fanfares. The song is capped by a crescendo that combines the fury and the ominous grandeur of what has come before. 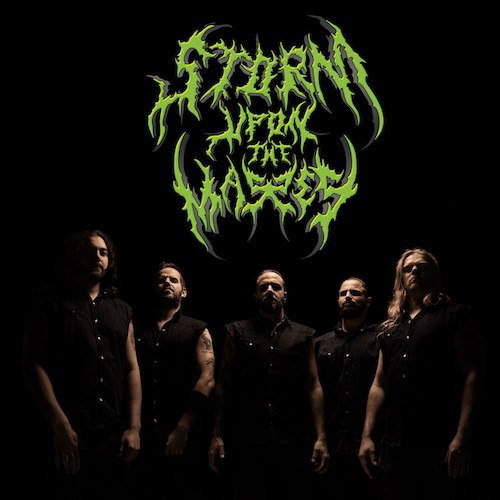 Look for The Ones Who Came Back on March 23rd via Dolorem Records. The full track list is below, along with this powerful song stream.

2 Responses to “AN NCS PREMIERE: STORM UPON THE MASSES — “THE ONES WHO CAME BACK””