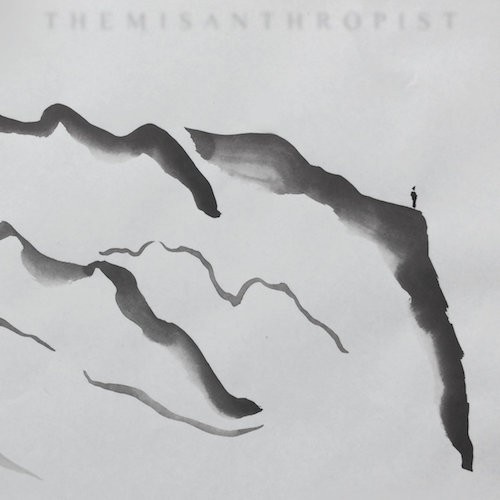 Forgive me for introducing this song premiere with a personal story. By sheer unhappy coincidence, when I first contemplated listening to ThunderWalker’s “To Nonexistence” early one morning I wanted to end my own existence because I had damaged myself so severely. The combination of lack of sleep and a cataclysmic hangover left me a quivering mass of abject misery. I really didn’t want to listen to heavy metal, or any other sound, although I couldn’t stop the low intermittent groans that seemed to be coming from my own throat. But I played “To Nonexistence” anyway… and an unexpected thing happened.

I felt instantly revived. I couldn’t resist moving my head despite how much it hurt. I did that leg-bobbing thing that dudes do when they’re trying to keep time with rhythmically powerful music (but that women never seem to do). The song put a jolt of electricity through my depleted internal batteries. At least for a few minutes, I didn’t feel like death warmed over.

The lyrics of the song shouldn’t have been conducive to an improved mental outlook, especially when they were being exclaimed in such petrifyingly vicious growls and livid shrieks. The words welcome “the beauty of destruction”; they look forward to the purging of the “frail virus” of human life from existence; they proclaim, “All we’re meant to do is burn”. And the dark atmosphere generated by the music’s low-end weight and ominous melodies are in keeping with the grim enthusiasm of the words.

But as brooding, bleak, and furious as these aspects of the music are, the grooves in the song are strong enough to shake the dead in their graves. After the boiling, distorted riff that serves as an intro, everything about “To Nonexistence” seems to pulsate and punch, save for a brief interlude of ephemeral chiming tones and shimmering ambience. The intricate and sometimes seemingly off-kilter interplay between bass and drums is very interesting, and pretty damned irresistible. The last word of the song is a command to “Awaken”… and so I have.

Thoughts of Gojira might come to mind as you listen to the song, but that’s not a perfect fit, just a reference point; other things are going on here as well. But if you’re a fan of that band (or other rhythmically potent groups such as Meshuggah), I suspect you’ll like ThunderWalker.

As for ThunderWalker itself, it’s the solo project of a musician in Auckland, New Zealand. “To Nonexistence” is a single off a forthcoming debut album named The Misanthropist, which is set for release on March 9. The single is available now as a name-your-price download on Bandcamp (here), and the entire album can be pre-ordered for One New Zealand Dollar (or more, as you might choose):