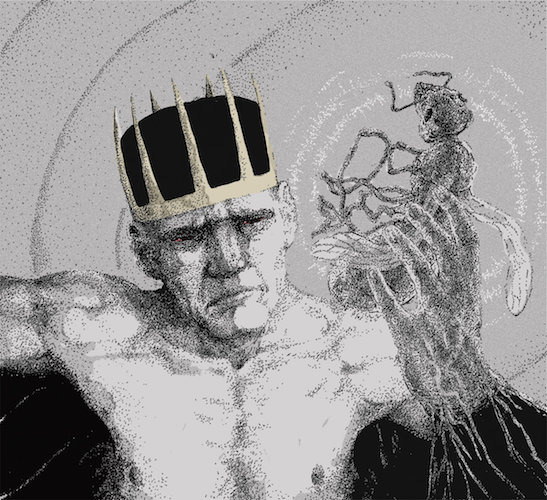 Let’s begin with the name of this band from Bordeaux, which for someone like me is best copy-pasted to avoid the misspelling that would otherwise inevitably result: It is the Romanian word for Satan — spelled backwards. And there is indeed something about the music of Ssanahtes on their self-titled debut album that is both up-ending and devilish. A couple of songs from the album have emerged so far in the run-up to its March 22 release, and now we present another, the name of which is “Let Down“.

That’s the song’s name, but it will definitely not let you down. A composition that might be thought of as an intersection of post-metal and sludge, it manages simultaneously to be bleak, bone-breaking, and astral (or perhaps “spectral” would be an equally good word). But perhaps above all else, “Let Down” delivers immense, pavement-cracking rhythmic power. In the end, you might feel transported, lifted off your feet, but also battered by the vigorous application of a crowbar to the back of your neck. 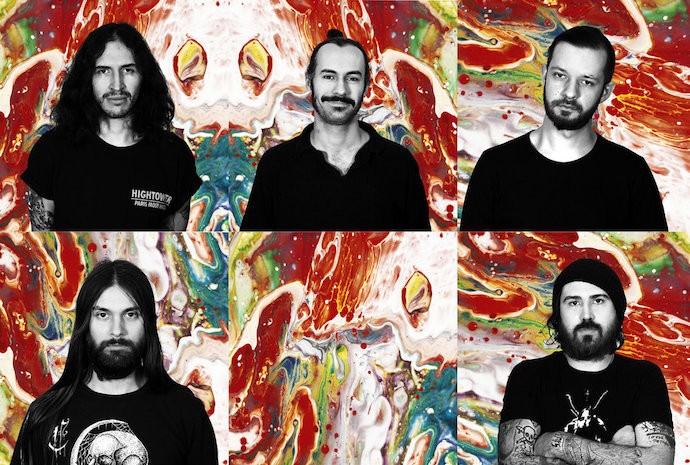 “Let Down” is produced in a way that delivers mountainous impact. The spine-shaking drum blows and jolting riffs are the kind you feel in your bones, the potent rhythms the kind that trigger a primal, body-moving response. That’s one aspect of the music, but there are others. While the hammering rhythms are denting your skull, the lead guitar boils in unnerving fashion, and alien melodies shimmer and cascade across the top of the sound, in sharp contrast to the lead-weighted plundering in the low end.

There are a couple of breaks in the barrage, which leave the flesh-rending vocalist to howl in what might be agony or might be rage, or might be both, and the bassist to run like a hyperactive pulse. In the second one, a strange serpent-like guitar solo surfaces (if serpents could navigate the space lanes). When the band ramp up again after that, into one final cathartic explosion, the ghostly melody soars.

Look for the album Ssanahtes on March 22nd, in both CD and digital editions, via WOOAAARGH!. The album is recommended for fans of AmenRa, Godflesh, Cult of Luna, Kickback, and The Mount Fuji Doomjazz Corporation. And if you’re within reach of Spain, Ssanahtes will be on tour there from February 19-24, and are planning a tour of France, Belgium, and The Netherlands in May of this year. For more info, follow the band on Facebook.