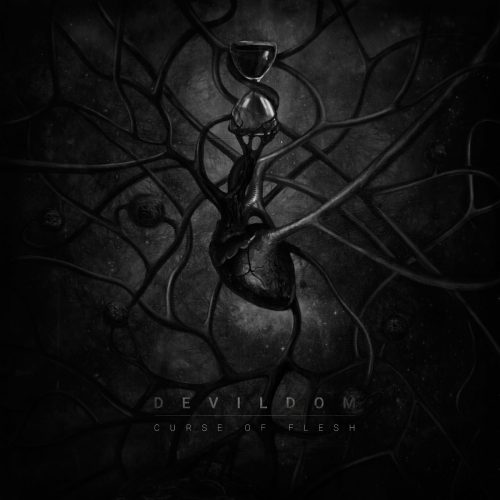 (Here’s Andy Synn’s review of the new album by the Ukrainian band Devildom.)

In my line of work I encounter a lot of bands straddling the Black/Death divide, often pulling from the same pool of influences – Dissection, Dark Funeral, Morbid Angel, Behemoth, At The Gates… the list goes on – and often, for the most part, sounding relatively competent but largely interchangeable. 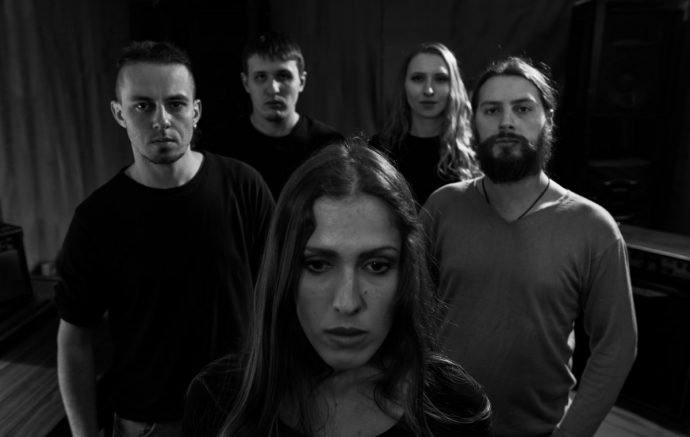 What sets the Ukrainian quintet apart from so many of their peers is that their take on this familiar Black/Death sound has a much more progressive, and unusually ambitious, bent to it, occasionally recalling the forward-thinking ferocity and calculating creativity of the dearly-departed Ludicra (see both “Rewind” and “Let the Fires Burn” for key examples).

Of course Devildom lean much more towards the traditionally “blackened” side of things than Cather and Cobbett, et al, ever did, as exemplified by blistering bone-rattlers like “Risen” and the icy traditionalism of “No One”, but even here they demonstrate a real knack for taking what could have been a relatively stock and well-worn sound (the latter in particular certainly owes a distinct debt to Taake, Tsjuder, etc) and giving it a much-needed spruce up and spit-shine.

The band are at their best, however, when mixing the harsher, harder-edged aspects of their sound with this nascent avant-garde ambition, as can be seen/heard on tracks like the cruelly compelling “Mental Suicide” – which shifts from a sinister slow-burn introduction to a full-throttle, bone-rattling assault on the senses – and the visceral, yet surprisingly versatile, “In the Burial Flames”, which packs in an impressive amount of both atmosphere and aggression into a tight, five minute package.

Concluding with the suitably climactic “Sacrifice”, which once again showcases both the most intensely metallic and intriguingly melodic sides of the band in equal measure, Curse of Flesh proves to be an unexpected diamond in the rough, which not only finds the band putting their best foot forward straight away, but which also holds a vast reservoir of yet untapped potential just waiting to be harnessed in the future.

So my advice is not to let this one slip under your radar. You’ll regret it if you do.