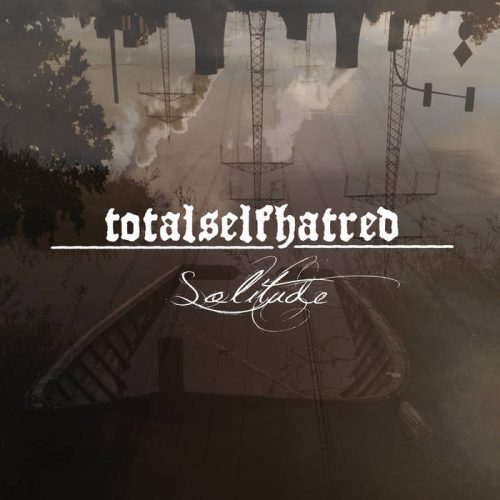 (This is Wil Cifer’s review of the third album by the Finnish band Totalselfhatred, which will be released on April 27th by Osmose Productions.)

Depressive Suicidal Black Metal was never going to be the next big thing in metal. It was however a nice dark and emotive break from a steady diet of blast beats. Chances are, if you are reading this review you don’t need a refresher course in this sub-genre. You also are aware that this band from Finland occupied the top tier of the genre along with Shining and Lifelover.

While not pulling the numbers in terms of record sales that Shining has, they are arguably the keenest of musicians when it comes to making this style of music. There is plenty of evidence on Apocalypse In Your Heart (2011) to support this, making it the album against which their newest release is going to be measured. 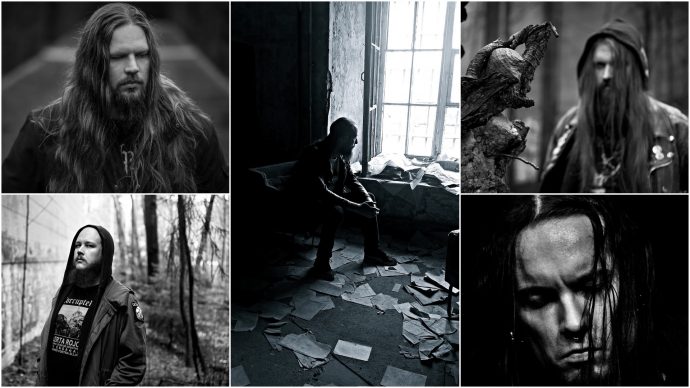 It has been 7 years since Apocalypse in Your Heart was released. In some ways the opening track of Solitude (“Solitude MMXIII”) falls neatly into the depressive black metal box. What I don’t hear is the more unhinged, feral quality from before. But with seven years passing, maturation is to be expected. I also don’t remember synths and piano playing as big a role as they do here. This album really needs to be played loudly in order to soak in all the layers. It is so well-recorded and executed that any complaints I might have when comparing it to the band they once were are pretty much negated.

The bass comes to the forefront on “Cold Numbness”. The guitars kind of fall back into being guitar fuzz as the drummer pours on the double-bass much thicker. The guitars take a back seat here rather than try to wrestle with the massive drum sound in the mix.

They have not forsaken their black metal side. The groove to “Hallow” wins me over in the song’s first few seconds. The guitars come up in the mix and the vocals are screamed just as manically as ever. I’ll have to go back and listen to the first two albums again, but it sounds like the drummer is stepping it up in terms of a more nuanced performance. On this song the vocals finally capture the kind of anger they used to vent more frequently as well.

The first couple minutes of “Black Infinity” find them riding a cloud of atmosphere before blasting back into it. The vocals trade off between the higher shriek and a lower growl. They ride out the deafening pulse ’til the last three minutes ebb back down again and build it back up into another dramatic blast.

The last song, “Nyktophilia”, finds them going from a more introspective tone that gets jams out into something closer to post-rock than what we have heard from these guys before. It builds from there though; they hold back from getting really crushing until the last minute, which shows a lot of maturity on their part.

In fact maturity is one of this album’s defining characteristics. Gone are the rock god solos, but there is no doubt they are excellent musicians who have grown up to serve the song. If you want rock god guitar solos keep your ears open for the new Mournful Congregation, which I discussed yesterday. Time might have mellowed this band, but they are exploring a wider depth of emotion.

One Response to “TOTALSELFHATRED: “SOLITUDE””