The Norwegian musician and vocalist Ole Alexander Myrholt has had a long and prolific career, one that began more than two decades ago and ranged across a multitude of groups and personal projects, but seemed to enter a hiatus around 2011 when his band Tremor was put on hold indefinitely. However, something changed when Myrholt stepped in to play drums for the Norwegian black metal band Mork in December 2016.

Since then, adopting the name Myrholt, he has been recording again, performing all instruments and vocals. Myrholt released a multitude of singles and two albums last year, as well as a two-track EP named Vinter earlier this month. And now a new EP entitled Mørketid has been readied for release, which we are happy to present it to you through a full stream of its five tracks. 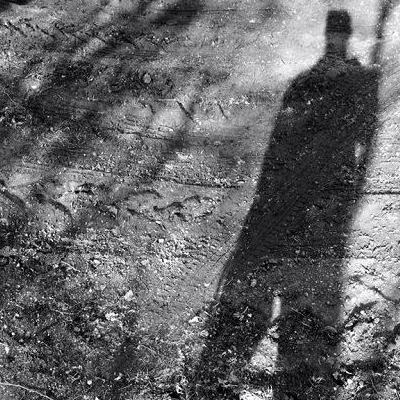 “Myrholt is old school Black Metal. Nothing more, nothing less.” So says its creator about this new project, and in one sense that is true, but the music on Mørketid doesn’t sound old, or the least bit tired. To the contrary, it is a remarkably vibrant and multi-faceted trip — vicious for sure, but also glorious; moody and melancholy, but also brawling and heart-swelling.

Unmistakably, the EP is in part an homage to old school black metal, in that it includes covers of tracks by seminal bnds stemming from the early ’90s, or earlier. You may not recognize the titles of all of those, since some have been translated into Norwegian, but they are: “Von” by Von; “Nightmare” by Sarcófago (“Mareritt”); and “Down There…” by Beherit (“Nede Der…”).

In addition, the EP begins with revised and re-recorded versions of two tracks originally recorded by Tremor for an album released in 2011 — “Licentia Poetica” and “Synopsis”.

Of these five recordings, “Nede Der…” and “Von” are the shortest and the most straight-forward, the former a dose of cruel black thrashing savagery driven by fast, hammering percussion and rabid, blood-lusting riffery, and the latter an equally infernal frenzy, though it includes a soaring lead guitar performance (albeit one that has an air of emotional fracturing and desolation about it), which hints at the kind of more dynamically textured music displayed on the remaining three tracks.

And those other three tracks really stand out strongly. They do feature poisonous, hateful vocals — an array of harsh, barbed-wire snarling, gritty singing, incendiary howls, rhythmic yells, and lunatic raving — and they also have their fair share of blast-beat strafing runs and bloodthirsty tremolo assaults. But there’s a lot more in the richly layered mix as well.

There is an air of tension, turmoil, and bleakness at the outset of “Synopsis”, but the song leaps forward with a rapid-fire, hard-jabbing riff, and it also seems to swing and dance before it ends. Moreover, near the middle and again at the end, you’ll hear surprising but effective acoustic guitar performances with the sound of medieval folk music.

The Sarcófago cover, “Mareritt”, is also a dynamic track. Unlike the songs that precede and follow it, it launches in a mid-paced, lurching gait, with a melody that’s suggestive of approaching horror. Yet it also includes an enormously headbang-able riff and another one that sounds like a whirling dervish, as well as punk-like romping chords and cadences, and a blood-rushing gallop at the end that’s marked by a spiraling solo.

In short, this EP makes for a hell of a fine listen, a black metal devotional that makes for an electrifying ride. Enjoy the stream below, and for more information about this release and about Myrholt, explore these links: