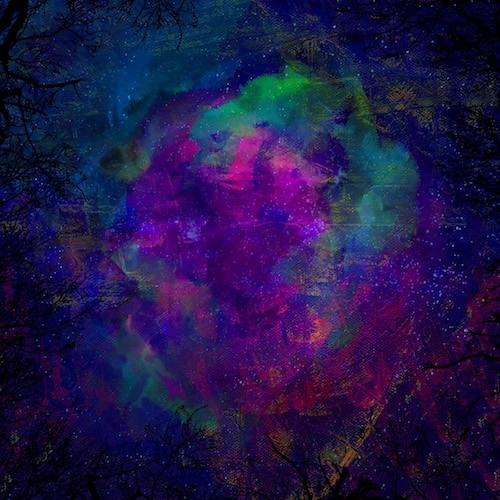 This makes the third time I’ve written about the Finnish band Hukutus at our putrid site. The first occasion (here) was at Thanksgiving 2016 when I discovered their unusual video (in which the band take off their clothes and run through forests, pausing for t’ai chi routines with glow sticks before pushing on toward the shores of frigid lakes) for a single called “Nadiirit“. The second time was almost exactly one year ago when we premiered a track named “Metsä ja yö“. And now we have another premiere.

“Koitus” is the band’s third single, and also the final harbinger of the band’s debut album, which we can announce is entitled Oksitosiini (“Oxytocin” in Finnish) and will be released by My Fate Music on April 27, 2018. Like the first two singles, this one is a riveting experience. Once again, Hukutus have proven themselves to be wicked mutagenic agents, altering the DNA of metal in arresting ways. 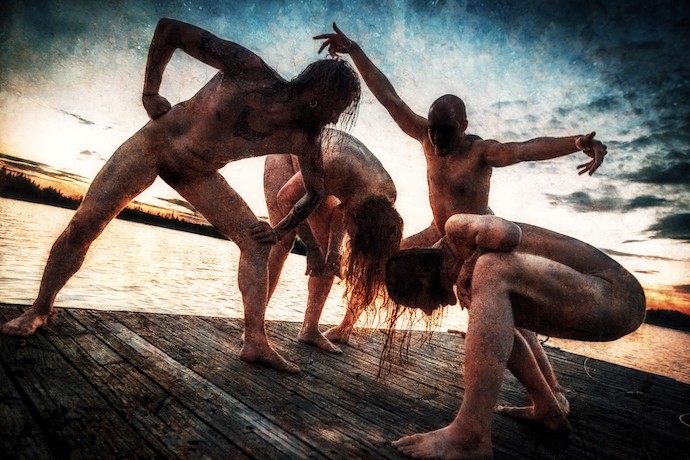 If you listen to the first two singles (and you damned well should) and follow them with this one, you’ll find that Hukutus are very good song-writers, and you’ll also find that they reveal different sides of their sound (and different moods) from song to song. The last one drew comparisons from myself and our readers to both Harakiri For the Sky and Katatonia. I’ll refrain from name-dropping here, but simply say that “Koitus” is an explosively vibrant piece that really punches the heart-rate right from the start, thanks to deep, pulsing bass rhythms, battering and head-snapping drum sensations, and a scalding wall of guitar sound.

The electrifying effect of all this is magnified by the vocalist’s murderous roars and livid shrieks, and by the injection of lead-guitar melodies that are by turns eerie and swirling, fiery and frenetic. The music has a dark atmosphere and a brawling, thrusting physicality, but the melodic accents with which the music is laced proved to be quite alluring. The band’s own comment about the song is this:

“And now the cosmos ejaculates on us. ‘Koitus‘ is not a mere song, it’s a manic sermon. It’s the unleashing of raw energy. It’s your mind shattering. It’s a metaphor and it’s also the holy marriage of flesh and blood. You become one with the lord of your own darkness.” 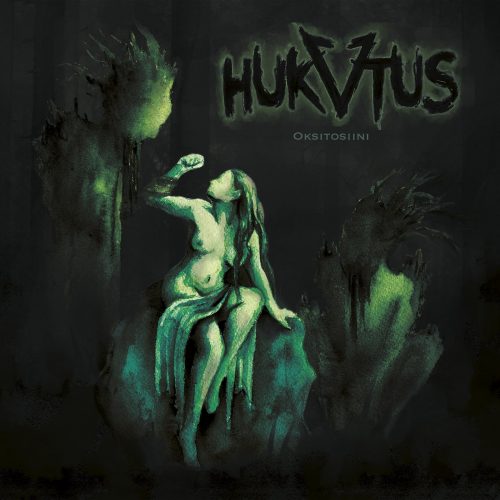 We will be watching for the advent of Oksitosiini, and you should, too. Pre-orders for the album are available now at RecordShop X. For further info, watch these spaces: