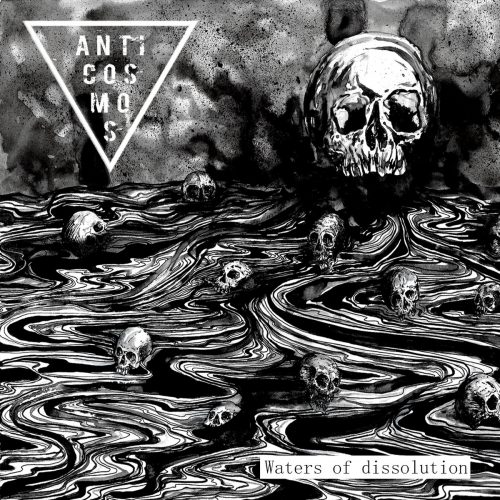 Like the vast majority of all grand estates and even medium-sized garden plots on the landscape of the internet, most sites that offer writings about metal are captives of the culture of clickbait. They are honey traps for lazy flitting bees, offering precious little intellectual sustenance of any lasting value, or even much fleeting value. They mainly just make the frenetic buzzing of their visitors grow louder, but no more coherent.

But there are exceptions. The extraordinarily ambitious essay by R.M. Temin published by Toilet Ov Hell a few days ago is one of those. For most of its considerable length, it is a history of transgressive music, mainly focused on metal. It takes Black Sabbath as its starting point (after first drawing connections to the Beat Generation and “hippie counterculture”) and charts the course straight through to the present. Its overarching theme has to do with the connections between metal and politics, and ultimately about the rise and persistence of far-right politics within certain sectors of extreme music. It’s title is: “Rock Against Anything: How Metal Became So Fucking Reactionary and What To Do About It“.

As someone who, by virtue of advanced age, has lived through almost every era explored in that long history, I can offer my own testimony that the discussion is remarkably learned (by virtue of either immediate experience or meticulous research, or both), refreshingly clear-eyed and direct, unusually dispassionate, and in its accuracy, almost always right on the money. I might quibble here and there with particular adjectives or verbs or points of emphasis, but quibbles are all they are. In the main, the historical part of the essay is dead-on.

At the end, after that very impressive history lesson, the writer makes plain the themes that have been building through that lesson and delivers a prescription for how “to successfully banish the fascists from the metal scene”. The essay becomes an overtly political argument, and there, some readers will part company with the writer. Consistent with the times we live in, some of those might go so far as to allege that the writer regularly has sex with children or barnyard animals (I don’t know for sure, because I avoid internet comment threads like the plague).

I’m less ready to embrace that concluding section of the VI-part essay than I am the preceding five-part history lesson, but this post isn’t the place for that discussion. It’s the history lesson that’s relevant to the EP we’re presenting here.

The essay’s author devotes a significant part of his historical discussion to Nordic black metal, and to the morphing of its rebellious manifestations from Satanic themes “into a form of militant anti-humanism” in which “genuine fascist sentiments began to proliferate”. And of course such sentiments continue to influence certain strains of black metal today, just as they continue to bedevil the reputations of bands who would now like to excise them from their own past.

Many fans of metallic extremity don’t care one way or another about the political leanings of band members or even of their lyrics, but others do, and some of those undoubtedly have the impression that black metal bands in general are inherently “sketchy”, and that if fascist and racist sentiments aren’t right out on the surface, you don’t have to scratch very hard to find them lurking down below. But at least as a broad narrative, that’s a false one, even if it proves true in specific instances.

Some would argue that to the extent black metal has any one core aspect that defines its intellectual and spiritual inspirations and manifestations (as distinguished from its most familiar musical qualities), it is a devotion to the Adversary (whether understood literally as Satan himself or more metaphorically as the embodiment of a process that leads to the realization and triumph of individual freedom and will) and to resistance against the Demiurge (whether understood as the Abrahamic god or as un-divine forces in control of the material world and hostile to all that is purely spiritual).

In that thesis, there is no necessary or inevitable connection to fascist, racist, or sexist ideologies. One might even argue that such ideologies are antithetical to the core spirituality of black metal and instead represent just one more collection of toxic forces whose mission is to suppress the dignity and potential of the individual.

And that brings me… AT LAST… to the EP we’re premiering today.

Anticosmos is a new collective whose members prefer to maintain their anonymity. Their debut demo is named Waters of Dissolution. The method of their musical attack is a familiar one, but no less exciting because  of that — as I’ll explain in a few minutes. It is their animating philosophy that led me to introduce this review (and the stream of the music) with that very long prelude about the Toilet Ov Hell essay.

The band themselves explain their philosophy in a manifesto that you can read in full in a March 25 post at their Facebook page. At the risk of oversimplifying it, it perceives “the Demiurgic essence” as forces that have “trickled down into all of creation”:

“Institutions, infrastructures, media, advertising, all of them are used to shape mundane life and all of them interfere with one’s own subjective life and individuality. Society is the backbone of this corrupted reality. Army, school, family, groups, codes, rules, all of them try to suffocate the real will, the real desire: freedom.”

Anticosmos do not turn away from violence but instead embrace violence, “when brought to a point of ecstatic furor”, as a form of magic that can “unchain primordial atavisms” and “link the magician to a primordial state of limitless power.” Anticosmos become the deliverers of sonic violence as a tool for destroying oppression and revealing “the true essence of Chaos”. And so they answer one question about their philosophy in this way:

“As true anti-cosmic satanists, we cannot pretend to work against the Demiurge (Ialdabaoth, God, Atum-Ra, whatever you want to call it) while supporting the institutions created by its agents. So yes, we support all kinds of movements that give power and voice to the oppressed, be it black or white, man or woman, human or non-human. We are all equal in our suffering, we are all prisoners in the same cell.”

Music, of course, won’t destroy the cosmos (or at least no music yet invented will bring about that end), but Anticosmos certainly make a strong effort; if nothing else, they succeed in banishing most of the cosmos from the listener’s mind for the roughly 20 minutes that Waters of Dissolution requires of your attention.

Their chosen form of sonic violence is a breathtakingly fast form of black grind, a summoning of chaos through jet-fueled percussive assaults, incendiary riffing, and a mix of ravenous growls, vicious roars, freakish screams, and wild gang yells.

They tend to segment these cyclonic assaults of high, whirring guitars and maniacal drum blasting with catchy, head-hammering, punk-like chords, pounding and galloping percussive flurries, and splashes of cymbal crash. There are a couple of non-musical interludes as well, perhaps added for atmospheric purposes, but providing at least a few moments of time for you to catch your breath.

The fury in the music is palpable, and its effect is electrifying. The songs don’t take long to run roughshod through your cranium, up-end your sanity, and super-heat your blood. The EP itself is a race that seems to end even more quickly than the running time forecasts. And whether you embrace the band’s philosophies or not, it’s a hellisly good listen.

Waters of Dissolution features cover art created by Panikus. It is available for download at Bandcamp now, with a “name your own price” option.

2 Responses to “AN NCS PREMIERE (AND A REVIEW): ANTICOSMOS — “WATERS OF DISSOLUTION””