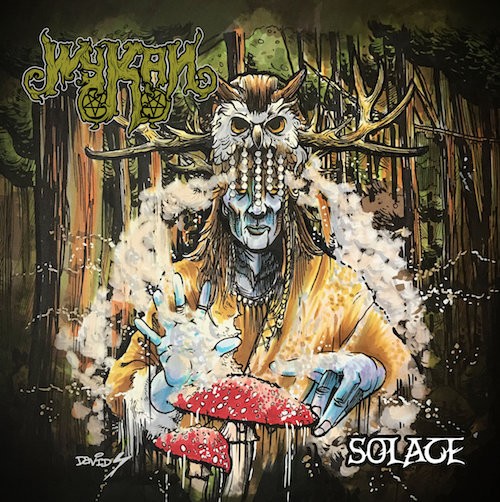 Wykan is a new Montreal trio founded by guitarist/singer Jeremy Perkins from the band Éohum (whose music we’ve featured before at our site) and completed by drummer Morgan Zwicker and bassist Daniel Paras. On their debut EP, Solace — which will be released on April 13 — they were joined by guest vocalists Matt McGachy (Cryptopsy) and Barrie Butler (Éohum).

Perkins‘ mission in starting Wykan was to explore a blending of musical ingredients from black metal, doom, psychedelic/stoner rock, and blues. The fact that Zwicker and Paras had backgrounds in jazz and the blues helped achieve that objective… and the results are quite compelling, as you’ll discover by listening to the song we’re premiering today: “The Gathering“. 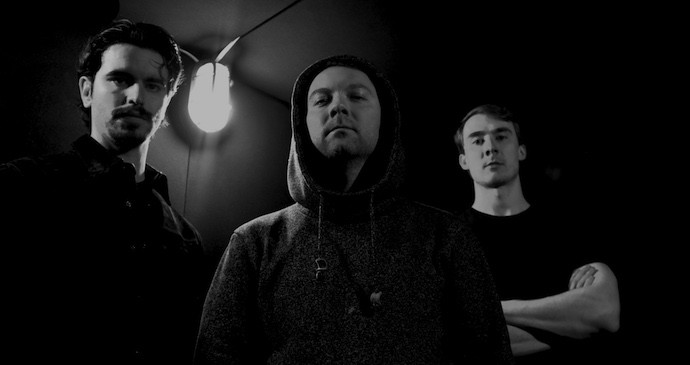 Jeremy Perkins explains the inspirations for the album as follows:

“The theme of the EP follows inspiration of Ethnobotany and magic along with a tribal take on ritual and ceremony. More specifically with the Northern European Tribes known as the Saami from Finland/Norway/Sweden areas of today and their usage of Amanita Muscaria mushroom for Shamanic practices. Overall, the EPs concept is a reminder of the brisk realities of our lives in relation to the spirit world.”

“The Gathering” is an undeniably intense song that passes through changing shades of mystery, tension, torment, and gloom. The stage is set through a slow, reverberating guitar melody, whose ringing tones create a mystical aura, and by a solemn, heavy riff that itself has an otherworldly cast. The increasingly acrobatic drumming and the vibrancy of the throbbing bass drive the energy of the song higher, as does the swirling lead, which creates a feeling of growing disquiet and pain, made even more distraught by the vocal combination of acidic rasping shrieks and harsh roars.

As the chords ring out, a mood of dismay and depression comes over the music — a sensation of mounting gloom, but one that in no way diminishes the riveting power of the rhythm section. And here it should be mentioned that the rhythm section — and particularly the hard-slugging power and eye-opening inventiveness of what Zwicker does behind the kit — nearly steal the show. Their performances stay with you just as much as the moodiness and mystery of the melodies.

With our own premiere today, all three songs from the EP have now been revealed, and so we’re including along with the YouTube stream of “The Gathering” a full Bandcamp stream of the EP as a whole.

The cover art for Solace was created by David Paul Seymour. The EP is available for pre-order at Bandcamp.