(Comrade Aleks brings us this interview with three members of the Tennessee funeral doom band Loss, whose new album Horizonless was released last May by Profound Lore. All photos accompanying the interview were made by Diana Lee Zadlo.)

Some doom bands are really slow in everything they do. The depressive, crushing, unearthly funeral doom band Loss (Nashville, Tennessee) was formed in 2004, yet their first full-length Despond appeared only in 2011. Well, the band recorded two demos before it and took part in three split-releases, but they really used their time in considering Despond. Six more years passed, and then we got the second album – Horizonless.

I’d like to point out that Loss recorded it with the original lineup, so that’s a good sign of healthy atmosphere, however it doesn’t change the fact that Loss’ sound is damned ruinous again… but what else could we expect?

We had a conversation with three of Loss’ members not so long ago. Here it is — John Anderson (bass), Tim Lewis (guitars), and Jay LeMair (drums) tell their story of Loss, Horizonless, and their 14 years of doom.

Hello gentlemen! Six years lie between Despond and Horizonless. What did you do all that time as a band?

John Anderson: A good chunk of that time was spent playing shows, reaching places we never thought we’d see, including a number of US festivals, some short US tours, and an amazing European tour with Worship. Halfway through that period, in 2014, we released a split with Hooded Menace that featured a new and exclusive song from us (“Depression’s Hammer”), to help tide things over, but we continued to write new music that whole time, because we wanted our second full-length to be all-new material. No re-recordings; a full step forward. 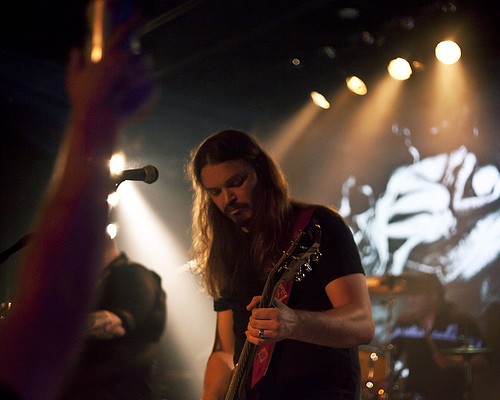 The band consists of four individuals, and you’ve play together since 2004. What united you all back then and what has kept you together after 13 years?

Tim Lewis: I had become friends with Mike and John after I had moved to Nashville in 2000.

Mike and I had spoken on a number of occasions about creating music and we very soon asked John and Jay (after finally meeting Jay) if they would be interested. It really was that simple. In the time we started writing we honestly had no idea the music that was coming out of us was going to be so crippling and painful. It was just Mike being honest with how he felt within the lyrics and music he wrote. As the rest of us started structuring melodies around the foundation we then realized the sound we had created was very special.

We have stayed together all this time because we are impossibly stubborn.

You worked on Horizonless with Billy Anderson. How much of his influence got into this material?

TL: Honestly, as far as song structure goes, Billy encouraged us do our own thing and no major changes were made to any of the songs on Horizonless. It was small ideas and additions here and there. “Hold that note longer”, “Throw in an additional bass drum kick there”, …and so on.

His production ideas came in so many different areas once mixing began, and that’s when you could really tell that Billy was putting himself into the record. Not to forget his wonderful Tuvan throat singing he performed at the beginning of “When Death is All”. Over all, he was a very positive and humorous individual to work alongside of.

Loss – All Grows In Tears

How long did you actually work over the songs for Horizonless? Do you see it as Loss’ opus magnum at the moment or as just another step further for the band?

JA: Some of the song fragments that evolved into Horizonless, the album, began their lives during the end of the Despond era, but we kept writing, arranging, and developing new songs right up until we went into the studio to record the album, and new ideas continued to emerge during the recording process, some of which are so fundamental to the sound of the album now that it’s amazing to think they were ever not there. Time will tell if this proves to be our magnum opus, but I would say that this album is a defining moment for us, for sure, and our strongest work to date. If this had to be the last thing we ever did as a band, we could all be proud of our closing statement.

The new album leaves the impression of thoughtful and mature work. How do you see its strong sides? Loss tends to combine funeral and death-doom metal, and some metalheads think that funeral has no perspectives, what do you think?

TL: There are strengths within Horizonless that are quite simple and honest. The subtle use of air and silence can lead to a claustrophobic feeling that is so encompassing and suffocating. However, this album is, by far, more dynamic than anything we have ever done in the past. It is such a strong record lyrically, in my opinion as well. There are incredibly honest and very personal feelings shared on this record that still astound me to this day. Read the lyrics to “NAUGHT”, “BANISHMENT” or “WHEN DEATH IS ALL”, and you may see/feel why I have this opinion.

Personally, I think all genres of music have incredible perspective. Funeral doom by all means holds an enormous perspective to what its influence is. Death, ritual, despair, being a hollow human shell… 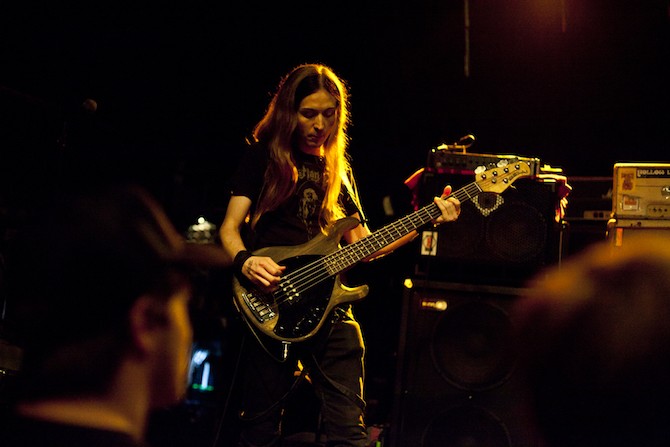 Horizonless is a “big” title. What did you want to express through it? Metal-Archives describe Loss’ lyrical themes as “depression, anxiety, illness, disease, pain, loss”. Do you agree with that? Did your vision of Loss’ essence change since the release of Despond?

TL:  Expressing myself when I wrote Horizonless was a means to release my frustrations of seeing a world, the race of all humanity as a majority, blinded by anything surrounding them (us), walking off the cliff unto their (our) own demise. These distractions and their influence have led so many of our humankind to lose focus and groundings of self. These collective individuals have aimlessly paraded into a state of self-absorption unlike anything this race has ever seen. Simply put, Horizonless (as the cover artwork displays) is the world, in shame, destroying itself due to the grotesque imbalance of its caretaking from its inhabitants. You can take that in so many various scenarios and still be correct from its inspiration. Be it war of nations, destruction of nature due to progress and industry, etc. Horizonless is the end of everything as we know it.

Our lyrical themes usually come from Mike or myself. I know that we both have endured death of precious family members and very close friends, disease, betrayal, anxiety, and extreme misfortune. Most of anyone in life has. This is why composing this music helps us individually and hopefully so many others that feel the connection to what we share.

The essence of LOSS will always remain the same. It is the reason we exist. 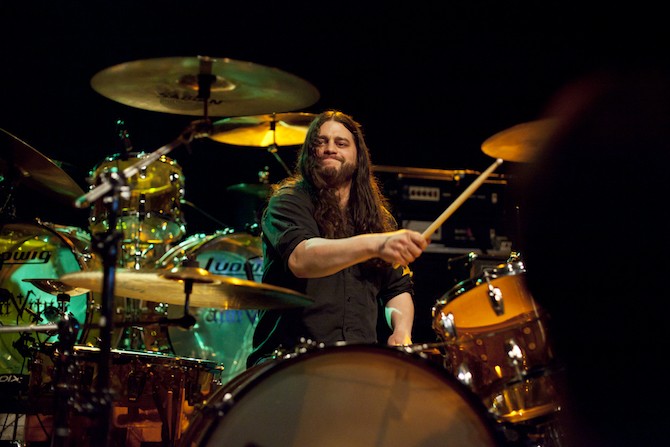 There are short atmospheric interludes in the album. What role did you conceive for them? For example “I.O.” with those samples of a typewriter, what message did you put into it? It’s really creepy.

Jay LeMaire: We agreed early on that every full-length release would have individual interludes to act as a personal outlet for each member. For “i.o.” I wanted to capture the desperation in each keystroke of the lyrics, the sounds of a drink (a “device”) during the pauses, someone really having to work through a struggle but coming to terms with it and accepting it.

Loss doesn’t look like a really active band. How often do you play gigs? And what motivates you to play this music?

JA: Like a lot of bands these days, we’ve never had the fortune of being able to put our lives outside of the band on hold for extensive touring, so our live shows have always come in short bursts or single episodes. Sadly, we have not been able to tour for Horizonless, although we would love to present these songs to people live. They are very powerful pieces to us, and that, in itself, is the greatest motivation for us to do this. This album took a lot of work, and the payoff is getting to experience it in real time, in real life. Maybe some day that will happen. For now, we are just proud that the album is a reality, and that the songs we worked so hard to pull from the void have been cemented in the real world.

Now Loss has two LPs but also five split-albums in its discography. What explains that? Is the split-release just your favorite format and you love such collaborations? Or did it all happen occasionally?

JA: There were different reasons and themes behind each split that we’ve done. Some were simply a good excuse for us to work with a band that we like, or to find a home for an unusual song choice, while others were more concept-driven, like our split with Necros Christos early on. It’s not that we prefer the format of a split, we just found more reasons to do them than we did to turn them down. Once we focused on Horizonless, though, we put all of our energy and songwriting into that, because we were committed to making something thoroughly new and whole.

What about the third Loss LP? Will you bear the new material for six more years or do you already have in mind some closer date?

TL: We have never rushed ourselves. It will be what it is once it surfaces itself. No way to draw a timeline for the next album. I guess we will have to see.

2 Responses to “AN NCS INTERVIEW: LOSS”