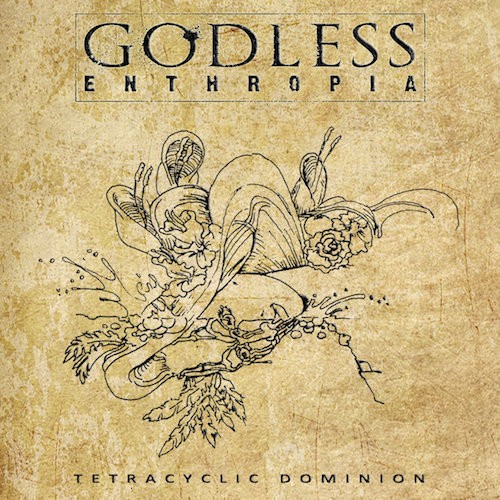 Welcome, ladies and gentlemen, to the Palace of Fornication. Please remove your clothes, lubricate yourselves from those vats of blood you see before you, drink from the goblets of bestial desire, and prepare for action.

Alternatively, keep your clothes on, find a comfy chair, and press play below. Godless Enthropia will welcome you to the Palace of Fornication in their own way. 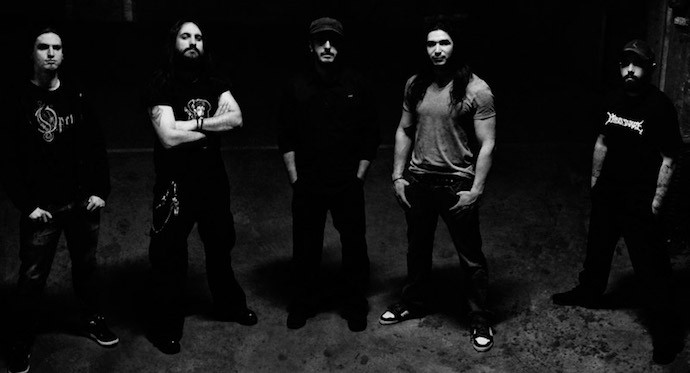 The song of that name is one of 14 on their fascinating debut album, Tetracyclic Dominion, on which this Italian band embellish lethal death metal with head-twisting and brain mangling displays of progressivism. The album follows two previous EPs, 2013’s Dystopian Metaphors and 2014’s Politics of Fornication. It will be released on April 28th by Satanath Records’ sub-label Symbol Of Domination and Hecatombe Records.

True to its name, the song we’re premiering today radiates a kind of carnal heat, but it’s a rough trade we’re talking about. The music is fast and vicious, a blast of blazing, battering drumwork within an enveloping boil of saw-toothed riffage and red-eyed, raw-throated howling.

The song will also keep you off-balance. Flickerings of maniacal lead guitar come and go; there’s a slowdown that makes room for a bit of bubbling basswork and dismal, destabilizing melody, followed by a hallucinatory segment made of weird guitar notes and gasping bass tones. The band also provide doses of jackhammering groove, because of course… this is the palace of fornication.

If you had fun with this song — and woe unto you if you didn’t — you can also check out two more tracks below — “Witch Burning Princess” (a free download at Bandcamp) and “Erase, Delete, Annihilate“.

The album was recorded at Mk2 Recording Studios (Pavone, Italy). It was engineered and mixed by Davide “Brutaldave” Billia (of Beheaded, Antropophagus, Hour of Penance, Xenomorphic Contamination). Analog mastering was executed by Wojtek and Slawek Wieslawski (Vader, Behemoth, Decapitated) at Hertz Studios in Bialystok, Poland). The artwork was created by Simone Cavalera.