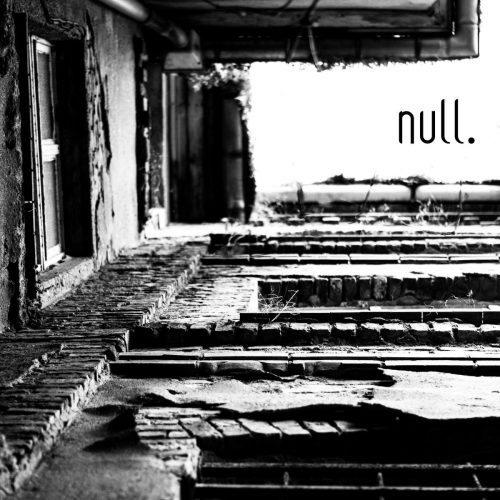 I’ve been meaning to do this for about a week, and finally found time. I came across all of the following music in the course of surveying new releases for a SEEN AND HEARD round-up here at our putrid site, and thought it would make sense to package them together for extra catastrophe.

The music ranges from catastrophic funeral doom to catastrophic death metal with a heavy doom component, to something doom-centric but less easily describable at the end. I arranged the music in a way that would provide a bit of back-and-forth flow, so your blood doesn’t completely congeal and your heart doesn’t completely slow to a stopping point.

While I was writing this I thought about Andy Synn telling me that he’d come across a metal forum in which NCS was criticized by one or more people for concentrating on “mainstream” metal. Yeah, right. Mainstream this right up your bungholes:

I’ve written frequently about this German band, who’s usual stock-in-trade is an amalgam of sludge and black metal (and some other ingredients). But for their latest EP, null., they decided to give the funeral-doom treatment to two of their previously released songs, and I’ll be damned, it turns out they’re just as strong in this other genre as they are in their main line. 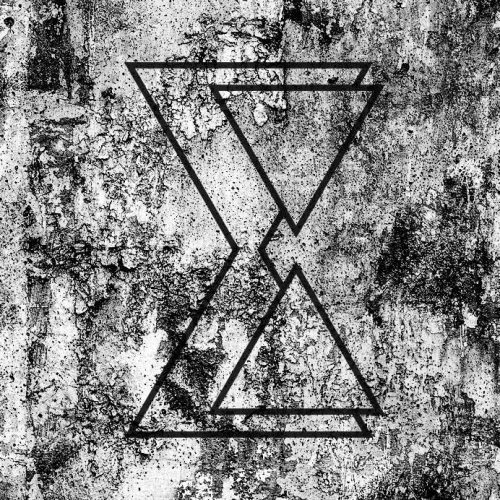 The songs they chose for this experiment are “Abgestandenere Gedanken” (which originally appeared on 2013’s Wintersturm) and “Stillerer Stand” (which is a version of a track off 2015’s Trümmer). For the first of these re-recordings they also released a music video to accompany their performance, which I’ve included below (it’s excellent).

All the usual adjectives come to mind: crushing, turgid, dismal, primitive. And I’d add hypnotic. An apocalyptic kind of tension comes through the music; the wailing and moaning leads themselves produce anxiety and queasiness, but deepen the impact of these uneasy spells. Rather than the cavernous growls you’ll hear on other releases in this post, the voice here is a raw, rasping howl.

It’s kind of humbling to realize how good this trio are at such different kinds of music. I’m now waiting for the Zeit grindcore EP. 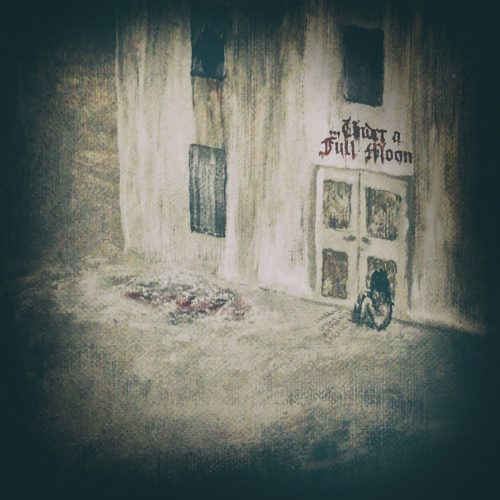 …UNDER A FULL MOON

“Empyrean Succubus Ritual” is an evocative song title. It’s the first song streaming from Lurking In the Abysmal Darkness, which is the new fourth album by …Under A Full Moon, a duo consisting of Evan Barton from Midland, Michigan (who does almost everything in these recordings), and Gjøran Sæther from Norway (who performs keyboards).

This attractively named advance track begins in slow, staggering, bleak fashion and then becomes a mauling maelstrom of battering percussion, cyclonic riffing, and horrifying, abyssal growls. The song returns to pounding the listener into a tar-filled sinkhole, but isn’t finished moving among different states of mental disrepair.

The song is accented by a thoroughly eerie shimmer of sound during a chilling, rhythmless interlude, and the feeling of lunacy persists afterward as the song builds to a terrifying climax.

Lurking In the Abysmal Darkness will be released on May 10th. 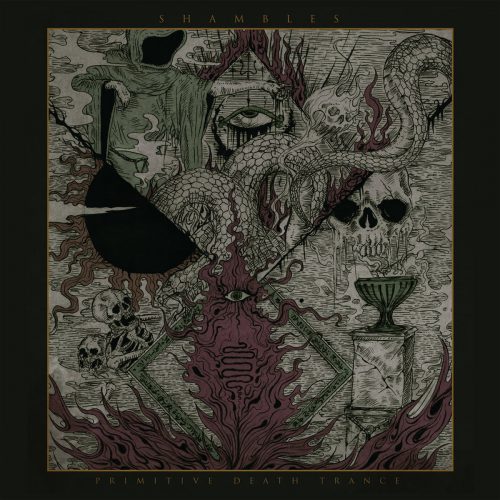 It appears that this Thai band have been around since 1997, though I don’t think I’ve encountered them before. The label releasing their new EP (Helter Skelter Productions) tells us that “they’ve undergone an evolution from brutal grindcore to witching black metal to doomed-out death metal.” They seem to have settled into the last of those genres now, and they’re very good at it, as you’ll discover.

Primitive Death Trance is the name of this cataclysmic new release, which came out on March 29th. Worshippers of such bands as Incantation and their progeny will enjoy it. The relentlessly baleful music moves around among phases of toxic, churning grotesquery, berserker evisceration, and lumbering, plague-like dirges. Distortion is dialed high; the ghastly voice emanates from a crypt; all warmth and human feeling have been purged; a primitive death trance indeed. 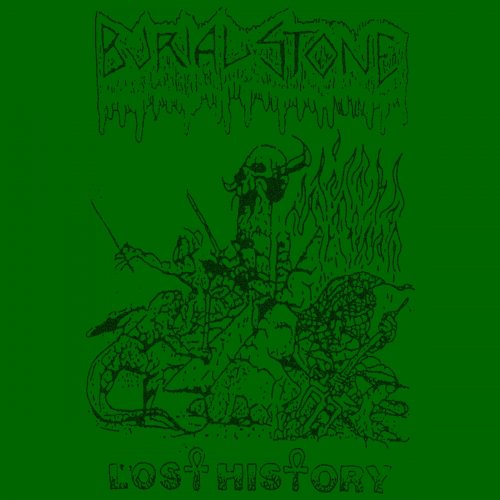 My Facebook friend Tyler recommended this next release to me, and it turns out to have been reviewed in glowing terms by occasional NCS contributor Kaptain Carbon at his Tape Wyrm blog, too. I’ll borrow a few of his words here:

“Alright this is what I am fucking talking about. Death metal which has the sentiments of a caveman hunting on the unforgiving landscape where death and life are locked in an inseparable embrace…. Burial Stone summons primordial sprits to help them weave their tale. When doing so however the world becomes turgid with the haze of sorcery. Lost History is the work of death magic and I am so pleased to be in its wake.”

Lost History is indeed the name of this New Jersey band’s debut EP, which came out in late February. The gait of the music is generally slow or mid-paced, the rhythms often a lurching stomp, the melodies a suppurating (and infectious) disease, the vocals a cavernous horror. The organic tone of the drumming, and especially the sharp crack of the snare and piercing snick of the cymbals, is a refreshing change from what seems prevalent in this genre of catastrophic doom/death.

It’s not all glacial staggering, however. Episodes of frenzied violence and boisterous scampering rear their heads, and the bursts of soloing are spirited (and deranged). There’s also a cool one near the end of the opening track that sounds like the wail of a harmonica. 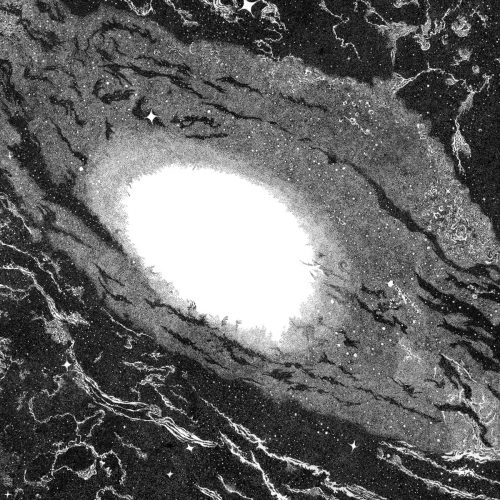 This is a bit of an odd couple who’ve participated in this recent split release. The main reason I chose to include it in this post is because of the Bismuth track, but I should say a few words first about the two Legion of Andromeda tracks.

It’s been a few years since I listened to this part-Japanese, part-Italian duo. The last time I wrote about their music, on the occasion of their 2015 album Iron Scorn, I offered these words:

“Two songs from the album are currently streaming on Bandcamp, “Overlord of Thunder” and “Scourge of Pestilence”. Both of them are corrosive loops of ugly, squalling noise, completely caked in distortion and infiltrated with pulsating streams of dissonance. Monstrously tyrannical vocals utter unfathomable and unhinged proclamations over the groaning, moaning, jackhammering riffs and machine-generated punishment. It resembles a remorseless urban demolition project that chose not to evacuate the residents before hammering their towers to smithereens.”

I think those words hold true of the two songs here as well, which are appropriately named “Disintegrator” and “Despotic Flagellation”. Sweet dreams, children.

As for Bismuth’s 13-minute-long track on the split, “Ceres“, I found it completely unearthly and thoroughly spellbinding. The deep, corrosive, low-end fog of sound that surrounds the perilous, tension-torquing riffs is paired with freakish, shimmering leads that seem to have been launched from deep space or some parallel dimension. When bassist/vocalist Tanya switches from a shattering shriek to clean, wailing tones, you sense the visitation of spectres. Thank goodness for the methodical gut-punch of the drumwork to provide some sense of grounding.

I should add, because it’s important, that the song eventually musters a chilling but magnificent kind of beauty, like the manifestation of cosmic vistas or astral planes. I was left enraptured.

The split will be released on tape by At War With False Noise; there’s no digital edition available yet.

(Thanks to NCS contributor Grant Skelton for alerting me to this release.)