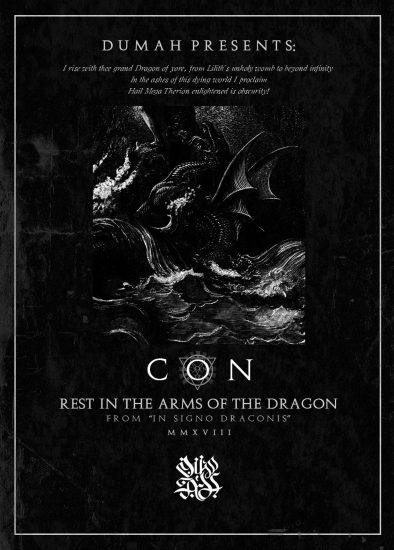 CON is a black metal project started by Swedish musician Pontus Norman in 2009. The project’s name consists of the first three letters of the Latin word Conscindo, which means “To tear into pieces”, and we’re told that in this context it is intended as a representation of the command “To tear the earth into pieces”. A demo whose sound was consistent with that edict appeared long ago, but now, almost a decade later, CON’s debut album In Signo Draconis will be released this year by Dumah.

We have been given the opportunity to share this news, and to share a song from the album, the name of which is “Rest In the Arms of the Dragon“. 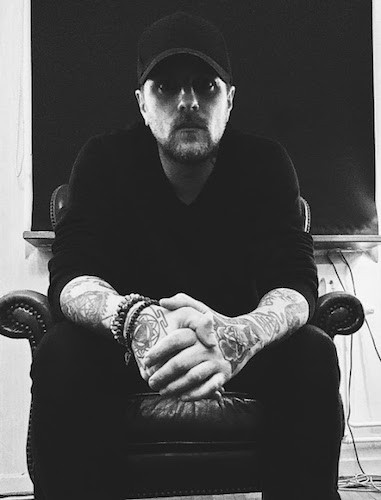 For those who may become curious about the evolution of this project and the interests and experiences of its creator, we recommend this October 2017 interview. In that interview, Pontus Norman explains that on this new album, Jimmie Oloausson played the drums and Master of Her Temple performed the vocals. The band also now includes Steven Santos (whose activities include the Clandestine Faith record label) as lead guitarist.

The name of CON’s new album, as well as the title of the track we bring you today, conjure images of fearsome, unearthly power, and the music of “Rest In the Arms of the Dragon” is perilous and viscerally powerful as well. But the song is a multifaceted work, and its allure draws strength from other sensations and moods.

The music has a heavy, ominous undercurrent to accompany its hard-charging, head-moving riffs and fiery leads, and the vocals are stunningly savage and impassioned. Yet the song also includes sweeping melodies that soar in displays of terrible grandeur and convey intense melancholy as well. The track further includes a surprising digression, with dreamlike guitar reverberations underscoring the music’s mystical atmosphere. 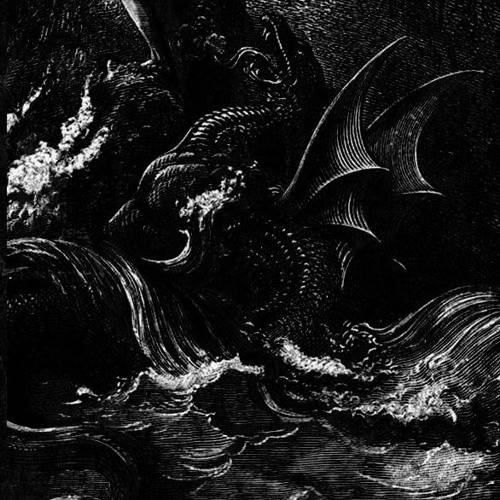 To learn of further details about the release of In Signo Draconis as they become available, follow CON and Dumah on Facebook:

One Response to “AN NCS PREMIERE: CON — “REST IN THE ARMS OF THE DRAGON””