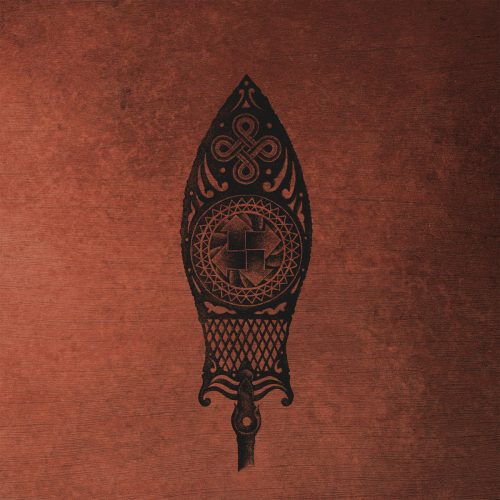 Out of nowhere, this album appears like a comet blazing in the heavens.

I nearly didn’t bother to listen. On the surface it seemed like a daunting undertaking — one track more than 24 minutes long and a second one almost 35, and a title just as linguistically daunting: Wisdom Through Agony Into Illumination and Lunacy Vol. II. And it seems that this Finnish band’s name is simply a selective acronym for the same collection of words: W.A.I.L. (I might add that the band’s description of the album’s conceptual foundation (a quite articulate one) runs to 461 words.)

However, after receiving recommendations for the album from a couple of esteemed sources (Miloš and eiterorm, the latter of whom I must credit for the “selective acronym” phrase), I girded my loins and began listening — and emerged stunned. “Visionary” seems like too pretentious a term for this, but the magnitude of the ambition and the scale of the achievement are exceptional, and at times astonishing.

According to the album’s Bandcamp page, five people had a hand in the making of this record, all of them identified by initials. The principal instrumentalist (S.F.) is credited with drums, percussions, bass, additional solo guitars, kantele, recorder, didgeridoo, synthesizer, and grand piano. The band also includes a violinist (L.L.). The album is called “Vol. II” because there was a first volume, released a long nine years ago. Obviously, it eluded my attention; I’m so glad this one didn’t.

Across the vast length of these two tracks, the music changes frequently and dramatically. It’s tremendously varied in its pacing and energy levels, and incorporates a cornucopia of stylistic ingredients (including doom, black metal, death metal, and progressive metal) and an array of emotional colors, though it must be said that most of those colors are dark shades of despondency. At a high level of summarization, the album is jarring and hypnotic, dreadful and despairing, fiery and ferocious, ghostly and grieving, oppressive and transcendent.

Given how plentiful the movements are in each song, it’s probably the worst possible idea to try to describe them and chart their course in detail. But providing a few details might help convince some of you not to be daunted by the album, as I was at first. If you’re already convinced, then just skip down and press play… and be assured (to the extent my word is an assurance of anything) that you won’t get bored.

Both tracks are genuine marvels of creativity, though I have a personal preference for the second one because of the magnificent piano and violin interlude that it includes. But I’ll come to that in due course.

As for the first track, across the changing soundscape of “Through Will To Exaltation Whence Descent Into a Bottomless Black Abyss” you’ll encounter bleak, tundra-cold, buzzing riff-walls and a staggering rhythmic gait; a cacophony of ugly, predatory snarls and savage howls with a serrated edge; eerie, shimmering tendrils of wretched melody; thundering, jackhammering chords and pounding percussion; braying, warping, wailing, moaning arpeggios; obliterating drum blasts and withering guitar gales; fiery, dervish-like whirling frenzies; crawling dirges; visions of plague-like desolation; and at the end, soft, wistful, tear-stained reverberations with a mystical aura and a mesmerizing effect.

“Reawakening Through Anguish Into Gestalt Of Absolute” lulls the listener into an uneasy dream at first, with its solemn pacing and hauntingly beautiful melody. The music gradually slows to a near-stop, as if we’re at a bedside witnessing the final breaths before death spirits away the form before us… and then the sound resumes, much heavier than before. Over dense, craggy riffing a shrill violin melody spirals up and out, freighted with a sensation of piercing misery. And beyond that lie a flurry of blood-pumping double-bass, deliriously agonized chords, and rapidly twisting leads; an enveloping wash of unconsolable riffing and deep bass thrums; maniacal drum assaults and contrasting overlays of alien, ethereal transcendence.

And then the music really does reach a full stop, about 18 minutes in.

What comes next is that utterly enthralling interlude I mentioned above, one that begins with an extended piano performance, classically inclined in its style and channeling feelings of longing and regret. When the violinist joins in, the music grows more urgent, more painful, more magnificent. And then there’s another full stop about 8 minutes later (and you’ll wonder where the time went).

A martial snare rhythm, coupled with deep, gloomy, grinding riffs and harsh spoken words mark the onset of sound after the break. Long, moaning notes move like a giant serpent over a heavy, sludgy undercurrent, with a rhythm that compels head movement; the soul-stricken sounds of the violin come in with an extended solo; and then the music surges ahead in a powerful tank attack of neck-snapping drumwork, hammering riffs, and rabid vocal madness. This adrenaline-fueling segment becomes the foundation for a closing reverb-laden guitar solo that’s both spectral and incandescent.

Okay, enough with the words; on to the sounds. If you like them, the album is available on CD and digitally via Bandcamp, where you can also read that articulate exposition of the album’s concept.

7 Responses to “W.A.I.L.: “WISDOM THROUGH AGONY INTO ILLUMINATION AND LUNACY VOL. II””