Although black metal has morphed into so many different shapes that its most fervent adherents have continuing cause for disgust that the genre has become too diffuse and watered down, even the most dedicated fanatics will have no cause to question the authenticity (and bloodthirstiness) of Djevelkult’s new album, Når Avgrunnen Åpnes, which follows their 2014 debut record, I Djevelens Tegn. It will arrive on May 25 via Saturnal Records, and today we present the premiere of an album track that could hardly be better-named: “Atomic Holocaust“.

This Norwegian cult devote their devlish energies to the creation of boiling black metal chaos, and “Atomic Holocaust” is a prime example of that. It channels feral, uncaged ferocity in a way that triggers the kind of adrenaline surge which comes from rampant lust, sudden violence, righteous fury, or the simple primal joys of losing your mind in the whirl of disorder. The song also gets its hooks in your head damned fast 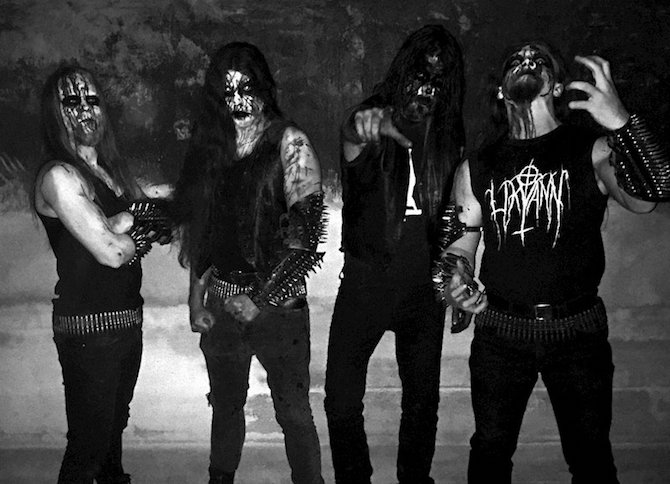 The surge of the song is immediate and almost unrelenting. There’s a hell of a good segue during the track, led by a buzzing bass line, into a thumping punk rhythm and nasty rocking chords, but the main through-put of the music is a wild torrent of hammering double-bass, neck-wrecking drum blasts, the whine of vicious, cyclonic riffing that rises and falls in violent ecstasy, guitar leads that flicker like the heat lightning of derangement, and a mix of rancid ear-scalding shrieks and echoing roars. It casts caution to the winds, and reaps the whirlwind instead.

And if you like what you hear, there’s a lot more where that came from. 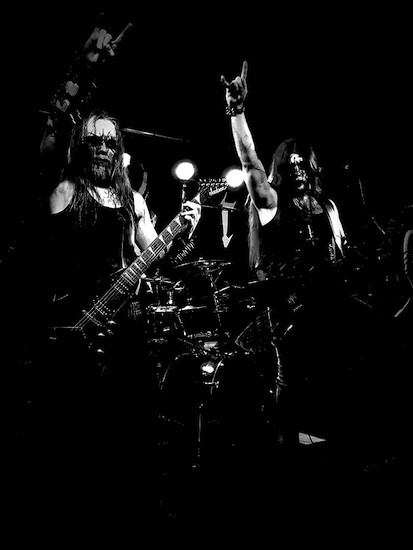 The album was mixed and mastered by Kark of Dødsengel, and the cover art was rendered by Jose Gabriel Sabogal (Inferno, Whoredom Rife).

Pre-order the album via the link below, and enjoy our premiere, along with a stream of the previously released track “Apocalypse (Hellspawn)“.

One Response to “AN NCS PREMIERE: DJEVELKULT — “ATOMIC HOLOCAUST””