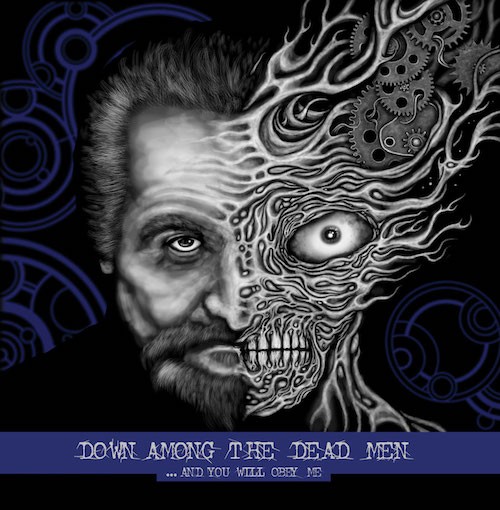 Unless you happen to be one of those few benighted souls for whom pounding and plundering death metal produces irritable bowel syndrome, the news of a new record by Dave Ingram and Rogga Johansson will be cause for rejoicing. Both have already left such a heavy and un-erasable mark on the genre that they could coast comfortably for many years to come, sustained by reputation alone and warmed by the embers of past glories. That they have rejected any inclination to shift into neutral, take their feet off the gas, and simply glide on the inertial push of past success must be seen as a testament to unquenched passion.

These two have also collaborated as members of the excellent Echelon (whose most recent album was The Brimstone Aggrandizement in 2016), and both have each separately participated in other recent projects whose albums have been released by the same label (Transcending Obscurity) that’s releasing this latest collaborative effort, i.e., Ursinne and Paganizer. Their joint venture which is the subject of this post brandishes the evocative name Down Among the Dead Men, and its new (third) album is …And You Will Obey Me. And of course, yes I will. How could I resist? 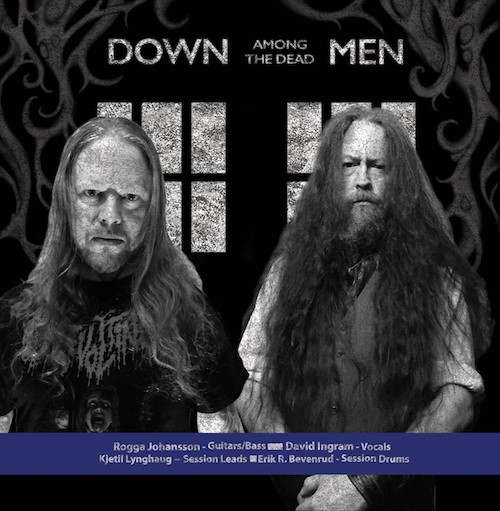 To be brutally honest, which of course is the only kind of honest we know how to be at this putrid site, I’m such a slobbering fan for the past works of these two that I was predisposed to slobber over this new record without even hearing any of it. Having heard the album now, I’m convinced that my slobbering has been vindicated, but I’m still probably no more objective than I could be in assessing the relative merits of flame-broiled steak and pâté de foie gras; I’ll go for the red meat every time.

And there is red meat galore on …And You Will Obey Me, which leans more in the direction of crust punk than the brands of death metal you would encounter in this duo’s other recent efforts named above. The song we’re premiering today from this new album is a prime cut, but certainly not the only one.

“Darkness of Glass” is a pile-driving, pulverizing, pulse-pounding romp, with the kind of vibrancy you can’t fake or manufacture on demand. The massive grooves in the song are magnetic; the bursts of high-speed riffing are vicious; you can feel the grinding abrasiveness of the guitar tone in your gut; the soloing is a shrieking frenzy; the thunder and gallop of the drum rhythms irresistibly trigger the motor reflexes; and the strength of Ingram’s vocals is monstrous — imperious, enraged, and carnivorous all at once.

Yes indeed, this isn’t coasting by any measure. It has all the earmarks of people doing what they still love to do, and doing it very well.

Credit should also be given to Kjetil Lynghaug (Paganizer, Echelon, Stass) for session guitar leads on the album, and to session drummer Erik R. Bevenrud  (Stass). The album art was rendered by Turkka G. Rantanen (Demilich, Demigod, Galvanizer). The album will be released by Transcending Obscurity Records on June 15th.

Below you’ll find useful links and a stream of two other previously released tracks from the album, in addition to today’s premiere. Enjoy.

Down Among The Dead Men:
https://www.facebook.com/DownAmongTheDeadMen

2 Responses to “AN NCS PREMIERE: DOWN AMONG THE DEAD MEN — “DARKNESS OF GLASS””