After two powerful previous releases, the MMXIII demo in 2013 and the stellar 2015 EP Below the Hengiform (which we got the privilege of premiering), the Irish black/death band Malthusian will at last release a full-length this year. Across Deaths is set for release on September 7th by Dark Descent Records and Invictus Productions. I guess it’s unusual to see the appearance of an advance track almost five months before an album release date, but only a churlish bastard would complain about the wait, and I’m not the churlish kind of bastard. 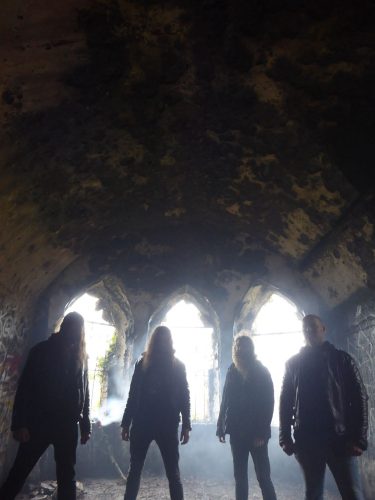 “Remnant Fauna” succeeds in combining a feeling of monstrous, roiling hunger; unconstrained violence; mental splintering; and agonizing gloom. The dissonant and dismal melodies that whip and ooze through the song are perversely seductive; the drumming is a thing of wonder; the vocals are convincingly berserk.

There’s more going on here than can be fully grasped in one listen, and the intricacies of the song are yet another reason why it proves to be intriguing as well as hideous.

To my addled mind, it seemed logical to follow Malthusian’s track with this new one from Funerary Torch. “Into Fathomless Oblivion” also hooks together elements of black and death metal to produce a similarly horrifying atmosphere, and the music also proves to be a changing experience over the course of its significant length, ranging from the titanic to the spectral.

The deep, grinding riffs in the song seem to well up from pitch-black depths, and the vocals are a ghastly terror, but the band also send out strange shimmering reverberations, waves of ghostly ambience, and echoing shrieks of sound that make the song even more chilling. Human beings may have made this song, but there’s not one thing about it that sounds born of this earth.

Funerary Torch are a new band composed of D. Desecrator from Slaughtbbath and IV from Temple Nightside. This new song comes from the Funerary Torch demo tape, which will be released sometime in May by Iron Bonehead Productions.

(Thanks to NCS ally HGD for recommending the track to me.) 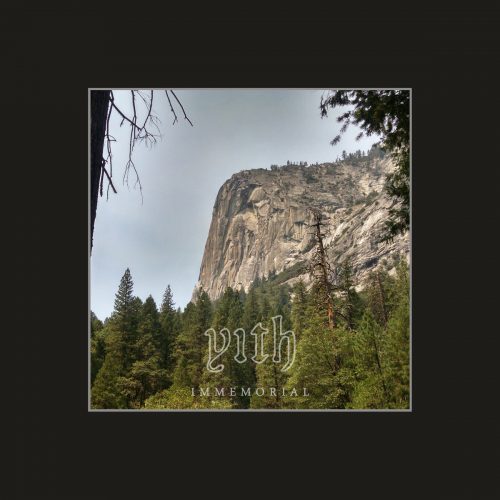 I first discovered the band Yith in 2013, when I wrote about some of Yith’s music in a MISCELLANY post before that series dwindled away into nothingness. I encountered them again in 2016 soon after their release of their debut album Dread (reviewed here), which I thought was spellbinding. And now, just days ago, without any advance warning, they (or more likely he) released a new album.

Immemorial could easily stand a more fulsome review than the one I’m providing, but the time I have isn’t fulsome enough to allow for one. In the broadest of strokes, the music is the audio equivalent of a dark and ancient tapestry, one hanging from the vast wall of a cold and crumbling edifice, lit only by candlelight. Woven with indigo strands of lugubrious melody over stately rhythms, and more vibrant bursts of fiery color on a field of blasting percussion, and embroidered with vocals that range from tortured growls to livid shrieks, the music draws organically from the schools of doom and black metal.

The corrosive distortion of the stringed tones gives the music a pervasively unsettling effect, but the evocative power of the melodies is even more unsettling and oppressive. Even the brief, classically inclined acoustic-guitar accents have a doleful resonance. The acoustic melodies also contribute to the feeling I’ve had before in listening to Yith, that medieval music has been an influence.

I should warn you that the immersive power of the album is considerable… and that what it draws you into (or rather, submerges you beneath) is a particularly devastating and haunting  gloom. 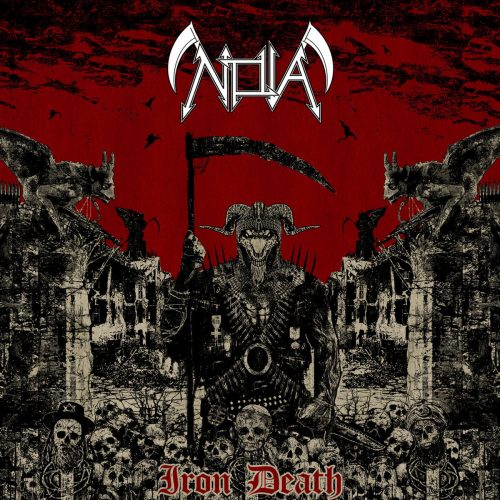 I thought I’d whipsaw your head with the final two selections in this article. You’ll see what I mean once you’ve experienced them.

First, thanks to a recommendation from my FB friend (and occasional NCS contributor) Conchobar, I’ve included the ripping electrification of Iron Death, the fifth album by the Italian black thrashing demons in NOIA. It was released digitally in March, and on April 17th in a CD edition by Despise the Sun Records.

Over the rocket ride through this 11-track speed-metal race course, NOIA dish up a plethora of feverish, highly infectious riffs that razor the flesh and ring out in the skull like the blasts of the best horn section in Hell. Even better, NOIA persistently shift gears, changing the tempos and rhythms within the songs in a way that keeps the listener pleasingly off-balance (and stays in touch with the punk antecedents of thrash). As much as anything else, the “blackening” is sourced to the ravening ugliness of the vocalist’s sharp-toothed tirades.

The album deploys technically proficient, high-speed fretwork and machine-precision in all its numerous twists and turns but still leaves you feeling like you’re in the midst of a chaotic, slaughtering whirlwind. And they do all that while also generating a genuinely sinister aura. 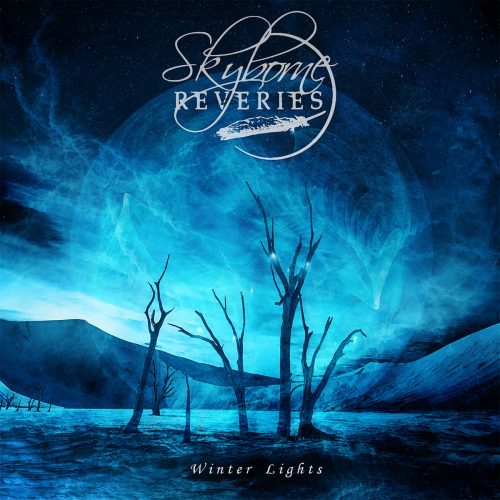 At first I thought this final song would be too pretty for my current mood, but it grew on me steadily, its ethereal brightness blooming like early morning rays first seen through a mist that become a brilliant sunrise. The caustic bite of the vocals leavens the emotional rapture, which itself is leavened with an undercurrent of melancholy. What sealed the deal for me was the dramatic surge of intensity just past the halfway point and the stately melodic fanfare that follows it, and repeats long enough to hammer itself into the mind, before things get mystically pretty again.

The song is the title track from Winter Lights by the aptly named Skyborne Reveries, a one-man band from Australia. The album will be released by Naturmacht Productions on May 25th.

(Thanks again to HGD for recommending this track to me.)