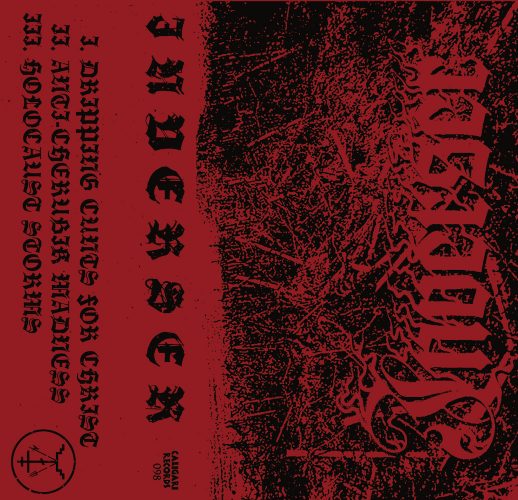 It’s not unusual for us to receive written presentations of new music that take almost as long to read as it takes to listen to the music, with so much background detail about the history of the bands, their endless line-up changes, the dispiriting obstacles they overcame with Herculean perseverance, and the deep thought and arduous work that went into the crafting of the (allegedly) momentous lyrics and the (allegedly) ground-breaking music that you feel tired before ever pressing play.

And then sometimes there’s nothing at all but the music. And sometimes the music strikes like lightening from the clear blue sky. That’s what happened in the case of the debut demo of Inverser, which we present to you today. 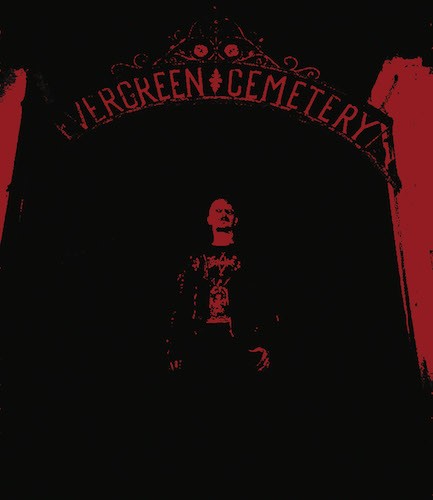 These three tracks of magnificent black/death terror flow together in the stream, as they will on the tape edition that Caligari Records will release on May 18th. If you pay close attention, you can tell when one track ends and the next begins, but that will be the least of your cares once you get into this. It pulls you in and rockets you forward with such fearsome power and breathtaking fury that simply reveling in the head-spinning immensity of the sound for nearly 20 minutes is all you can manage (and all you should really want to do).

At the beginning, there is something like a prelude, with long rising chords projecting a feeling of sinister grandeur and looming disaster over eruptions of blazing-fast drumming. And then the vortex pulls you in, a boiling cyclone of racing fretwork, percussive violence, and unmitigated vocal abomination. The music roars almost unabated, a storm of red chaos and black hate, orgiastic and throat-slashing. The vocals alone are enough to send a shock through the system — a full-force cacophony of horrifyingly bestial growls, unhinged roars, lunatic fulminations of vitriolic disgust, long wretched shrieks of skin-flaying torture.

And yet that sense of horrible grandeur present at the beginning never really goes away. There are big hammering chords in the music and soaring, braying, fanfare-like blasts of melody with an almost symphonic level of infernal menace, as well as brain-spearing spirals of reptilian melody. There are also strong head-moving movements mixed within the torrents of slashing violence. The most riveting of those comes at about 15 1/2 minutes in, when the music locks into an exalted hammering groove that’s a compulsive neck-bender — and it turns out this is a mesmeric prelude to an exotic extended guitar solo that sears, writhes, wails, moans, and echoes off the inside of your skull like the vibrations of a death rattle.

Genuinely potent stuff, this demo… and I have very little else to share with you about it, except that it’s the work of a single California musician who’s involved in some other projects.

And with that enthusiastic introduction, I’ll leave you to the music. If you like what you hear, put your order in with Caligari without delay. I have a feeling these tapes will go fast.

One Response to “AN NCS DEMO PREMIERE: INVERSER”